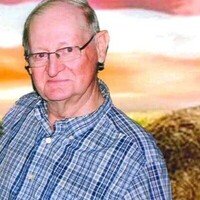 Mr. Ralph Vincent Glosemeyer, of Marthasville, passed away on Friday, December 2, in Washington. He was born on September 8, 1948, in Marthasville to the late Linus and Loretta (nee: Struckhoff) Glosemeyer. Ralph had reached the age of 74 years.

Ralph was united in marriage to Vikki Jean Baur on September 21, 1974, in Concord Hill. To this union, they welcomed two children, Mary and Ben. They spent 48 wonderful years together. Ralph was a lifelong resident of Warren County. He worked as a hog farmer throughout his adult life. He and Vikki were also very active members of St. Ignatius Catholic Church in Concord Hill. Ralph enjoyed working, whether on his farm or at his church. During his retirement, he enjoyed his part-time job working at Lowe's. He also enjoyed his time spent with his wife, children, and granddaughter. Ralph was a dedicated Christian man who loved the Lord and his family.

Mr. Ralph Glosemeyer was preceded in death by his parents, Linus and Loretta. Family members who will remain grateful for having shared in Ralph's life are his loving wife, Vikki Glosemeyer; his children, Mary Glosemeyer and Ben Glosemeyer; a granddaughter, Kali; two siblings, Diane Lierman and husband Kenny, Kathy Holtmeyer and husband Danny, all of Marthasville; one sister in law, Judy Bentley of Villa Rica, GA; several nieces, nephews, other relatives, and many friends.

A visitation for Mr. Glosemeyer will be held on Friday, December 9, from 4 p.m. - 8 p.m. at Martin Funeral Home in Marthasville. Funeral services will be held on Saturday, December 10 at St. Ignatius Catholic Church in Concord Hill, beginning at 10 a.m. Memorial donations are appreciated to The Pregnancy Assistance Center, Concord Hill Tech Foundation, or Masses to St. Ignatius in honor of Ralph c/o Martin Funeral Home. Online condolences may be made at www.martinfuneral.net