$2.2 million was the selling price for a cave containing 1,000-year-old Native American wall paintings and the 43 acres of land surrounding it in rural Warren County.

The auction for the land and … 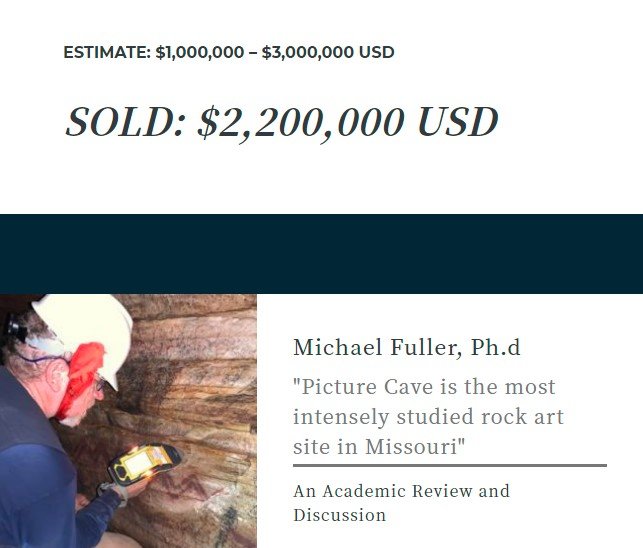 PICTURE CAVE SOLD — A screenshot from the website of Selkirk Auctioneers and Appraisers shows the sale price of Picture Cave and the 43 acres surrounding it in Warren County. Below the sale price is a link to one of several academic articles shared by auctioneers to promote the historical value of the cave.
Via Selkirk Auction Website 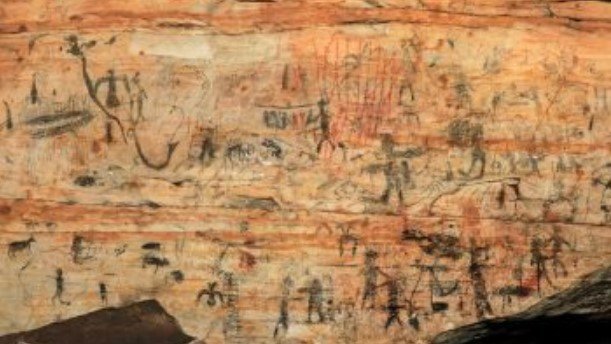 CAVE ART — This photo of a panel of wall art in Picture Cave was one of several shared by Selkirk Auctioneers and Appraisers to promote an auction of the property in Warren County. The Native American paintings are estimated to be around 1,000 years old.
Via Selkirk Auction Website
Previous Next
Posted Wednesday, September 22, 2021 3:50 pm
Adam Rollins, Staff Writer

$2.2 million was the selling price for a cave containing 1,000-year-old Native American wall paintings and the 43 acres of land surrounding it in rural Warren County.

The auction for the land and the cave, known as “Picture Cave,” closed on Sept. 14 and was officiated by Selkirk Auctioneers and Appraisers in St. Louis. Selkirk did not disclose the name of the buyer, who will pay over $51,000 per acre for the land and the historical treasure it contains.

The family that previously owned the land since the 1950s had used it primarily for hunting, and had made efforts to prevent trespassers from entering the area, according to Selkirk and academic researchers who have studied the cave. Those efforts include being nondescript about the exact location of the cave site.

While the cave has at times been either an item of curiosity or a hidden treasure to the modern residents of the area, researchers who have studied the artwork say the cave was once the site of sacred rituals and burials for the native people who once lived here.

In a statement last week issued to the Associated Press, leaders of the Osage Indian Nation said they had unsuccessfully sought to purchase the land, and were heartbroken to not be able to buy back one of their sacred sites. Although currently rooted in Oklahoma, Osage people lived in parts of Missouri and Illinois for 1,300 years, according to the statement.

The Associated Press quotes Bryan Laughlin, director of the Selkirk auction house, as stating that potential buyers for the cave were vetted to seek out those with an interest in respecting and preserving the cave site. Selkirk has also emphasized that Missouri law expressly forbids disturbing, vandalizing or damaging human burial sites. Those who violate that statute could be charged with a felony.

Protecting the cave site from theft or appropriation has been a real concern for the previous owners and researchers over the decades. In a 2015 book about the cave’s history, St. Louis-area archaeologists said the cave had been damaged by more than 150 years of graffiti and theft – people had chiseled artwork off the cave walls in order to take it from the site.