Every time Kathy Kehoe drives past Diekroeger Park, children are running around and climbing on the new playground equipment there.

“It’s been phenomenal,” said Kehoe, who … 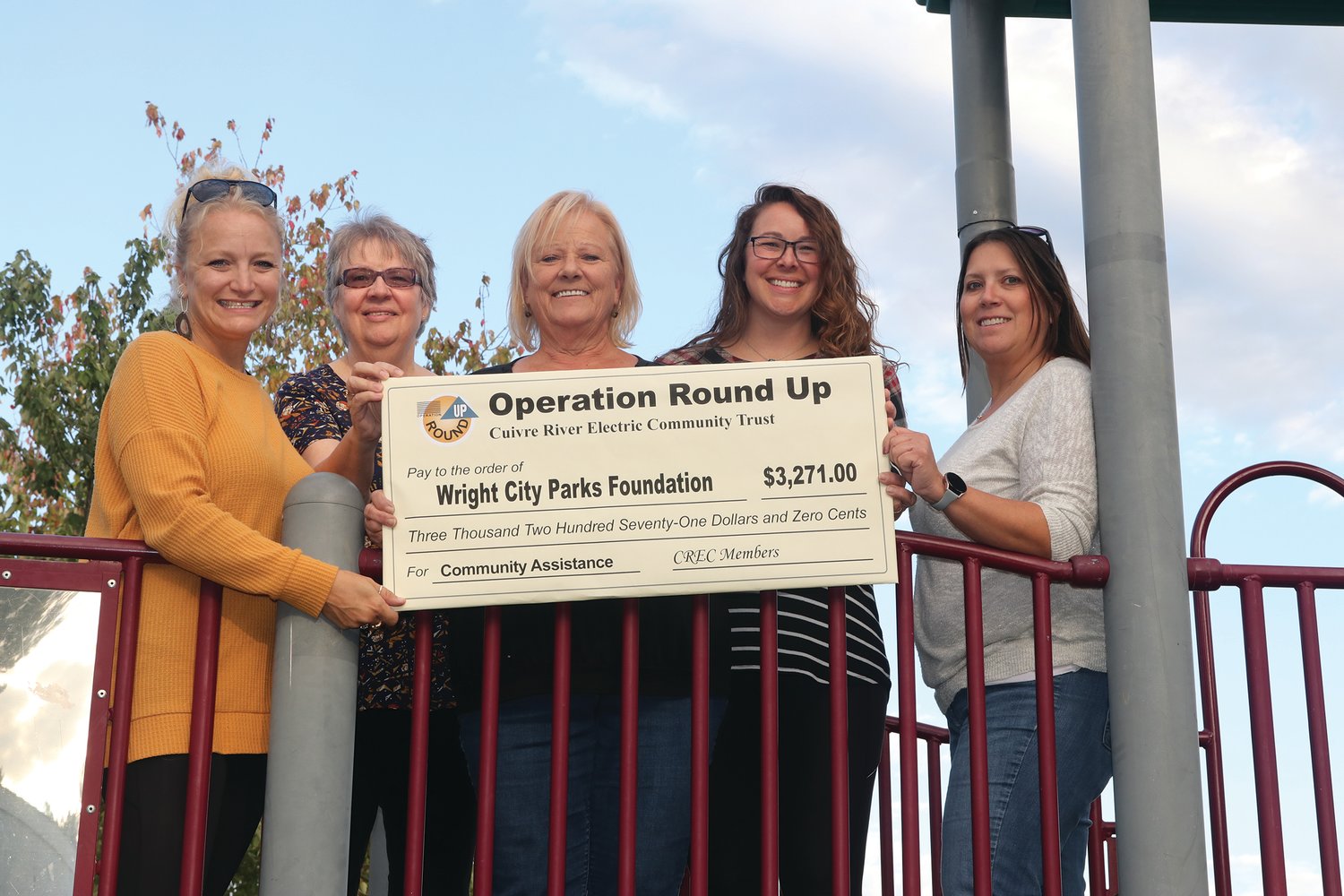 The Wright City Parks Foundation was presented with a $3,271 Operation Round Up grant to purchase an ADA swing for Diekroeger Park. Pictured above are members of the foundation, from left, Heidi Halleman, JoAnn Farmer, Kathy Kehoe, Julia Ramey and Tina Perry.
Submitted photo
Posted Monday, December 5, 2022 5:00 am

Every time Kathy Kehoe drives past Diekroeger Park, children are running around and climbing on the new playground equipment there.

“It’s been phenomenal,” said Kehoe, who serves on the board of the Wright City Parks Foundation and whose late husband spent years dedicating his time as the city’s parks director.

The foundation, along with other community groups and members, are working to make sure more improvements are being made to the city’s parks.

The foundation was recently awarded a $3,271 Operation Round Up grant to purchase an ADA swing for Diekroeger Park.

The swings were needed after the park’s older ones were removed when playground equipment was donated to the city and installed earlier this year.

“We didn’t know this was a need until contacted by the city, but after talking to some parents, I am really excited about it,” said foundation member Heidi Halleman.

Operation Round Up funds are donated by Cuivre River Electric members who participate in the program by rounding up their electric bill payments each month to the next highest dollar. The funds, administered by a seven-member volunteer board, are available to help individuals, families and organizations.

For more information contact Tim Schmidt, Operation Round Up coordinator, at tschmidt@cuivre.com or 636-695-4837.