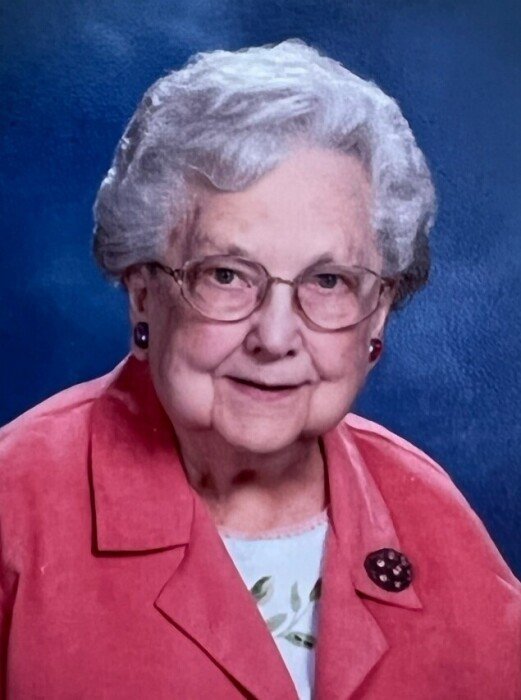 Melba Clara Wilmer McCarver of Wentzville passed away at Breeze Park, St. Charles, MO, on August 1, 2022, at the age of 94.

Melba was baptized and confirmed at Immanuel Lutheran Church in Wentzville. She graduated from the Deaconess Hospital School of Nursing in 1949 and earned a Bachelor's Degree in Nursing at the University of Missouri - Columbia in 1957. Melba operated a successful photo studio in Wentzville from 1962 to 1999. She moved to Breeze Park Retirement Campus in 2004 and was a long-time member of LWML at Immanuel and Breeze Park.

Melba was preceded in death by her father, Edwin Wilmer; mother, Alma Berkemeier Wilmer; son, Michael Dean; and brother, Bernard Wilmer. She was married to Donald McCarver for 39 years.

Visitation for Melba will be held Saturday, Aug. 6, 2022, from 9:30 to 11 a.m. at Immanuel Lutheran Church in Wentzville, with funeral services to immediately follow. She will be laid to rest at South Linn Cemetery in Wentzville.

Donations may be made to The Selma Mueller Memorial Fund or The Lutheran Women's Missionary League.