In a season that included lots more ups than downs, 24 victories, and a deep run in districts, the Warrenton Warriors girls volleyball team saw its season come to an end in four sets to Hannibal. Had … 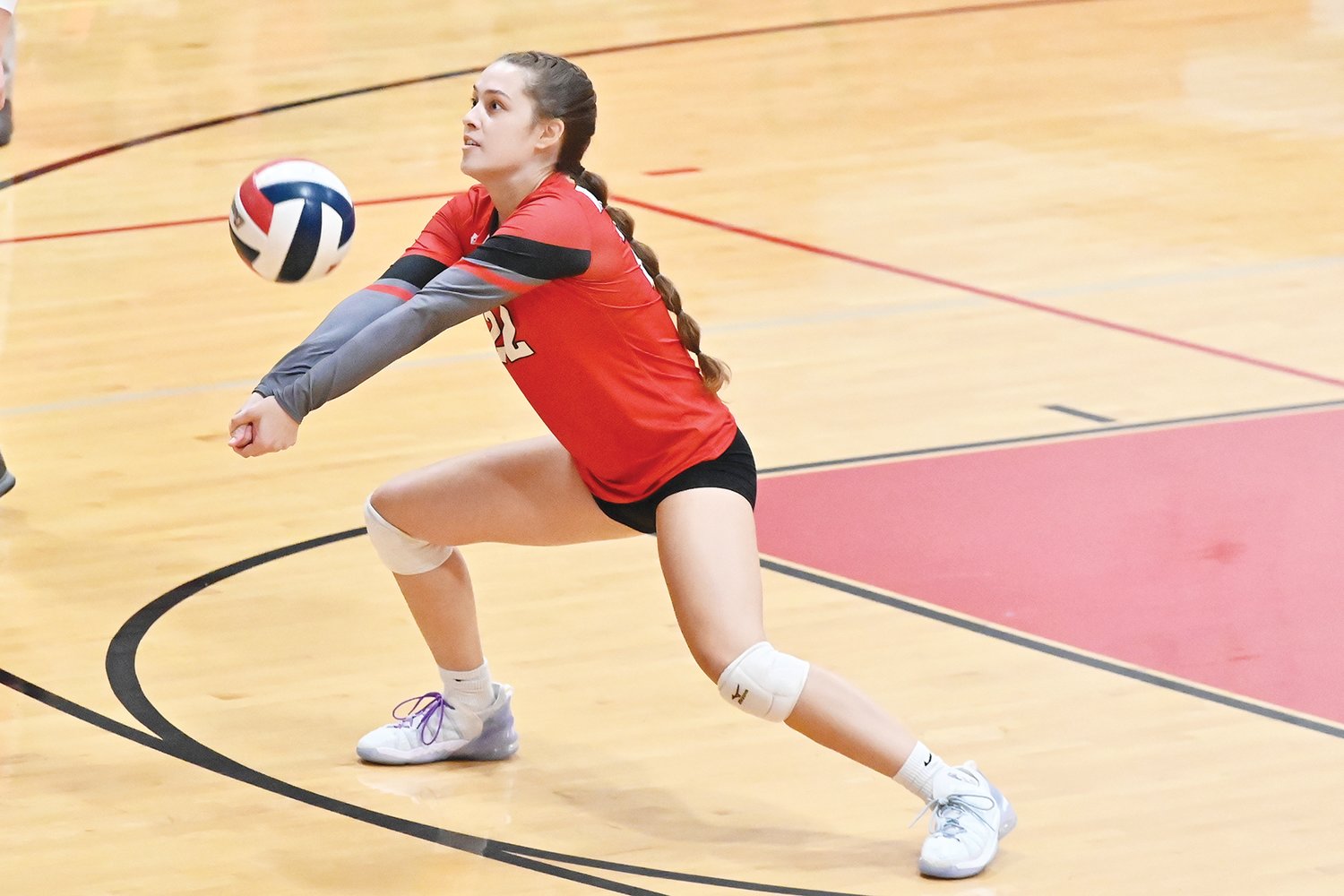 In a season that included lots more ups than downs, 24 victories, and a deep run in districts, the Warrenton Warriors girls volleyball team saw its season come to an end in four sets to Hannibal. Had the Warriors been victorious, it would have been the first district tournament title.

“The first set we missed our wakeup call and were beaten soundly. Hitting errors, passing errors, and serving errors spelled trouble,” said Warrenton coach Randy Kindschuh. “We regrouped and actually had a 24-23 lead but missed a serve that could have won the game.”

“I had watched several game tapes on Hannibal and truly felt we were the better team and would win districts,” he said. “They had a really good outside hitter, Bella Falconer, but we had a more complete team. But games are not won on paper, you have to make plays and Hannibal made a few more than we did when it counted.”

With a final record of 24-10-1, the Warriors can now look to next season and find the best path to replace five seniors.

“They won 87 games in four years and have two district runner-up titles and several tournament titles on their resumes,” said Kindschuh. “All of them hold prominent positions on our all-time season record board and career record boards.”

That group includes Alyssa Bruce, Abby Hammerberg, Olivia Morgan, Josey Schipper and Ella Smith. Kindschuh told The Record that each of these seniors will be missed.

“Alyssa was a three year starter at libero and a four year letter winner - the only freshman letter for me in 27 years of coaching. She smashed the single season passing record with an average of 2.46, breaking the previous record held by Amber Glazebrook at 2.41,” he said.

“She also finished in second place in career passing averaging 2.36 over her four years on the team. Alyssa is also the single season record holder in digs (513) and career digs (1,266) Alyssa was fourth on the team in aces with 61 and also chipped in 50 assists from her libero spot.”

Hammerberg, a setter, was another three year starter for the Warriors.

Morgan, who found herself in the starting lineup for about a year and a half, was also a key contributor.

Schipper, according to her coach, was the workhorse of the team.

“She was a six rotation player who passed a respectable 2.20 and was third on the team with 67 ace serves,” said Kindschuh. “Josey smashed the single season kills record of 379 held by Allison Tonioli by recording 451 kills and hitting .317. Her effort also moved her up to number three on the career kills record board.”

Smith has also had an impact on the team and will be missed.

“Ella has been a two year starter at right side hitter,” said Kindschuh. “She was third on the team with 200 kills and was a force on the right side blocking.”

Overall, the Warriors coach knows the value this group brought to the team.

“All of these girls will be hard to replace,” he said. “They all worked very hard, both during the year and the offseason to fine tune their games.”