The Liberty Christian girls basketball team’s unbeaten streak against MSHSAA schools is on the line Wednesday night. And the outcome will also decide if their undefeated run to open the season … 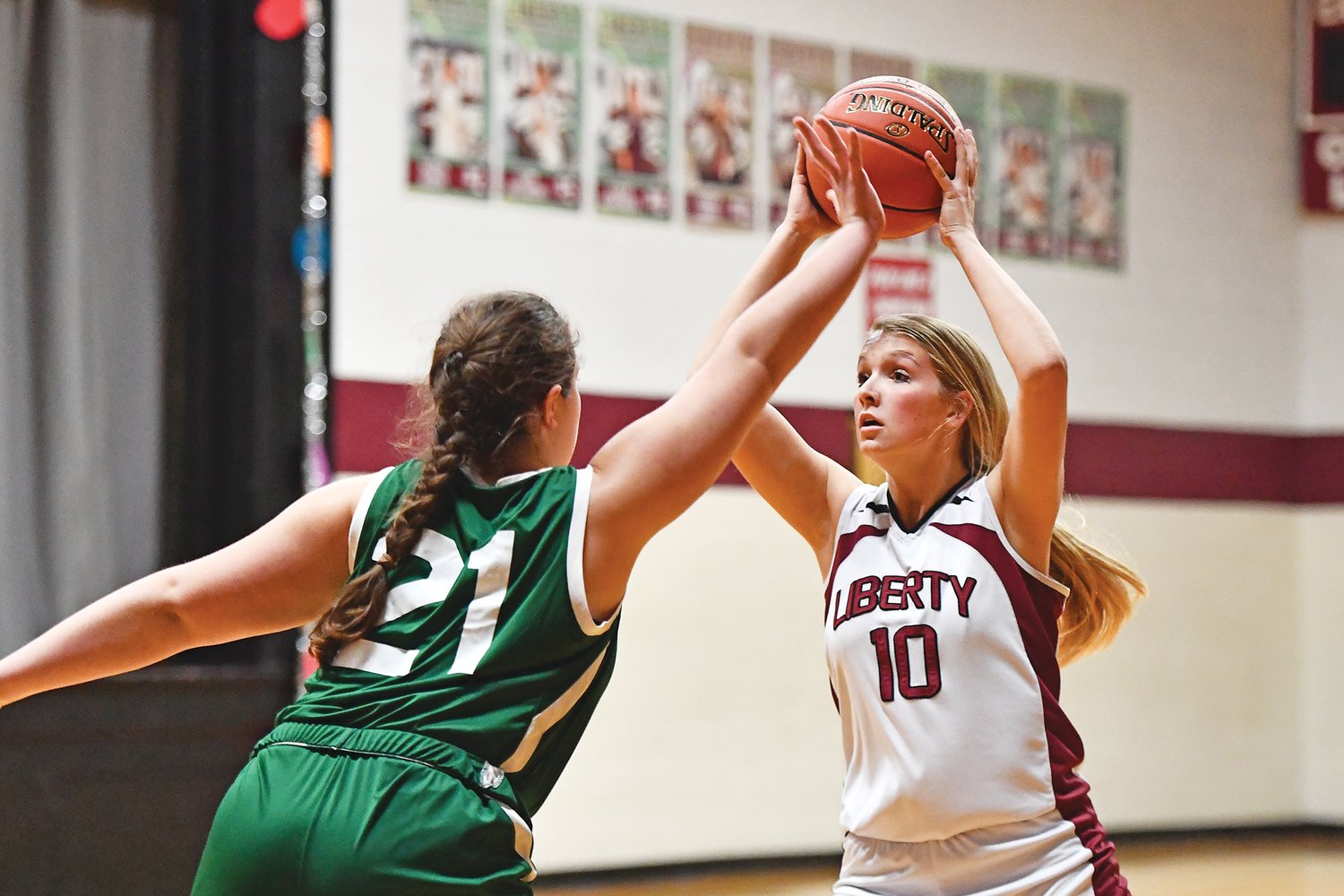 RUN CONTINUES — Liberty Christian senior Andrea Mueller (10) looks to make a pass during a game earlier this season against The Fulton School. The Eagles were scheduled to face Grandview on Wednesday night in the title game of the Bourbon Tournament.
Bill Barrett photo
Posted Wednesday, January 12, 2022 4:19 pm

The Liberty Christian girls basketball team’s unbeaten streak against MSHSAA schools is on the line Wednesday night. And the outcome will also decide if their undefeated run to open the season stays intact.

The top-seeded Eagles were scheduled to face Grandview Wednesday in the championship game of the Bourbon Tournament.

They advanced to the title game thanks to a 47-32 win over Pacific in the semifinals Jan. 8.

Liberty Christian held the Indians to single digits in three of the four quarters, jumping out to a 13-4 lead in the opening quarter and 26-13 at halftime.

The win improved Liberty Christian to 15-0 overall. The Eagles, who play in the Missouri Christian School Athletic Association, have won all six contests against MSHSAA schools.

The Liberty Christian boys fell 61-22 to Cuba in the consolation championship of the Bourbon Tournament Friday night.

Two nights earlier, the Eagles rebounded with a 65-51 win over Viburnum.