A special celebration was held Sunday, June 26, to dedicate Villa 2 at Bethel Hills Community and honor the volunteer craftsmen who dedicated hundreds of hours to make it possible. 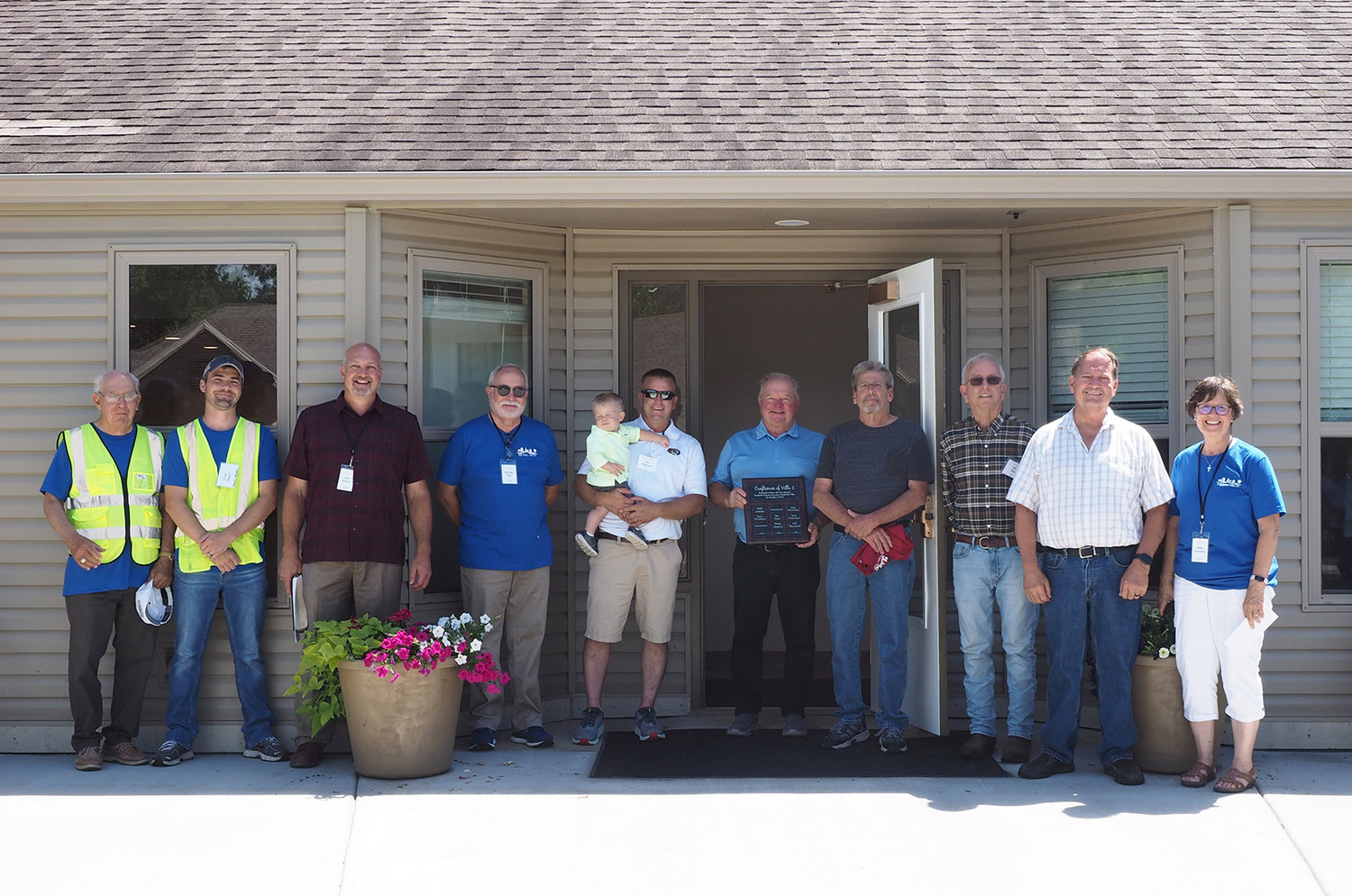 VILLA 2 DEDICATION — A duplex containing six apartments with a common room in each is the latest building to be opened at Bethel Hills Community in Dutzow. A dedication of the living area was held Sunday, June 26.
Cindy Gladden photo 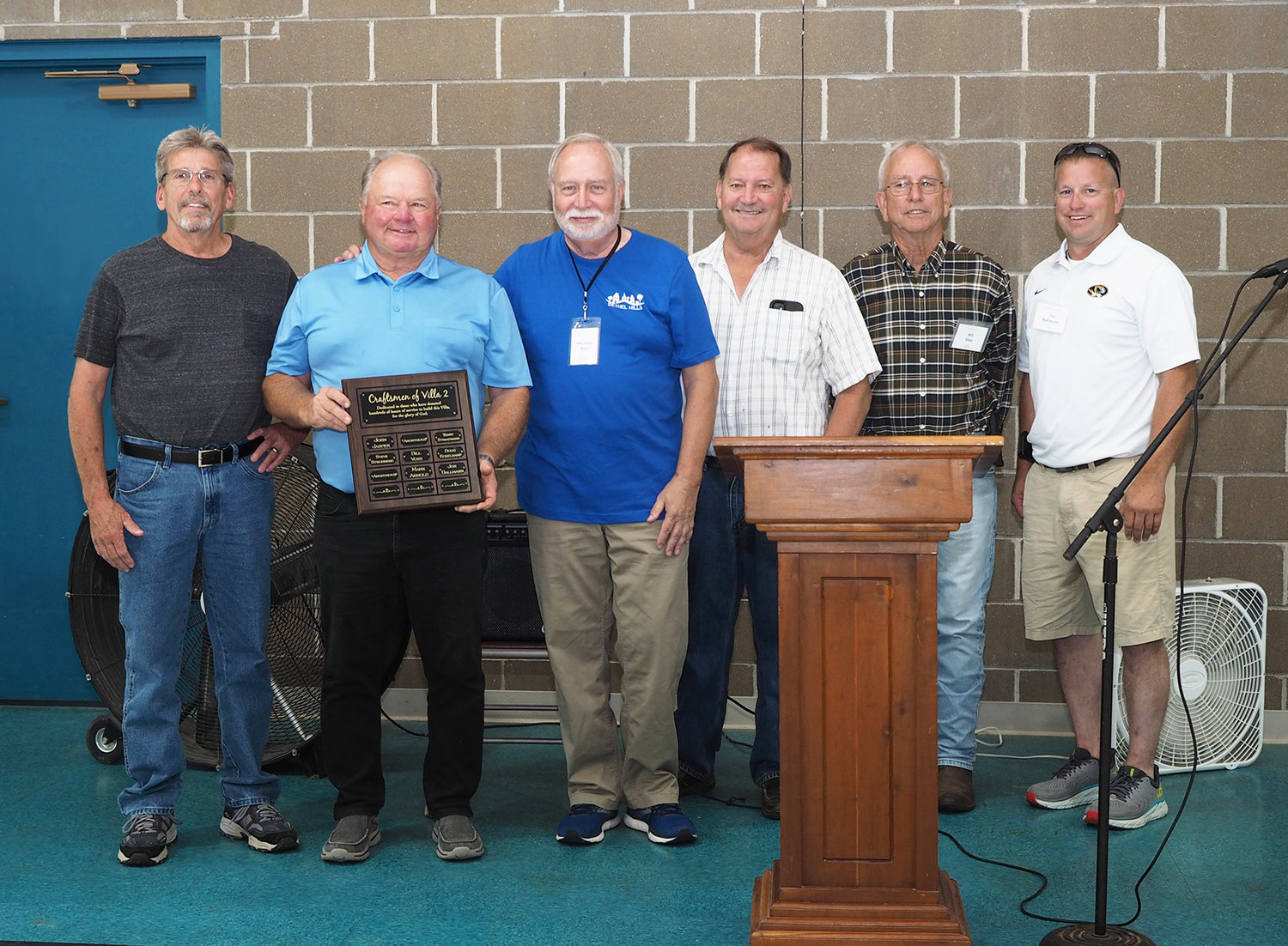 CRAFTSMEN HONORED — A group of skilled craftsmen were honored Sunday, June 26, during the dedication of Villa 2 at Bethel Hills Community in Dutzow. Bethel Hills is a unique community, tailoring to both people with and without developmental disabilities. The team of men were able to save the community $450,000 with their combined effort and the help of countless community volunteers. Pictured, from left, are Mark Arnold, John Jasper, board vice president Michael Rea, Doug Eckelkamp, Bill Voss and Jon Ballmann. Not pictured is Terry Straatmann and two anonymous master plumbers.
Cindy Gladden photo 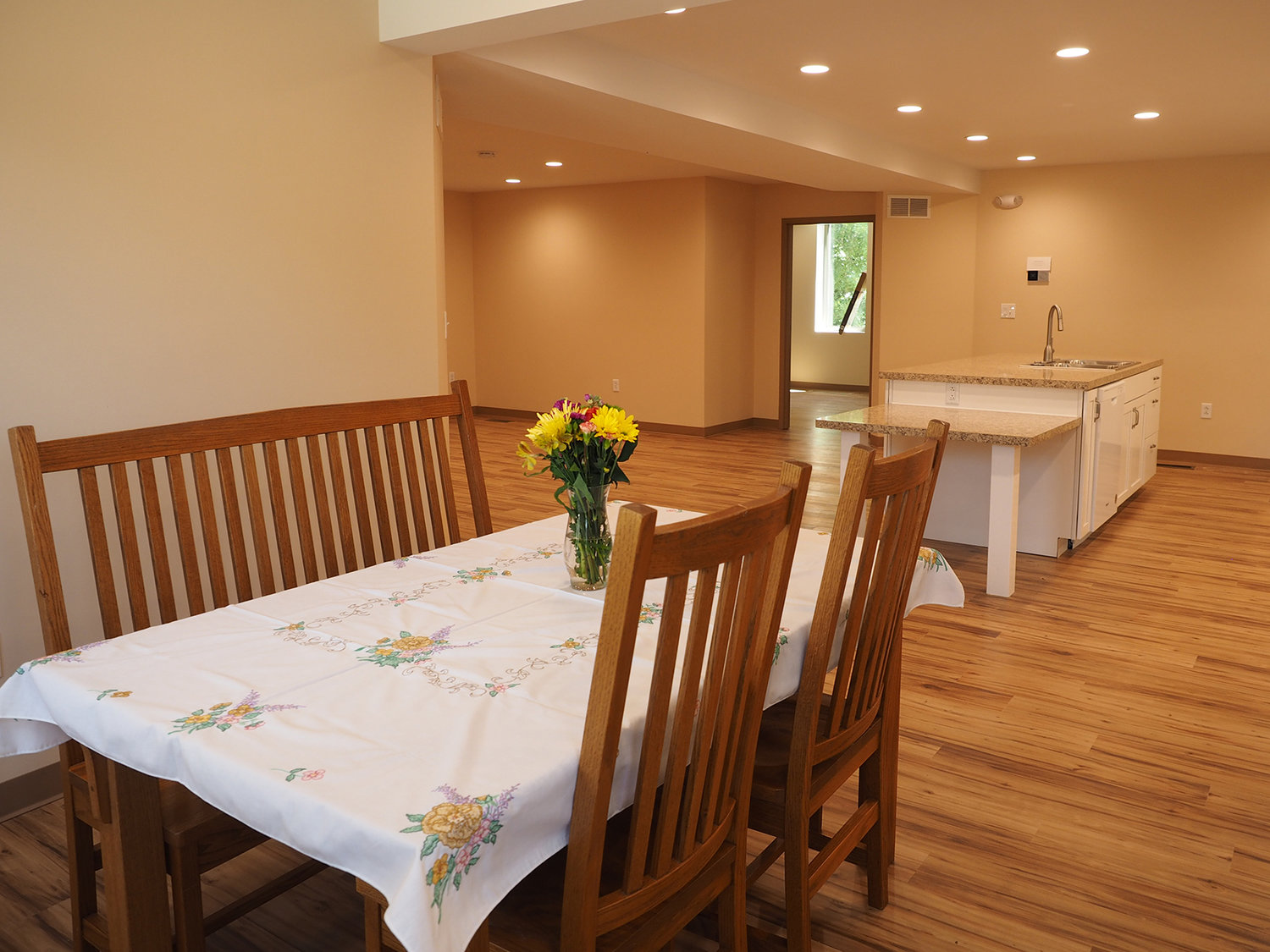 VILLA 2 INTERIOR — Villa 2 was officially dedicated and is ready for residents to move in. A special ceremony was held Sunday, June 26 at Bethel Hills Community in Dutzow. Villa 2 includes three studio apartments on each side of the duplex. Each apartment includes its own kitchenette and the common room includes a larger kitchen area. Each duplex includes an ADA bathroom.
Cindy Gladden photo
Previous Next
Posted Friday, July 1, 2022 5:00 am
Cindy Gladden, Correspondent

A special celebration was held Sunday, June 26, to dedicate Villa 2 at Bethel Hills Community and honor the volunteer craftsmen who dedicated hundreds of hours to make it possible.

A year and a half ago, the dream of a community where individuals with and without developmental disabilities can live together in a unique neighborhood began its journey to becoming reality. Today, four residences are occupied and seven more individuals will move in before September. Other units, where renovations haven’t even begun, are already spoken for.

Bethel Hills is located on Highway T in Dutzow and is the former home of Rocky Vine Catholic Camp and Voelkerding Village. Its goal is to house 45 to 75 individuals above the age of 21, who may or may not have developmental disabilities.

Director Billie Kramme said the community exists because of the efforts of volunteers.

“In March of last year, we had no idea how we were going to move forward,” said Kramme. “We could not be where we are without volunteers and a community of people who have stepped forward to say ‘we care’ about people with developmental disabilities.”

During the dedication, a team of men was recognized for hundreds of work hours they gave to make the opening of Villa 2 possible. John Jasper, retired contractor and carpenter, offered to head up the project as the project manager. He said he was inspired by the volunteer efforts of others. He hadn’t planned to take on such a project as he “transitioned” to retirement.

“Nobody was going to be a quarterback here,” he said. “There were a lot of volunteers with a lot of ideas and I felt like I could do it. Even after all my years in the industry, this was the best team I have ever seen go together. It was my pleasure and honor to be a part.”

Pastor John Wagner, of First Christian Church in Union, led the dedication of the building. He said Bethel means “house of the Lord.”

“God was behind it all,” he said. “We are so blessed to experience the grace, goodness and mercy of God and the generosity of this community. There are so many hands that have helped. I believe this is going to be a revolutionary idea in the area.”

Villa 2 includes three studio apartments on each side of the duplex. It will be fully occupied in January. Residents with developmental disabilities contract with approved service providers for their own support care.

Bethel Hills Community is located at 10450 Voelkerding Road in Dutzow. For more information visit bethelhills.org or its Facebook page. Bethel Hills, a faith-based community, was founded by Advocates for Community Choice.