It began with a dream to provide a community for adults with developmental disabilities, but that dream began with no money to take the first step.

“The board of directors had a fantastic … 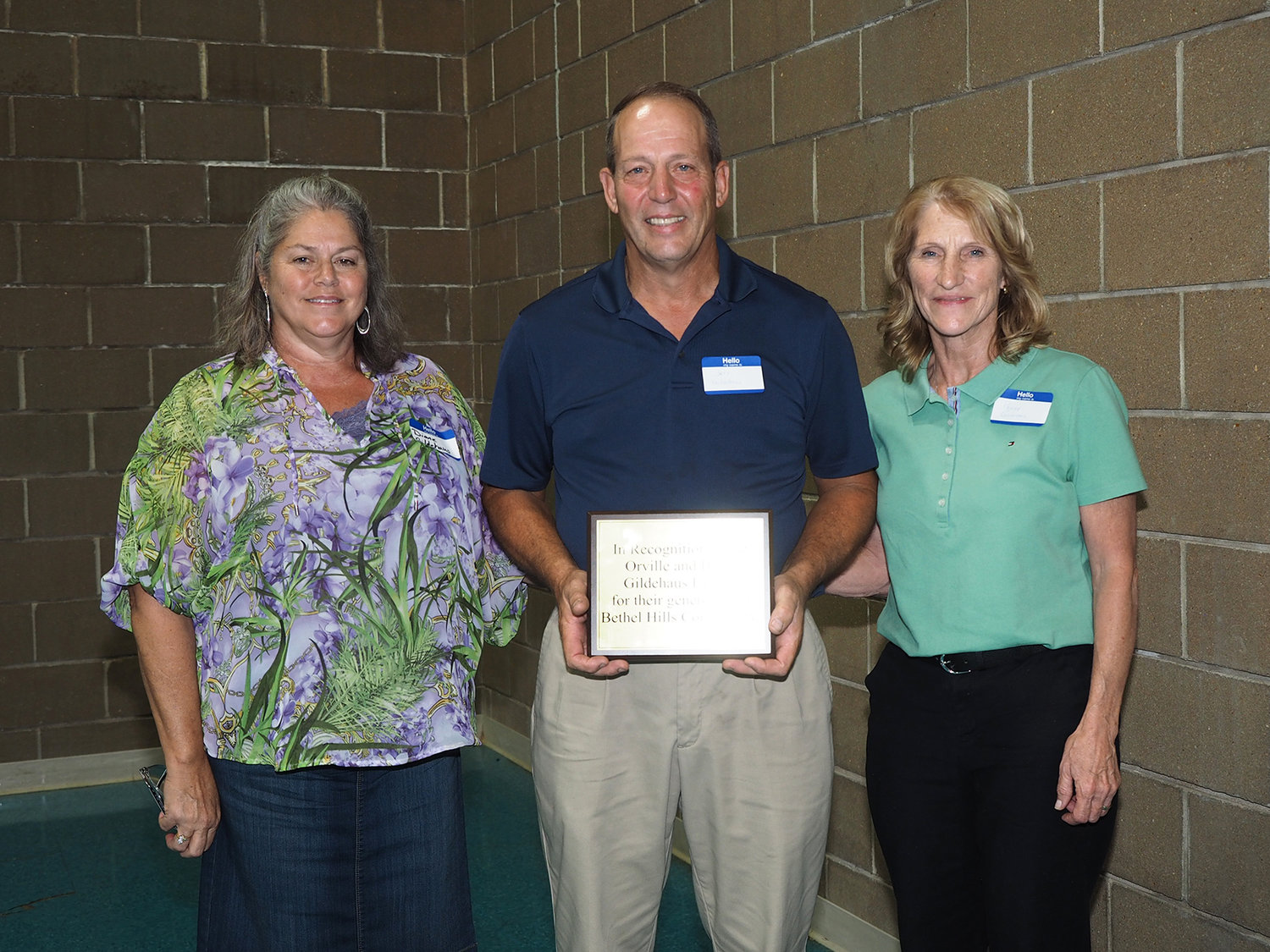 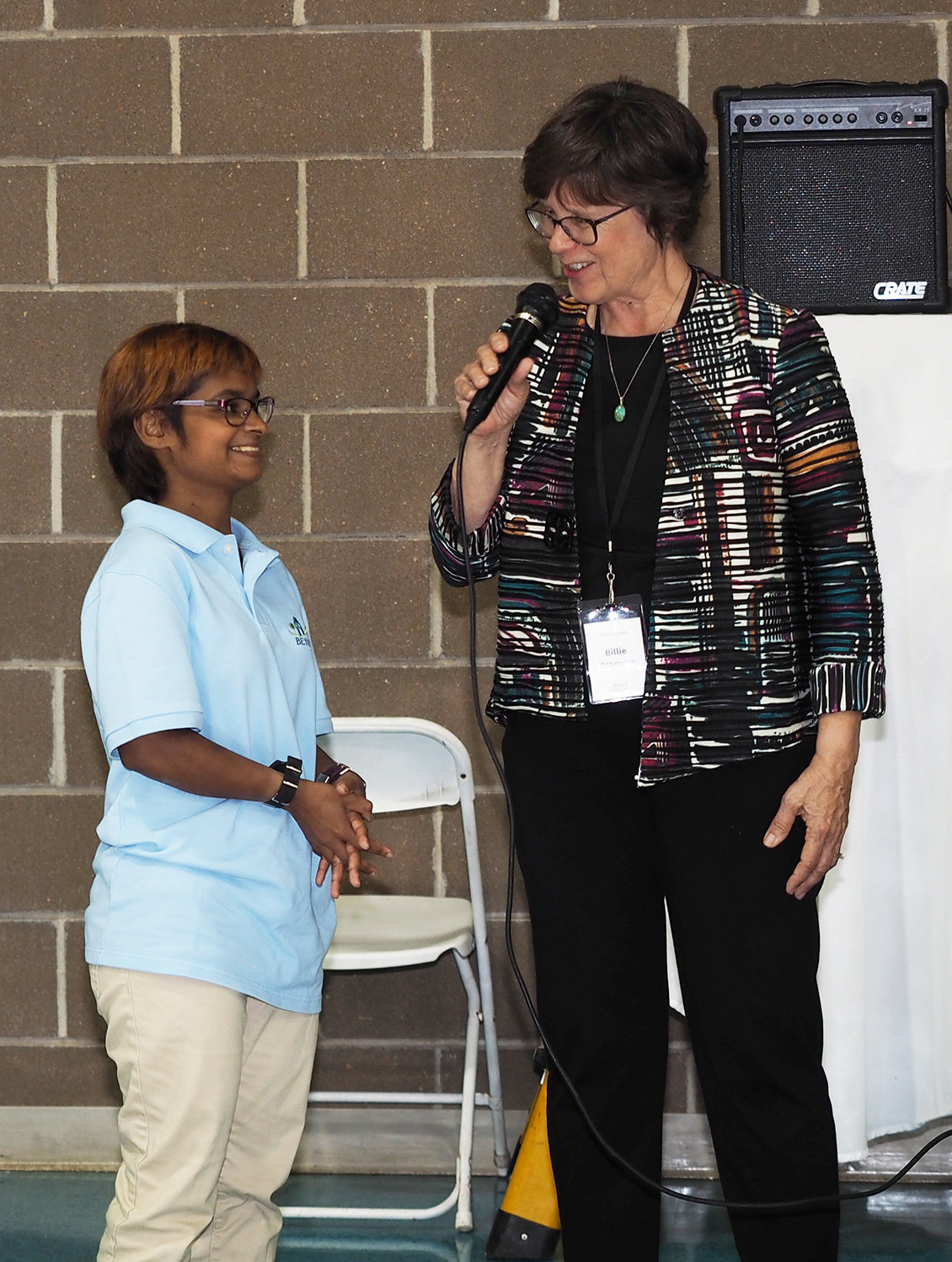 RESIDENT TESTIMONY — Anj Holz, left, answered questions from Billie Kramme, Bethel Hills Board President, during a Founders Recognition Dinner held Thursday, Sept. 15. Holz told what it was like living at Bethel Hills Community and how happy she is with her studio apartment and the neighbors that continue to move into the community.
Cindy Gladden photo
Previous Next
Posted Sunday, September 25, 2022 5:00 am
Cindy Gladden, Correspondent

It began with a dream to provide a community for adults with developmental disabilities, but that dream began with no money to take the first step.

“The board of directors had a fantastic and amazing dream, but no money,” said Billie Kramme, board president of Bethel Hills. “They had an amazing business and strategic plan, but no money. Tonight we want to celebrate the founders. Who are they?”

Kramme explained the founders are the first 100 people who responded to a letter appealing for money to support the dream. She said they took the risk with nothing to go on and each donated $1,000 to begin the project.

“At the end of 2020, we received a phone call offering a major donation,” she said. “Because of this, we got the property.”

Kramme told how volunteer plumbers, electricians and carpenters donated an estimated $400,000 worth of labor. The Walter and Jean Voelkerding Trust donated $150,000 toward the Bethel Hills chapel in memory of Victor Voelkerding. Steve and Susan Kuenzel donated $250,000 to name the event center and hosted the founder’s dinner event.

Jeff, Peggy and Diane Gildehaus were recognized during the event. They were representing the Orville and Betty Gildehaus family, who donated $75,000 to the Bethel Hills Community.

Kramme said there are now 10 residents at Bethel Hills with another six to move in during the next few weeks. There is also a waiting list for the next residential building, which is due to undergo renovations beginning early next year. It will house eight more people.

Phase II will be located across from the gym and will be built from the ground up. Kramme said there is also a waiting list for that project.

“The people who live here are people with developmental disabilities and people who don’t, who want to be supportive neighbors,” she said.

Anj Holz, a resident at Bethel Hills, said she has occupied her studio apartment for eight months. She said she learned there doesn’t need to be an order to how things happen in your life – school, college, marriage, babies. She is thrilled with the direction her life has taken in bringing her to live on her own at Bethel Hills, even if it wasn’t in her plan.

“The sunsets here are so much more magnificent here in the country,” she said.

Anj said she recently took a “joy ride” on a Polaris UTV and saw deer and their babies in the fields near her apartment.

John Jasper, retired carpenter, said he was overwhelmed with the volunteers and what they had accomplished. They inspired him to become one of Bethel’s top volunteers. He said Kramme had been an inspiration to all the volunteers.

“She was so inspiring and had such a dream,” said Jasper. “She had such excitement and push.”

Steve Kuenzel was also inspired by the work going on at Bethel. He made an appointment with Kramme to see what was going on. After the meeting, the couple was convinced it was a project they wanted to sink their teeth into.

“This dinner is to thank everyone,” said Kuenzel. “We want to do it every year.”