Another booming year of support for ag youth

Another booming year of support for ag youth 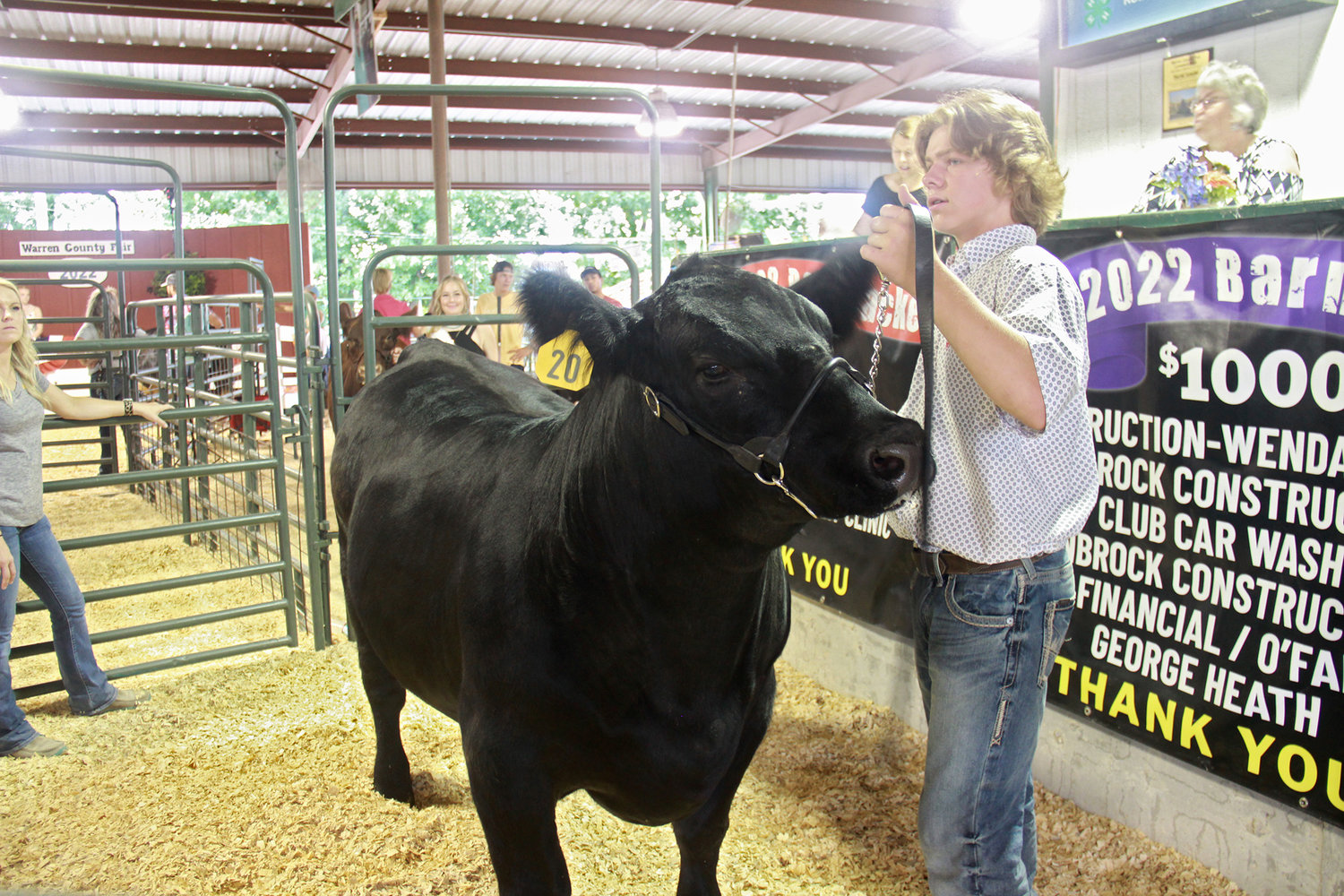 OUTSTANDING AUCTION — An exhibitor brings a steer up for sale at the July 7 livestock auction at the Warren County Fair. Over $447,000 was brought in by 167 youth exhibitors.
Adam Rollins photo
Posted Friday, July 15, 2022 11:30 am
Adam Rollins, Staff Writer

Warren County’s agricultural community is celebrating another great year at the Warren County Fair after a week of animal shows and fun events that included an outpouring of financial support from community members.

Youth livestock exhibits are one of the central features of fair week, which was July 3-9 in Warrenton. Around 167 young 4-H and FFA members showed animals from rabbits to cattle in competitive exhibitions, earning awards both for their animals and for their own showmanship. There’s a wide age range among the young exhibitors, who often cite caring for and showing animals as an important part of growing up.

“It went fabulous. We had similar participation to what we had last year, and we thought it went great, considering the weather,” commented livestock co-coordinator Steve Molitor.

The livestock shows were a little uncomfortable during overly hot weather early in the week, but those involved took every step they could to keep all the animals cool in the shaded livestock pavilion, Molitor said. Smaller animals were sent home earlier in the week than usual to get them out of the heat.

“Most of the animals did well. ... The kids did a great job keeping the animals cool,” he commented.

Six categories of animals are shown at the Warren County Fair — rabbits, beef cattle, hogs, lambs, goats, and poultry — with a number of awards in each category. Below are this year’s overall grand champion winners for each animal:

Molitor said he was blown away by another year of outstanding financial support from local business owners and community members at the annual livestock auction held July 7. Each youth exhibitor gets to sell one animal at the auction, and proceeds from the auction typically go toward future education or entrepreneurship.

Net proceeds from this year’s auction of 167 animals came in at $447,716, just $70 shy of last year’s record-smashing total. Considering last year was the return from COVID shutdowns, Molitor said organizers hadn’t expected to see such support for a second year.

“They carried right over into this year. ... I really didn’t think it would happen again this year, but it did,” Molitor said. “If that’s the new norm, that’s great for the kids. ... Businesses never cease to amaze me when they come out every year.”

These were the top earners for each group of animals at the auction this year: