After posting a 5-16 record last season, the Wright City girls basketball team is in position to take positive strides under first-year coach Abigail Modaff this year with a combination of returning … 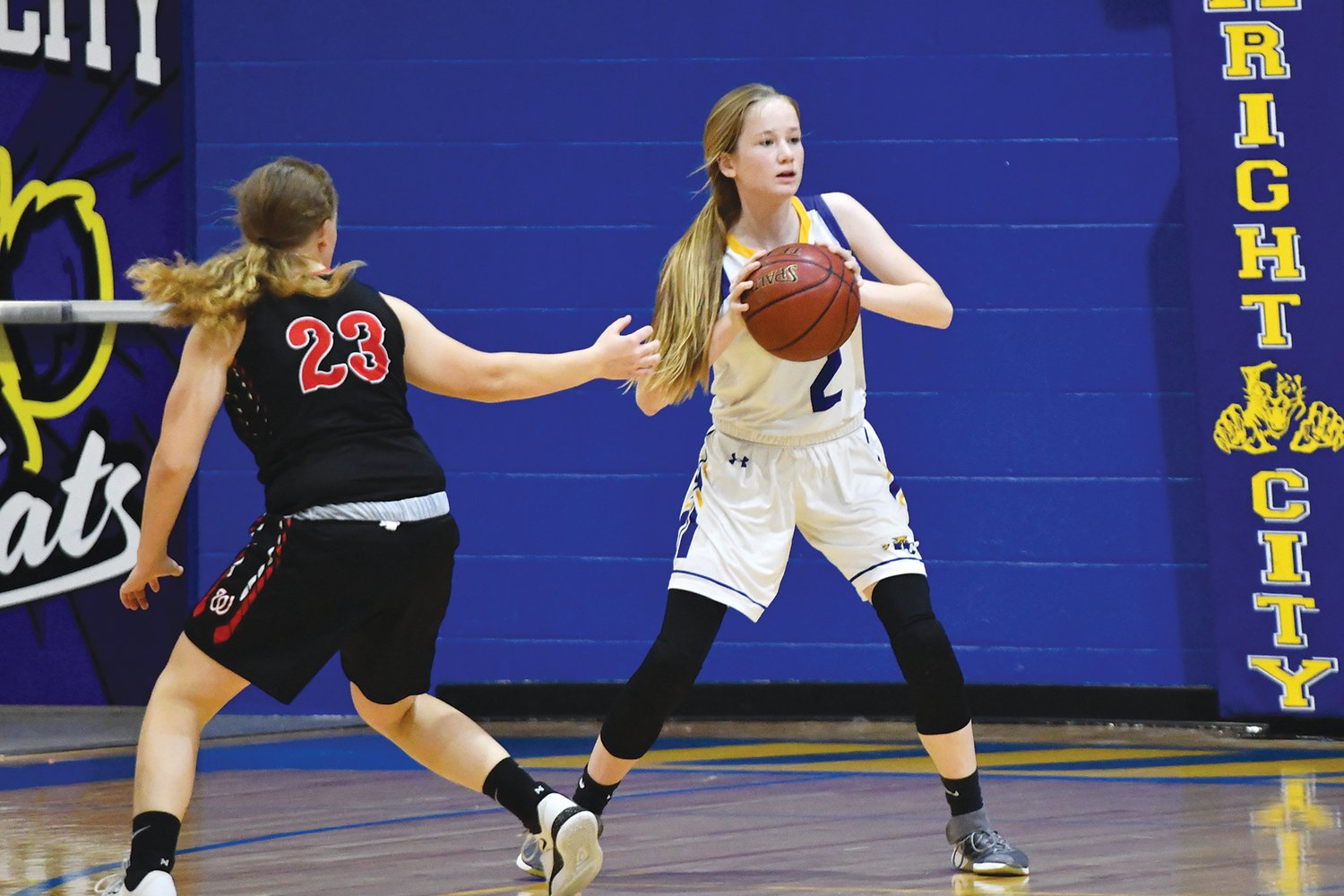 After posting a 5-16 record last season, the Wright City girls basketball team is in position to take positive strides under first-year coach Abigail Modaff this year with a combination of returning and new players to the roster.

The Wildcats return four contributors from last season — sophomore Sam Finch, sophomore Kaedyn Johnson, junior Katie Schanuel, and junior Jasmin Simpson — but Modaff plans to keep an open mind when it comes to the makeup of her team.

“As this is my first year as a head coach, I am looking at this team with a clean slate and letting the girls prove to me who will make an impact and who will step up in the leadership roles,” she said. “Throughout the first month of the season, a few key players from last year have proven that they are here to win and get better including Kaedyn Johnson, Jasmin Simpson, and Katie Schanuel returning from last year, and newcomers like senior Payton Simon and freshman Paige Rees have really shown their drive and commitment to the team.”

Modaff has, though, found that one player could be a strong leader for the 2021-2022 Wildcats.

“I rely on Kaedyn Johnson as my main leader on and off the court,” she said. “She has a strong sense of right and wrong in all situations and although just being a sophomore, she has proven that she wants to help make people better players and better people.”

As for results on the court, the Wildcats come into the season well prepared to succeed — and to extend that into a full culture of success off the court as well.

“We have worked during the summer and during preseason on making our game fast and more up-tempo with a strong emphasis on shooting the outside shot, and running the floor,” said Modaff. “We are hoping to use our athleticism through jumping the ball and getting out in front causing turnovers. We have a goal to have a .500 or above season, beat a few specific opponents on the schedule, all while changing the culture of girls basketball at Wright City. I am working on having Wright City girls basketball play to a standard and not only to the level of their competition. We are creating a culture that builds high school female athletes in more than the game of basketball but also as young adults.”