Not a whole lot will change on the next stop for Wright City seniors Ashleigh and Emily Williams during their volleyball journey. The twin duo will still don jerseys bearing a Wildcat logo and will … 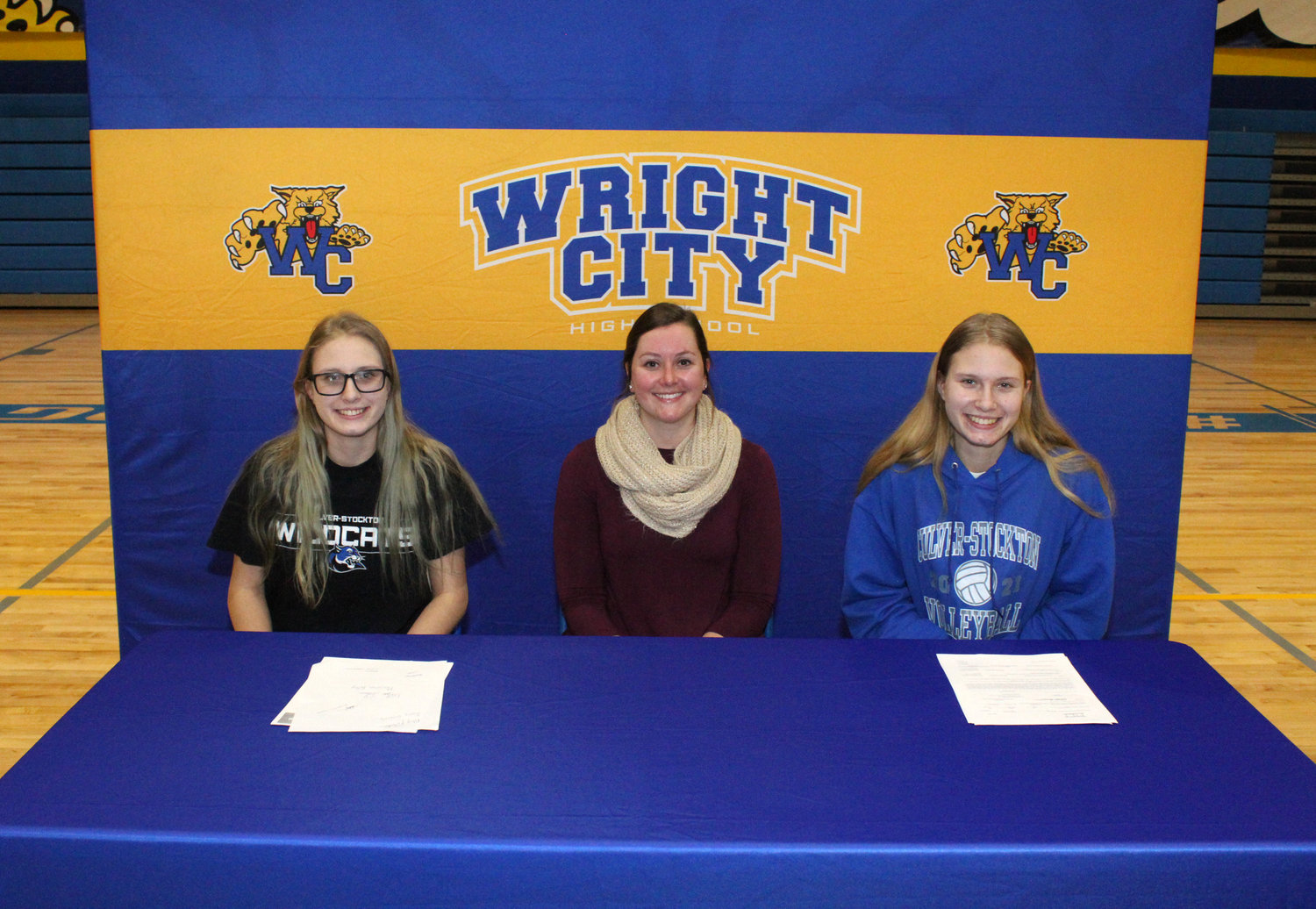 Not a whole lot will change on the next stop for Wright City seniors Ashleigh and Emily Williams during their volleyball journey. The twin duo will still don jerseys bearing a Wildcat logo and will share each other’s company in a venue resemblant of their hometown.

Family and friends joined together in the high school gymnasium on Feb. 3 to celebrate the sisters’ signing of their letters of intent. The Williams’ twins be taking their volleyball talents to the next level at Culver-Stockton University in Canton.

“Her and I are inseparable,” quipped Emily. “We can’t seem to get apart from each other. We need to be together apparently every day. We felt like it would make it easier on ourselves and for our parents.”

While their close bond influenced the decision to stay together, Canton’s similarities to Wright City also had appeal.

“It’s just a smaller school and coming from a smaller area, going there should be a smooth transition,” said Emily. “I just liked how the campus was all set up and enjoyed the tour.”

Ashleigh was a leader for the Wildcats with eight aces on 71 serves, along with five attacks and one kill. She had 219 serve receives.

“Ashleigh could be counted on, because any time the ball was in the back row, she was going to be there,” said Wright City Coach Christine Goldsmith.

Emily paced the Wildcats with 40 aces on 216 serves and had 426 serve receives.

“Emily was our best server and best serve receiver,” said Goldsmith. “She had one of the best stats in Missouri for a while, so that was amazing.

The sisters cite building bonds and making memories with their coach and teammates as the most valuable of their experiences at Wright City.

“Playing volleyball with my coach has been a lot of fun,” said Ashleigh. “She’d always write me letters to encourage me and bring up my positivity. She boosted my confidence and positivity.”

Goldsmith, who is in just her second season as head coach, is excited for the program to send players to the collegiate level.

“It’s amazing,” said Goldsmith. “It’s really cool to see them move on to the next level and hopefully have more follow in their footsteps.”

Ashleigh and Emily will be joining a Culver-Stockton program that finished 2-13 overall and 2-10 in the Heart of America Athletic Conference.

“I’m excited, because I don’t want to be separated from my twin,” said Ashleigh. “We do everything together and are always together. It’s adventurous to go places together. I’m excited to share a room and play volleyball with her.”

Goldsmith believes the duo will contribute well on their next stop.

“They balance each other out really well and have the high energy,” said Goldsmith. “They pick each other up and help be leaders on the court. I think they’ll bring a lot of strength and power to the team.”