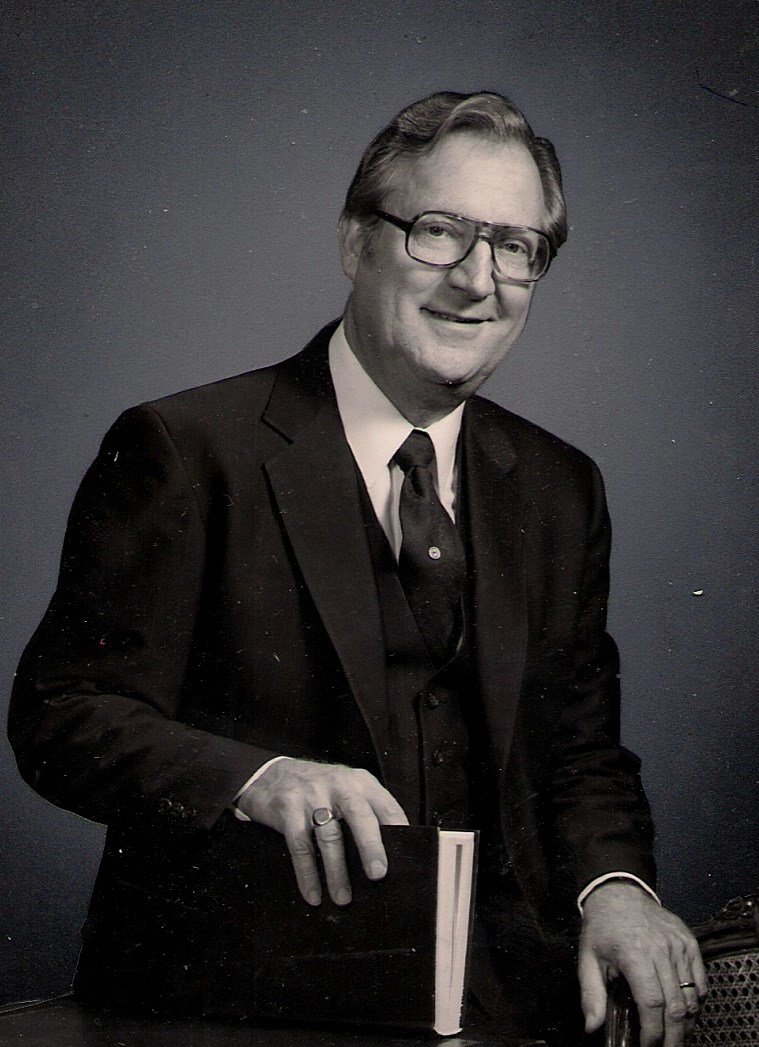 William Wallace Grant passed away on Sept. 24, 2022. He was born August 26, 1926, to Willie Randle and Cora E. Grant in Princeton, WV. He was one of five children who worked on their dairy farm. He graduated from Beaver High School, and was a veteran of WWII, 1945-1946. He attended McLaines Business College on the GI Bill, then joined his father in the mercantile business. He was married to Maryland G. Griffitts in 1952, and they were parents of three sons. Wallace attended Bluefield College in Bluefield, VA, and subsequently attended Moody Bible Institute in Chicago, graduating in 1956, then went on to Houghton College in New York, graduating in 1958 with a bachelor’s degree in social science, Bible minor.

Wallace began his professional career as a pastor for First Baptist Church in Belfast, NY, then accepted a call in 1959 to become State Director of West Virginia for Child Evangelism Fellowship (CEF), later being promoted Regional Director of the Central Region, headquartered in Denver, CO. In 1971, Wallace accepted the position of Director of Leadership Training Institute, and he moved his family to Muskegon, MI. In 1976, the Institute and International Headquarters for CEF relocated from Muskegon, MI to Warrenton, MO. In 1980, Wallace was appointed the first Director of Recruitment for CEF, traveling the entire United States and promoting the ministry of CEF in local state chapters, as well as Bible Colleges and Bible Institutes.

Wallace retired in 1998 but continued on as a full time volunteer with CEF, serving in the Mail Box Club. He was there just about every day to enjoy a cup of coffee with friends and associates. In 2009, Wallace was honored for celebrating his 50th year with CEF.

Wallace and his wife, Maryland, were chartered members of Fellowship Baptist Church of Warrenton, and both served by teaching children’s church. Wallace was a member of the Joy Senior Adult Choir.

Wallace was preceded in death by his beloved wife, Maryland, in 2006, and his middle son, Gary, in 2018. He is survived by two brothers, Randall Grant and his wife Rosemary of Bluefield WV, and Charles “Jack” Grant of Camden, DE; two sons and their wives, William Mark Grant, M.D. and Laura Grant, M.D. of Columbia, MO, and Jonathan Grant and Darlene Grant of Warrenton; six grandchildren; seventeen great-grandchildren; and Wallace’s dear companion in his latter years, Luisa Bratt.

Visitation will be held on Saturday, Oct. 1 from 10 to 11 a.m. at Fellowship Baptist Churchin Warrenton. A memorial service will immediately follow, also at the church. Memorial contributions may be made to CEF International, Box 348, Warrenton, MO, 63383; or Grant Scholarship, to the same address.