McRoberts broke off a 60-yard touchdown with just over 7 minutes left in the game... 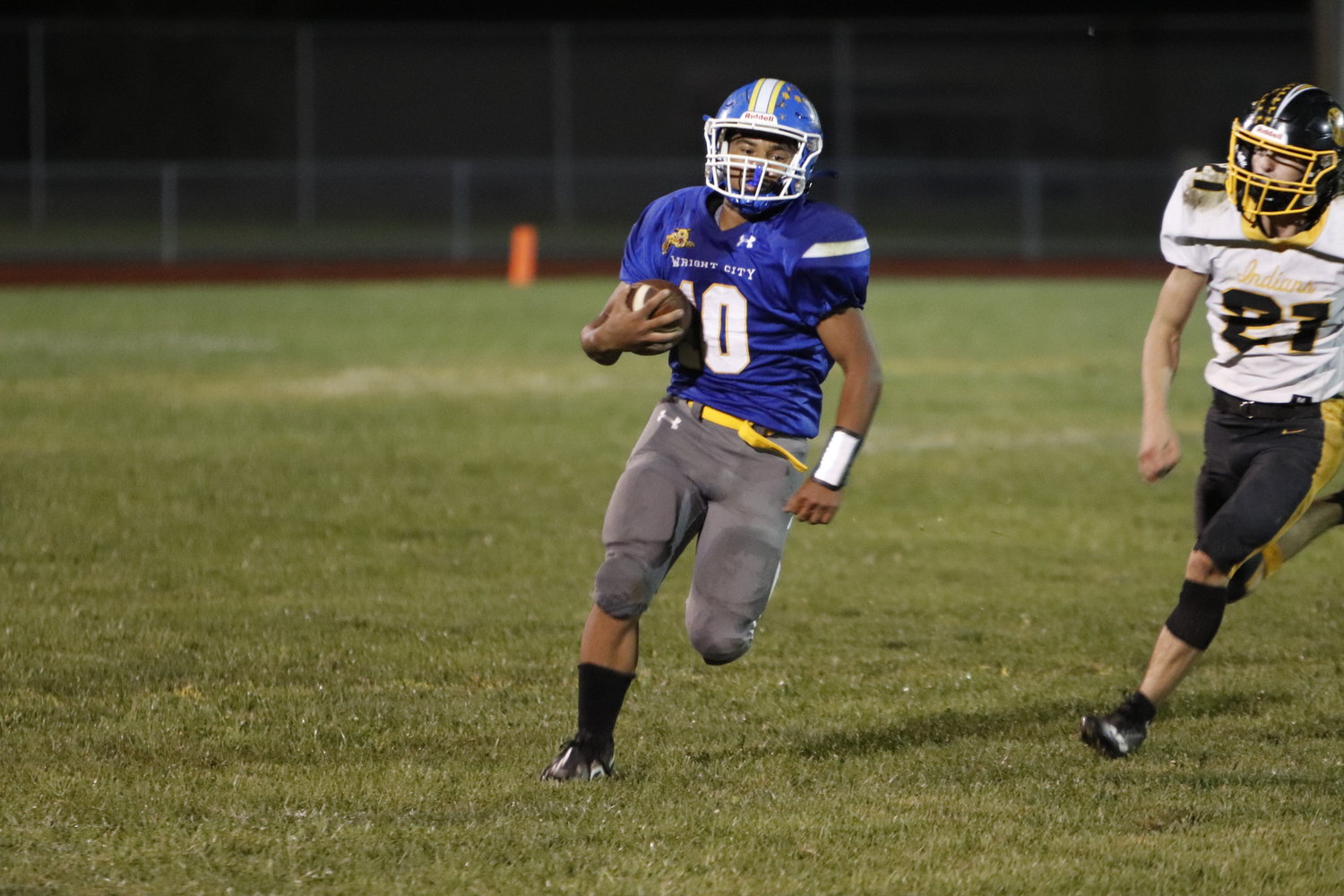 McRoberts broke off a 60-yard touchdown with just over 7 minutes left in the game to give Wright City (4-1) the lead. Wright City converted a two-point conversion to lead 34-28. After a Wright City defensive stop, McRoberts ran in another touchdown from 72 yards out to give the Wildcats a 13-point lead.

Wright City  jumped out to an early 13-0 lead. Joey Gendron threw a 60-yard touchdown pass to Jeremiah Davis on the first play from scrimmage in the game to give the Wildcats a 7-0 lead. McRoberts scored on a rushing touchdown later in the first quarter to give the Wildcats a 13-0 lead.  After Van Far scored a touchdown to trim the lead to 13-8, Nate Womack caught a touchdown pass from Joey Gendron early in the second quarter to give Wright City a 19-8 lead less than one minute into the second quarter. Van Far scored a pair of touchdowns later in the quarter to lead 22-19 at halftime.