The Wright City Wildcats have pushed their unbeaten streak to five games. Wright City (8-2-1) went 2-0-1 at the Moberly Invitational this past weekend. The Wildcats narrowly missed out on winning the … 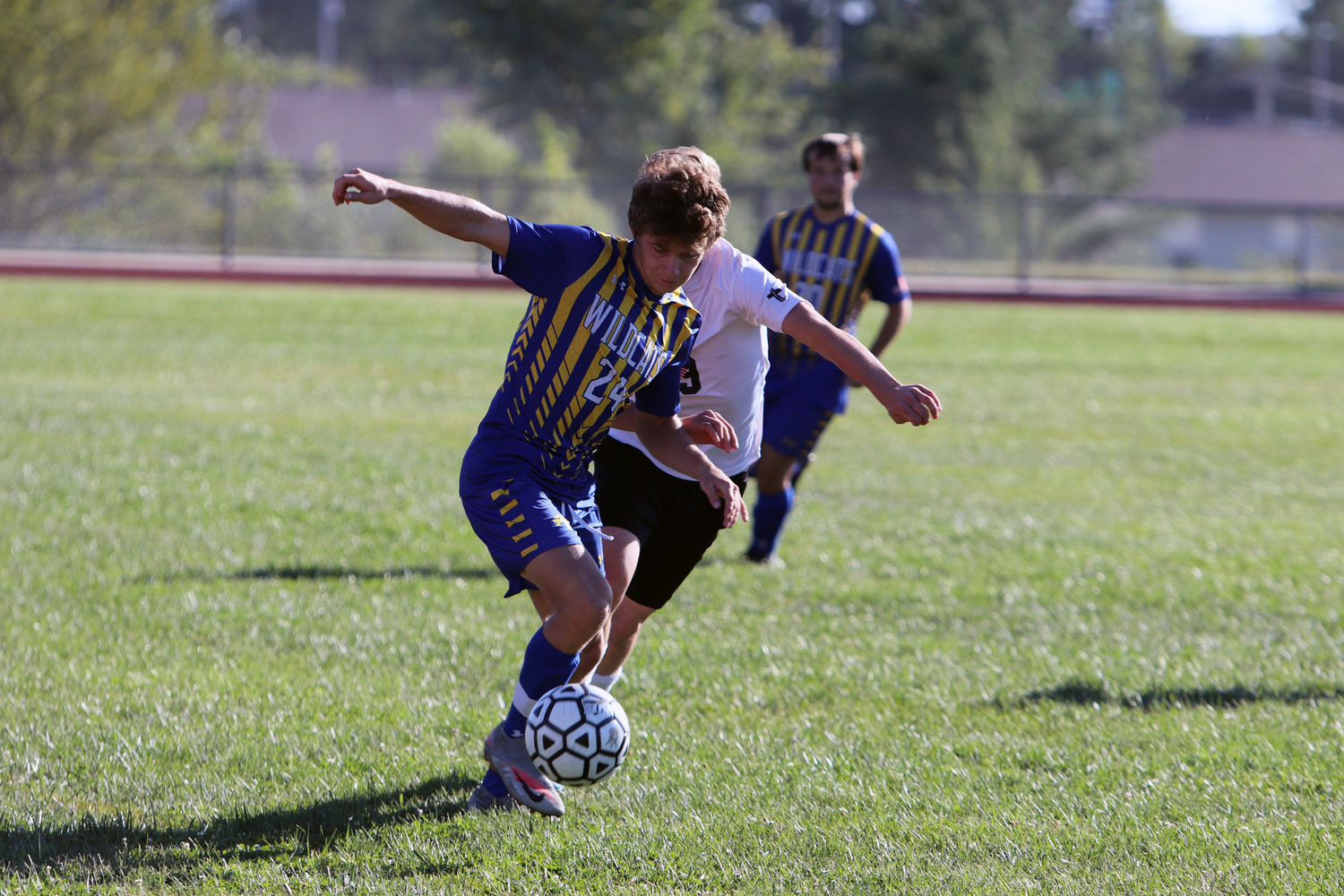 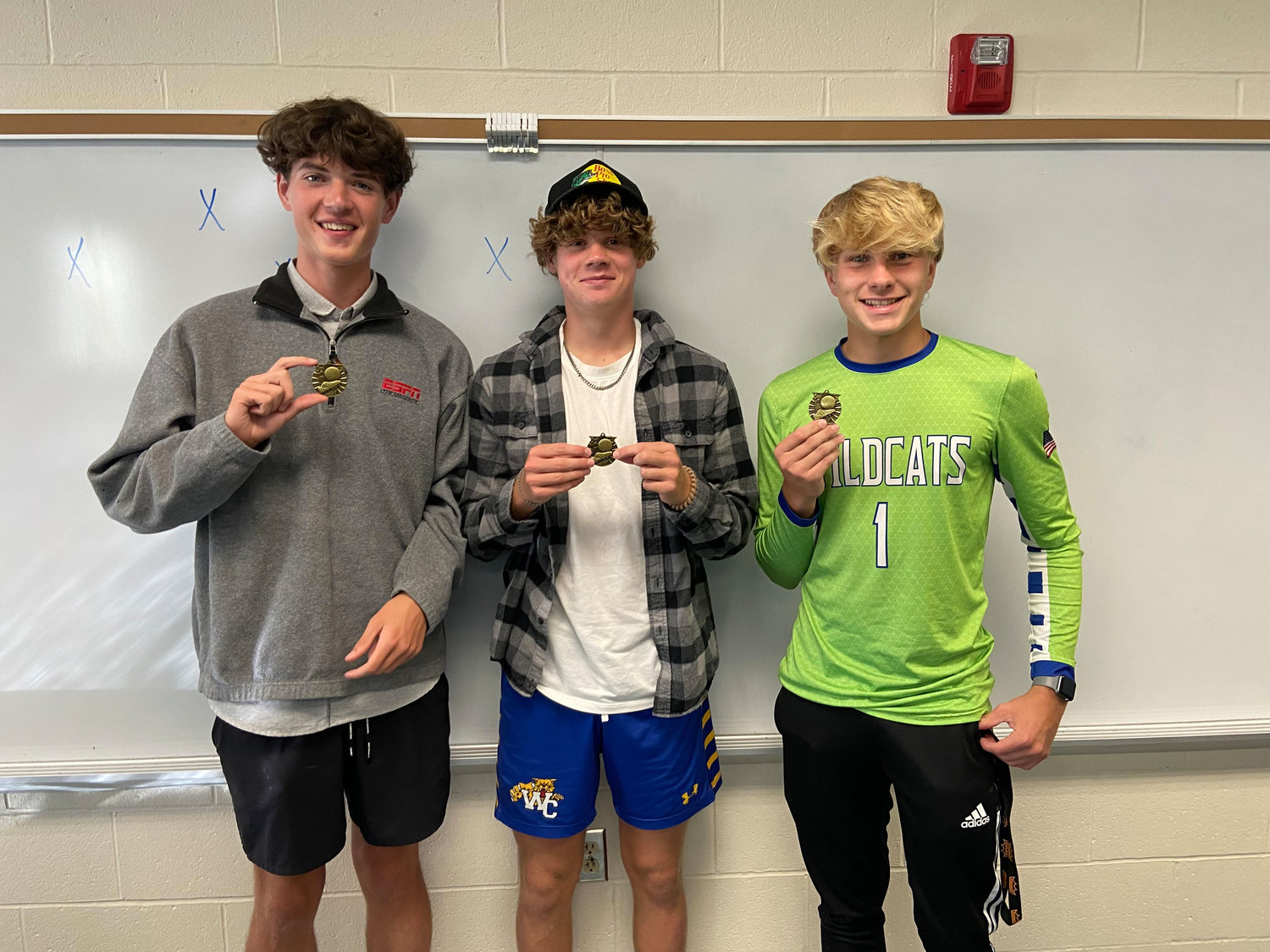 The Wright City Wildcats have pushed their unbeaten streak to five games.
Wright City (8-2-1) went 2-0-1 at the Moberly Invitational this past weekend. The Wildcats narrowly missed out on winning the tournament title. They lost on a tiebreaker to Missouri Military Academy.
Wright City opened tournament play with a 5-2 win over Moberly Friday. Austin Kirn led the Wildcats with two goals in the win. Alejandro de La Torre Delgado, Keagan Loeffler and David Riggs all had one goal for Wright City. The Wildcats shut out Chillicothe 3-0 Saturday to move to 2-0 in the tournament. Kirn, de La Torre Delgado and Dylan Hickman each scored a goal in the win. Wright City jumped out to an early lead on a goal by Ricardo Uribe in their matchup with Missouri Military Academy. The game ended in a 1-1 tie.
“The team played as one unit and it was a grand sight to see,” Wright City soccer coach Josh Albregts said. “The offense and defense worked as a cohesive team and were firing on all cylinders. We played our game and forced everyone to adjust to us.”
Albregts noted the Wildcats came up short and tied Missouri Military Academy in what he described as a very physical and competitive game. Despite the disappointing end to the tournament, Albregts stressed the growth he is seeing from the Wildcats this season.
“From the beginning of August until now, the team has grown together exponentially,” Albregts said. “Growth has been what I have been wanting from the team after each game and it’s finally happening.”
Kirn, Nate Bowman and Patrick McGowan were named to the Moberly Invitational All-Tournament Team.
The Wildcats followed their tournament success with a pair of wins to start this week. The Wildcats earned a forfeit win over St. Louis United. With the game tied 3-3 late in the second overtime period, St. Louis United elected not to continue to play in the game.
De La Torre Delgado opened the scoring in the 8th minute to give Wright City the lead. St. Louis United scored in the last minute of the first half and the first minute of the second half to take a 2-1 lead. Wright City responded with a pair of goals to take a 3-2 lead. Uribe scored in the 53rd minute to tie the game. Kirn’s through pass set up Uribe’s goal. Riggs scored the go-ahead goal with 13:00 left. Passes by Kirn and Uribe set up the goal. St. Louis United scored with just over five minutes left to tie the game. There was no scoring in overtime before St. Louis United decided to forfeit the game.
“I think we really got lucky with this game,” Albregts said. “One of the things was still that principle of setting the tone. We were lazy on the ball. We were lazy on the passes.”
Albregts said the Wildcats improved as the game went on. He liked the passing and scoring opportunities created on Wright City’s two second half goals.
“They improved as the game went on,” Albregts said. “Was it where we want it to be? Absolutely not. But sometimes when you play four games in three days, it can take a toll on you as well. The improvement was better. I would have liked to have seen a better outcome or improvement but it just didn’t happen that way.”
Wright City beat Sullivan 4-1 Tuesday. Kirn scored two goals and had two assists in the win. Loeffler and Uribe each scored one goal. Riggs recorded an assist in the win.
Wright City is scheduled to host Hazelwood East at 4:30 p.m. this Friday.