The Wright City Wildcats hung with St. Charles West for a half but were unable to upset the district top seed last week. 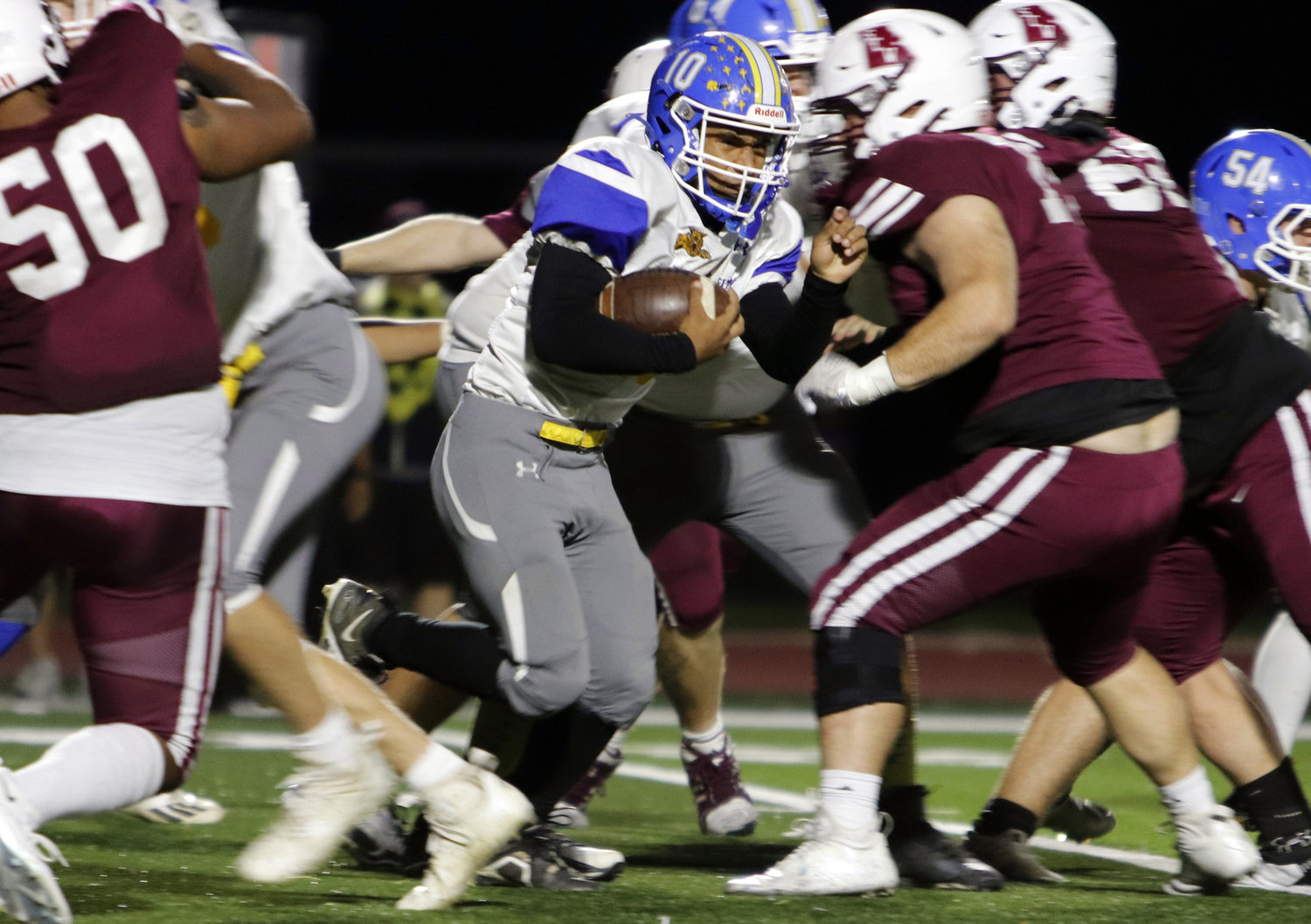 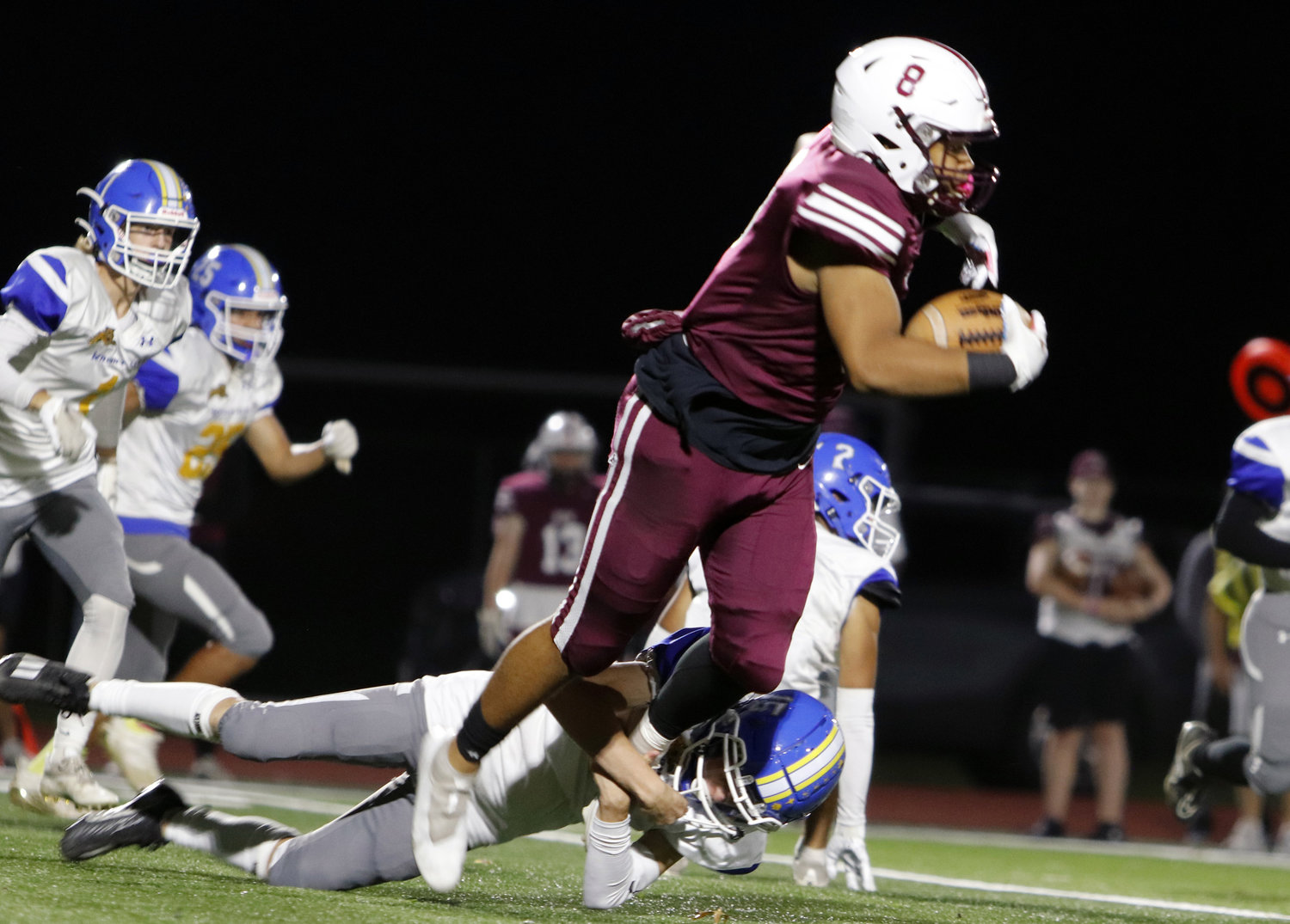 The Wright City Wildcats hung with St. Charles West for a half but were unable to upset the district top seed last week.

Wright City (5-6) lost to the Warriors (8-2) 28-7 in the Class 3, District 3 semifinal game, which was played at St. Charles West High School. Wright City beat Normandy the previous week to advance to the district semifinals.

Despite playing most of the first half on their own side of the field, the Wildcats trailed 7-0 at halftime. The lone touchdown came about four minutes into the second quarter when Warrior running back Jacob Kirt scored on a 25-yard touchdown run on 3rd and 10. Kirt rushed for over 1,400 yards and 17 touchdowns during the regular season.

Wright City head football coach Tyler Rickard credited the Wildcat defense’s performance in the first half to keep the game close. They battled even though the offense did not put the defense in good situations during parts of the first half.

“We gave up the one score,” Rickard said. “But then we were able to keep them out of the end zone at the end of the half with the interception. That was huge to go into halftime down one (possession).”

The Wright City offense played against the wind in the second and third quarters, when St. Charles West built a three touchdown lead. Rickard said the wind impacted  the Wildcat offense.

“We like to throw the ball a little bit,” Rickard said. “And it’s tough when you’ve got that in your face. And credit to their defense too. They were very physical across the board and made it tough for us all night to get going.”

Rickard said the Warrior defensive line was extremely tough. The Warrior corners were also a challenge. Rickard said St. Charles West played physical across the board and made it tough on the Wildcats all night.

“We struggled to block them,” Rickard said. “Going in, we knew that this is probably what they’re going to do to us and we just weren’t able to execute tonight.”

Two plays into Wright City’s next possession, St. Charles West senior Kyle Quinn intercepted a deep pass from Wildcat quarterback Joey Gendron. Taylor ran for 19 yards on 2nd and goal to give the Warriors a 21-0 lead.

“They get up 14 (points) in the third and again, we’re going into the wind,” Rickard said. “And so you’re looking for solutions offensively. But the solutions are pretty limited when you know you can’t air it out. And so, that kind of put us behind the eight ball and unfortunately, we weren’t able to dig out of that hole.”

Kirt added a 1-yard touchdown run on the first play of the fourth quarter to extend the St. Charles West lead to 28-0. Gendron threw a 12-yard touchdown pass to Hogan with under two minutes left in the game to get Wright City on the board.

Despite the disappointing end to the season, Rickard stressed the strides Wright City made this season. They won five games after winning one game last season. They also competed in week 11 for the sixth team in program history.

“I credit all of our players but especially our seniors,” Rickard said. “Our theme this year was to rise. It was to take everything we learned last year and it was to begin our rise as a program. They did that. They led from the front and they grabbed everybody along and they pulled us.”

“From losing four straight, to win a big game last week, to now come out, take on the number one seed, conference champion and play them tough as nails, I just couldn’t be more proud of them,” Rickard said.