Warriors take 3-set sweep over Wildcats, and other sports news

Warriors take 3-set sweep over Wildcats, and other sports news 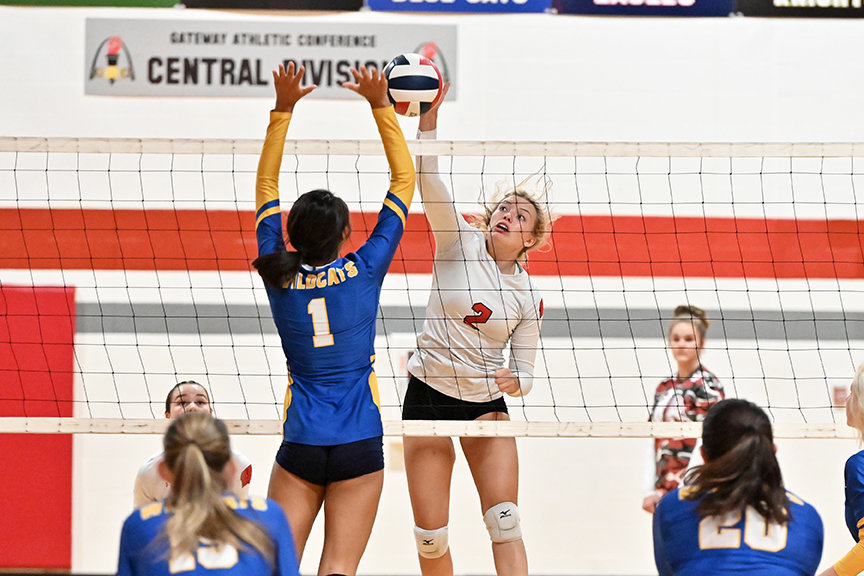 In the wins, Schipper had a combined 21 kills, and Hammerberg had 20 assists.

Wright City competed at the Orchard Farm Tournament Saturday, winning one of three games. The Wildcats’ lone win came against Cardinal Ritter (25-16, 25-17). Dunning had 11 assists in the win.

Wright City beats Mark Twain: The Wildcats scored three runs in the sixth to break a 3-3 tie on Tuesday night. Tristen Head went 3 for 4 at the plate with three RBIs and one run, while Hannah Kendall had two hits and two runs and Adison Fast contributed two RBIs. The Wildcats are now 4-6.

Warrenton sits at 4-7: The Warriors fell to Howell Central 5-1 on Friday, two days after beating Winfield 6-5.
Kiersten Andersen and Kaylen Reynolds each had two hits in the win.