The return of two players to the lineup proved pivotal for the Warrenton softball team, which needed a late rally to overcome its county counterparts last Friday. The Warriors relied on productive … 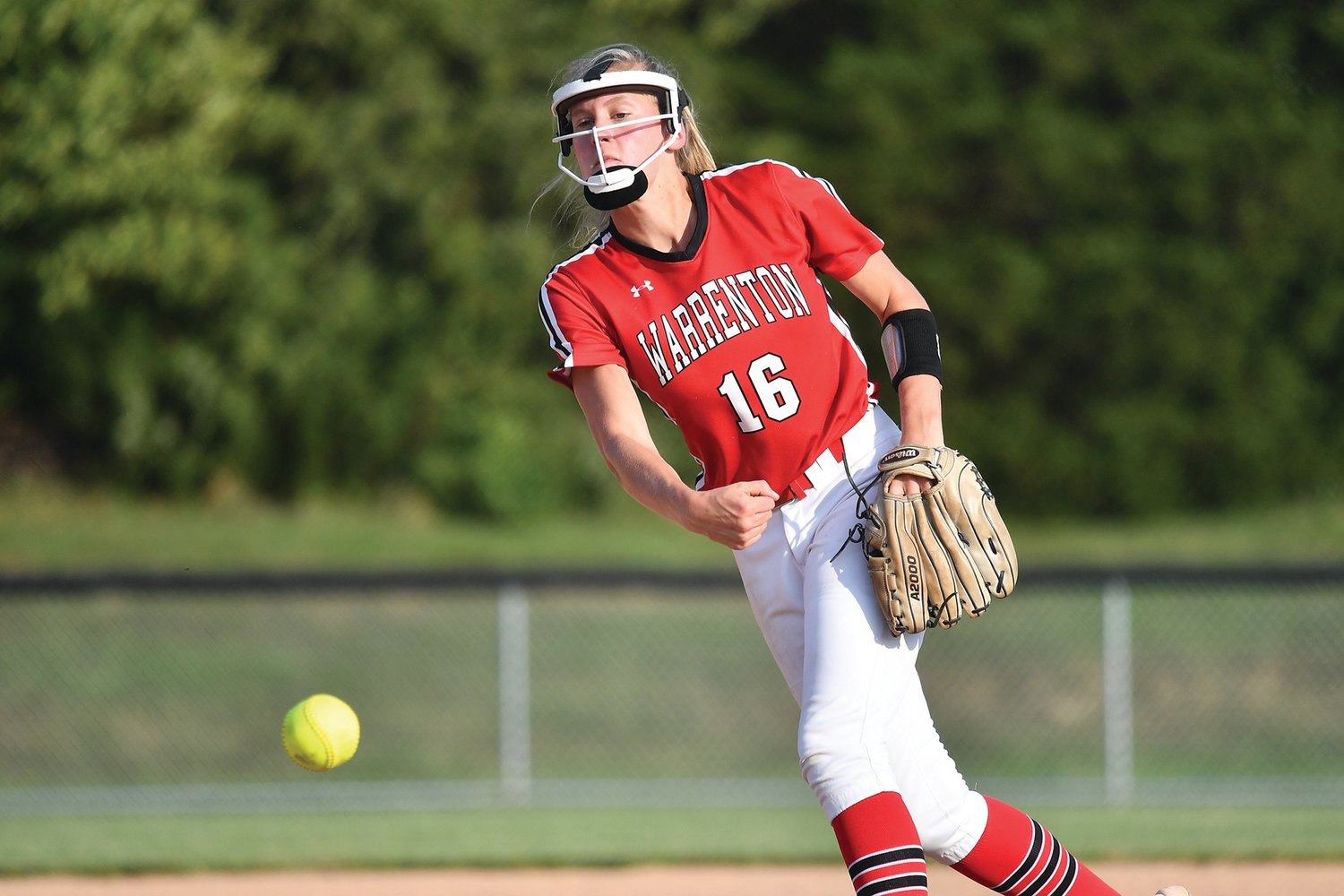 The return of two players to the lineup proved pivotal for the Warrenton softball team, which needed a late rally to overcome its county counterparts last Friday. The Warriors relied on productive fifth and seventh innings to surge past Wright City 14-5 in non-conference play.

They also leaned heavily on the bottom half of their batting order.

“It was kind of unorthodox,” said Coach Chad Berrey. “Our big hitters at the top of the lineup were stagnant and we got production from the bottom of the lineup that just came off the bench, which was a great sign to see. Hopefully we can start to fire on all cylinders from one through nine.”

Sophomore Nevaeh Hill had decided to join the team while the season was in progress and just reached her 14-practice requirement on Thursday. She went 2 for 5, delivering 3 RBI during her debut.

Back on the field following a 10-day absence due to quarantine, sophomore Rayli Duncan was also a catalyst, going 2 for 4 and reaching base four times due to errors and walks.

It was Duncan who put the Warriors back in contention, after Wright City had jumped ahead 4-0 in the bottom of the first inning. She led off a three-run third inning with a double.

“She started off the rally to turn the momentum and stayed hot the whole game,” said Berrey. “We also put her in at second base, where she had several putouts and assists.”

Improved hitting was complemented by a change on the mound, as senior ace Kathryn McChristy came in for relief during the second inning for classmate Kaylin Haas.

“Kathryn had thrown two games earlier in the week, and we were trying to give her a rest, so we went with Haas to start,” said Berrey. “She threw one full inning but due to some errors we decided to go a different direction.”

McChristy came in and struck out the side, ultimately giving up one run and three hits, while fanning seven batters and walking one.

The Warriors trailed 4-3 until the fifth inning, when junior Mackenzie Hurst led off with a double. She ended up going 3 for 4 with 2 RBI.

“She set the tone, and we didn’t turn back until the last inning, when we kind of teed off from the top to bottom,” said Berrey.
Over time, Warrenton adapted to the Wildcats’ starting junior pitcher Emma Thomas, who gave up 13 hits, walked one and struck out four through 6.1 innings.

“They finally caught up with our pitcher second and third time through,” said Wright City Coach Fred Ross. “She got a little tired and wasn’t hitting her spots where she wanted them. We decided to bring in our freshman pitcher late, but she wasn’t on either.”

Sophie Wegrzyn finished on the mound for the Wildcats.
Warrenton pushed six runs across during the seventh inning.
The Warriors were led by sophomore Kaylen Reynolds with three hits, all doubles, and three RBI.

Berrey noted that many of the Warriors’ earlier challenges were created by Wright City senior catcher Tristan Head.

“We had two foul fly balls that she made incredible plays on,” said Berrey. “She was throwing us out at first and there was absolutely no chance we were going to steal a base. She’s probably the best catcher we’ve seen all year.”

“She’s been playing really well,” added Ross. “With her and (junior) Abigail Vossen at defense, we’ve been strong at those positions.”

Ross added that freshman Lydia Clubb has been off to a promising start during her first varsity season at shortstop. She led the Wildcats with two hits and two RBI on Friday.

The win bolstered the Warriors to 3-6, after having started the season with four straight losses. They will travel to Orchard Farm on Tuesday.

Wright City dropped to 3-5 and will host Mark Twain on Tuesday.