For Warrenton High School senior Josey Schipper, volleyball has been a major focus for many years, and that journey has her set to attend East Central College this fall on a full scholarship. … 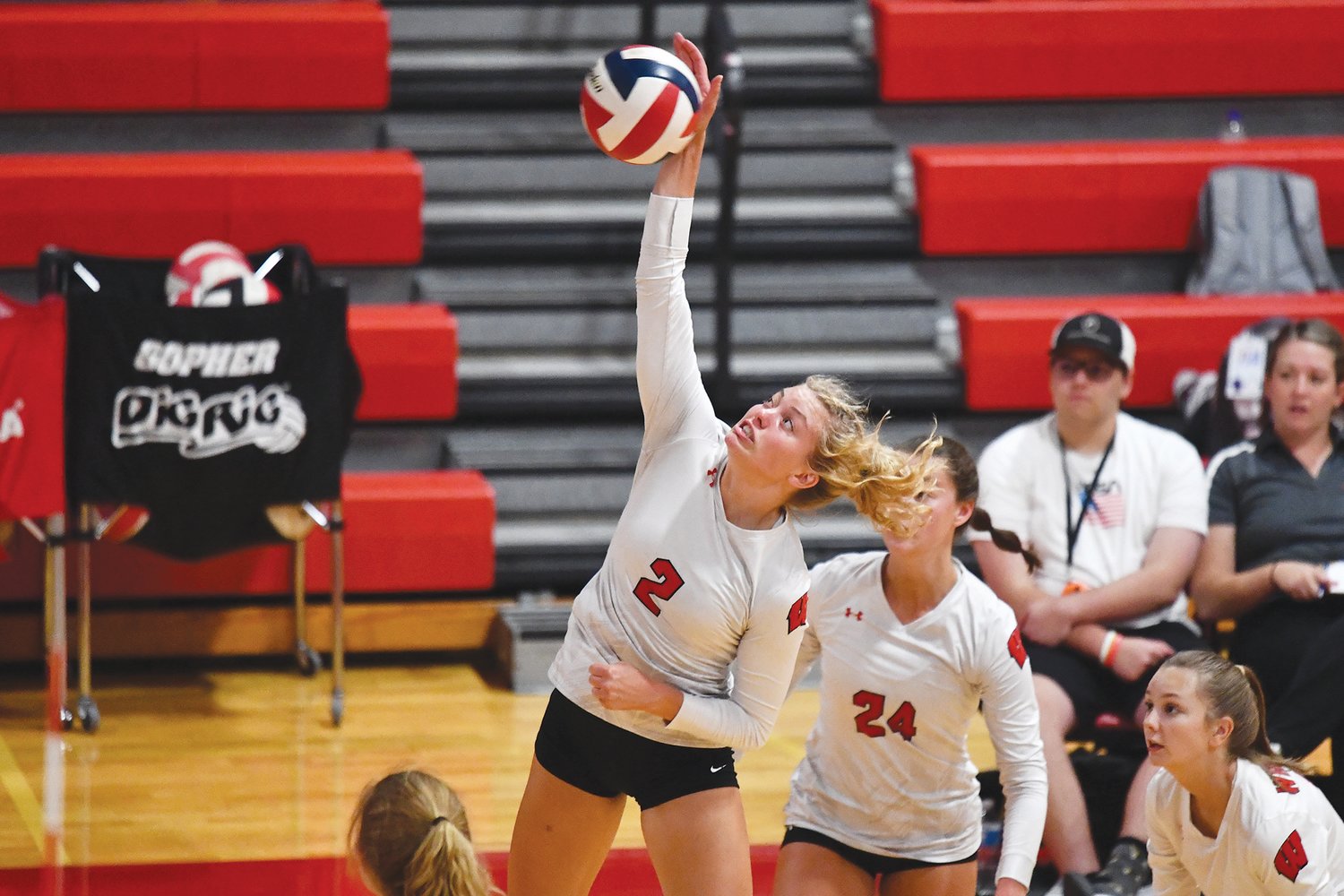 For Warrenton High School senior Josey Schipper, volleyball has been a major focus for many years, and that journey has her set to attend East Central College this fall on a full scholarship.

This likely comes as no surprise to those close to the all-state Warrior.

“Volleyball is a big part of my life. I have been playing school and club volleyball since I was in seventh grade,” said Schipper. “Most of my friends and especially my closest friends play volleyball with me and at school my closest relationships are with my teammates and my coach. Throughout high school most of my time was spent in the gym playing volleyball, even on weekends having tournaments.”

Her high school coach, Randy Kindschuh, believes this is a good fit for his three-year starter, who he describes as a great player and great person for the ECC program.

“I think she can come in and start for them on day one,” he said. “Josey is a great kid off the court. She has a vibrant personality that makes everyone feel welcome. She is a very hard worker as evidenced by her holding down two part-time jobs in addition to her school work and volleyball practice.”

On top of being named all-state in Class 4, Schipper led the state with 451 kills, hitting .317. She had 67 ace serves and 137 service points while passing 2.20. She’s the second all-state player from Warrenton High School after Morgan Frye was given the same honor a year ago.

Schipper’s 451 kills was a Warrenton record, and she was quick to pass on the credit for the accomplishment.

“Last season I ended the year with about half of that amount and I knew if I wanted to break the record I would have to step it up my senior year,” said Schipper. “I could not have broken this record without my setter, Abby Hammerberg. Abby has been my setter all four years of high school and during club volleyball so we have been working with each other for awhile. Without Abby I’m not sure if the kill record would belong to me.”

She also offered praise for her family and coach for helping her along the way.

“My biggest influencers have definitely been my parents and Coach Kindshuh. My parents supported me by coming to every single game and tournament cheering me on, even making matching volleyball T-shirts with my name on them to wear to the games,” she said. “Kindshuh has been helping me out and making me a better player all four years playing high school volleyball. Something that really helped that Kindshuh did was always pushing me to be the best that I could be, even when I didn’t believe in myself.”

Kindschuh noted that Schipper’s record of 451 kills could fall someday, but he has no doubt that she would be happy to see that happen.

“Josey has set the bar pretty high but we have several girls that will be aiming for her record of 451 kills in a season,” he said. “And if they get it Josey will be the first to congratulate them.”