The Warrenton wrestling team will have a strong contingent at the sectional meet later this month. 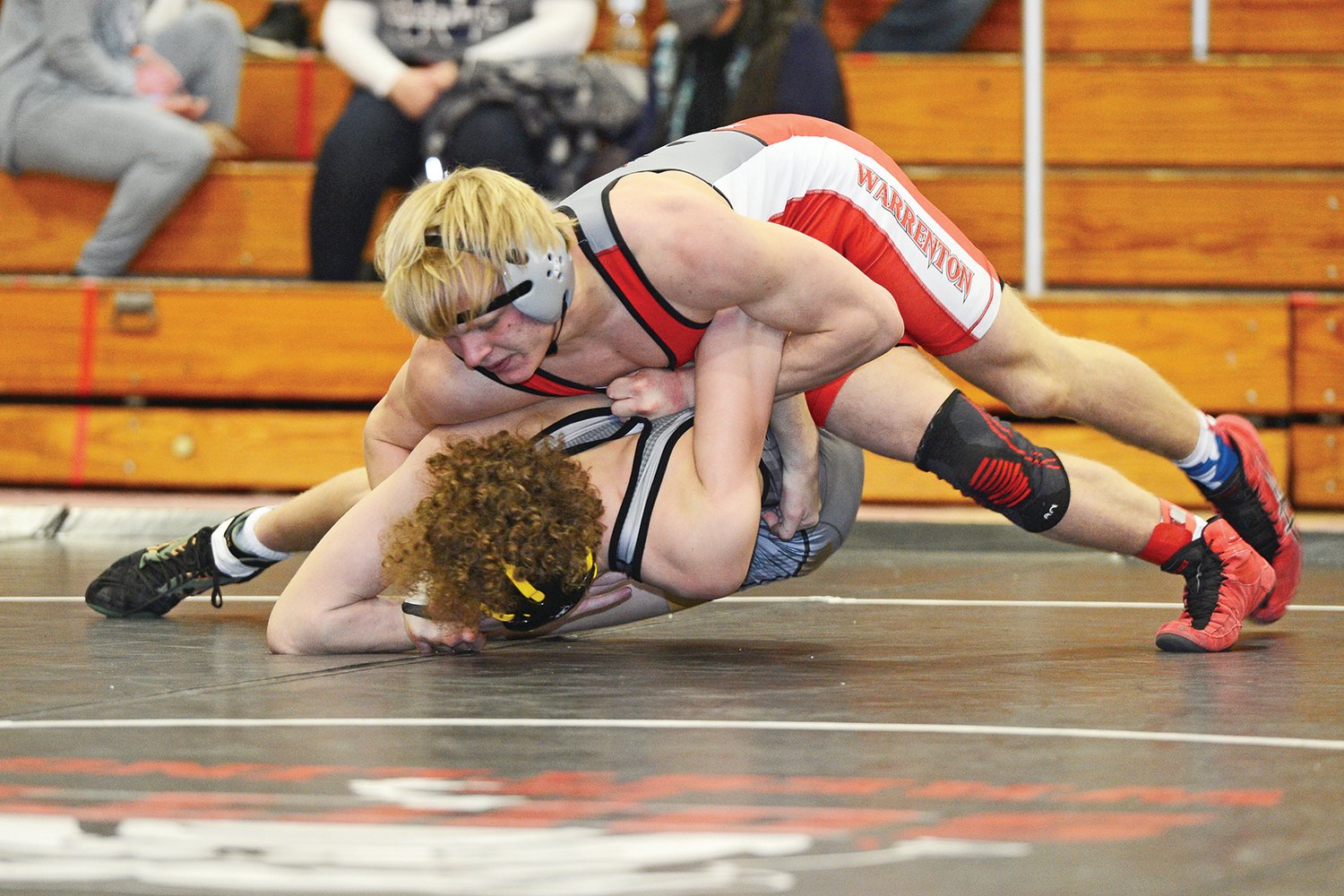 SECTIONAL BOUND — Warrenton’s Levi Penrod got a second place finish at the Class 3, District 4 Tournament, qualifying for sectionals along with six of his teammates. Bill Barrett photo.
Posted Thursday, February 18, 2021 11:38 am

The Warrenton wrestling team will have a strong contingent at the sectional meet later this month.

The Warriors had seven of their eight wrestlers keep their season alive by placing in the top four and medaling at Saturday’s Class 3, District 4 Tournament held at Fort Zumwalt North.

Warrenton was led by senior Josh Napier who won the district title at 285 pounds. He won both of his matches by pinfall, beating Zumwalt South’s Joseph Kaufman for the district crown.

The Warriors had two other grapplers who reached the title match. Levi Penrod and Anthony Lombardo placed second as they split their matches at 145 and 152 pounds, respectively.

The seven wrestlers will compete in sectionals scheduled for Feb. 27 at Fort Zumwalt South.

The top three finishers in each weight class will advance to state.

“Ideally we would love for all of our wrestlers to qualify for the state tournament and, with where our guys sit in the brackets, every single one of them has that chance,” Warrenton coach Clayton Olsson said. “Some of them are underdogs, but for a lot of our guys it is going to come down to having to beat an opponent that we lost to last week. So we are going to use these next two weeks to watch the videos of those matches and make adjustments and put our guys in the best position possible to win those rematches.”

Warrenton also had an eighth wrestler competing at districts. Jeremiah Kassing, a 104-pounder who competed at 113 pounds, narrowly missed earning a medal and advancing.

David Riggs and Riley Shive each qualified with a fourth-place finish at 120 and 285 pounds, respectively.

Riggs lost his opening match, but rebounded with a 8-2 decision over Kai Foster of Fulton. In the third-place match, Riggs was pinned by Southern Boone’s Kade Scheer.

Shive also lost his first match and beat Emille Scanavino of Mexico to advance to the third-place match. Shive ended the tourney with a 5-2 loss to Sheldyn Johnson of Fulton.

Both wrestlers will compete in sectionals Feb. 27 at Helias.