The Warrenton Lady Warriors came back from a 1-0 deficit to win the Megan Gross Invitational Saturday at Warrenton High School. The Warriors (10-9) went 5-1 on the day to move over the .500 mark for … 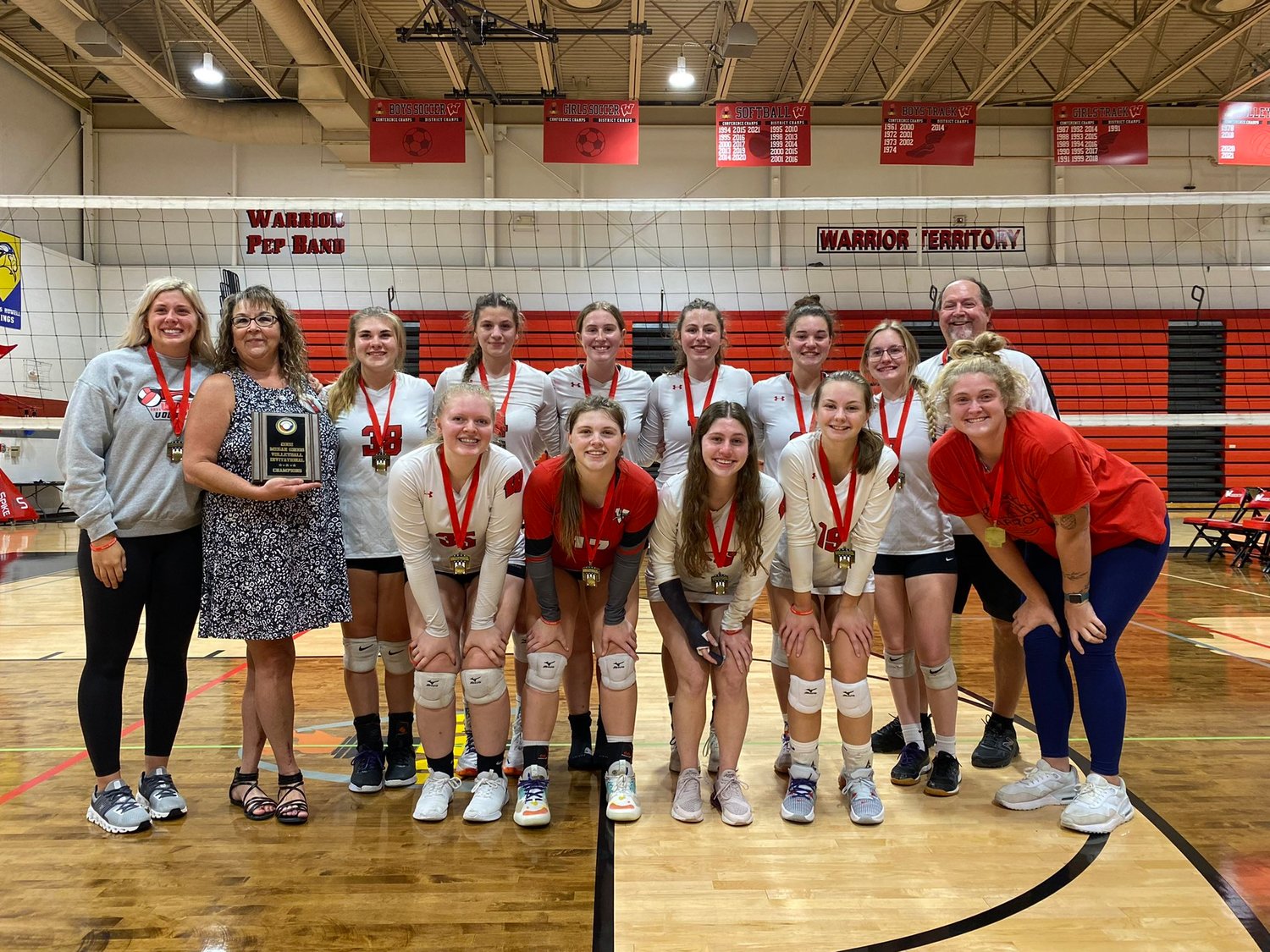 The Warrenton Lady Warriors came back from a 1-0 deficit to win the Megan Gross Invitational Saturday at Warrenton High School.
The Warriors (10-9) went 5-1 on the day to move over the .500 mark for the first time since they were 1-0 after their season opener.
After falling to Gateway Legacy in pool play in straight sets, the Lady Warriors beat Gateway Legacy in three sets to win the title. Warrenton won the final two sets 25-19 and 15-11 to win the title after dropping the first set 25-23. Rayne Van Reed led Warrenton with 12 kills. Teammate Zoe Klaus added 9 kills. They each had three blocks.
“The team finished with 10 blocks, slowing down the heavy Legacy hitters,” Warrenton volleyball coach Randy Kindschuh said.
Kaelyn Meyer led Warrenton with 9 service points and an ace. Emily Likes recorded a season-high 28 assists. Erin Klassing led Warrenton in passing at 2.33 passing game average.
Kindschuh said the Lady Warriors played with renewed confidence after beating Battle in three sets in the championship semifinals. Battle is a Class 5 school. Warrenton overcame a 25-7 loss in the first set to win the match in three sets. They won the last two sets 25-22 and 15-10.
“The girls really came together as a team and it was a total team effort in the win,” Kindschuh said.
Likes was key in Warrenton’s comeback win. She had 19 service points, including 2 aces. She also recorded 20 assists.
“Emily really kept Battle’s defense off balance with her set selection to her hitters,” Kindschuh said.
Klaus and Van Reed each had 10 kills and 2 blocks. Autumn Bledsoe led the Lady Warriors with a 2.40 passing game average.
Warrenton went 3-1 in pool play to advance to the championship bracket. They beat Wright City, St. James and the St. Louis Panthers in pool play in straight sets.
Warrenton beat Wright City 25-23 and 25-20 in the first match of the day. Van Reed led the Lady Warriors with 9 kills. Maggie Davis added 6 kills. Klaus recorded 7 service points. Likes had 21 assists. Klasing had a perfect 3.00 passing game score. Jasmin Simpson led Wright City with 6 kills. Cassie Reash and Cayle Redmon each had 3 kills. Redmon led Wright City in the match with 8 blocks. Anna Sandford recorded 10 assists.
Wright City (4-10-1) went 1-4 on the day. They beat St. James in three sets. After dropping the first set 25-16, the Lady Wildcats won the final two sets 25-22 and 15-12. They dropped matches to Gateway Legacy, St. Louis Christian and Waynesville. The Waynesville match went three sets.