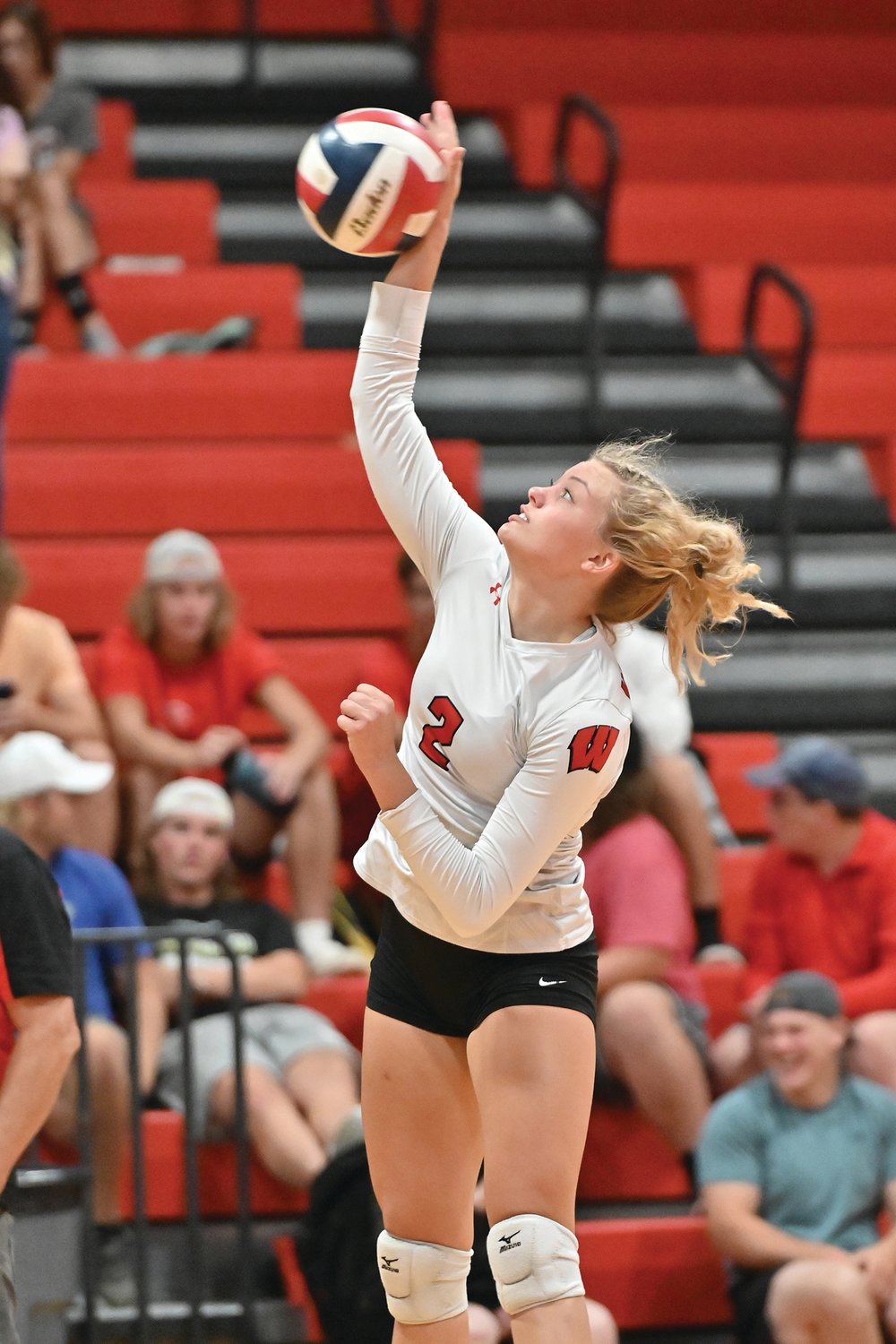 Coach Randy Kindschuh believes a rigorous schedule to start the season may have contributed to the Warriors, now 3-1 on the year, falling in straight sets.

“They controlled every aspect of the game from serving and passing to hitting and blocking. We lost 24-26, 16-25, 19-25,” said Kindschuh. “I really believe it was partially attributed to fatigue. This was our fourth game of the week with three of them being on the road. We did not have our usual bounce off the floor and it seemed we were two steps too slow. Defensively we had few digs and when we did, they were usually off target.”

In the loss to Zumwalt East, the Warriors did have some standout performances. Ella Smith had 11 kills on 20 attempts, hitting .348. Olivia Morgan had seven points serving and an ace. Abby Hammerberg (13 assists) and Emily Likes (9 assists) led in the setting department. Zoe Klaus passed at a 2.50 rate, but Kindschuh was disappointed overall in the team’s passing rate.

“We passed at a 1.73 rate, far below our team goal of 2.25,” he said, adding that overall a few players have had a strong start to the season. “I thought that even though the first week would be tough, we were looking to go 4-0, but 3-1 is not bad considering we had four games in five days. Ella Smith has exceeded expectations. She is currently second on the team in hitting with 29 kills and a .339 hitting average. Zoe Klaus is also playing well with this being her first year starting as a middle hitter on varsity.”

There have been a few more players that have had strong starts to the season, too.

“Alyssa Bruce has been steady passing the ball and has done an excellent job setting when we are out of system,” Kindschuh told The Record. “Josey Schipper is doing a great job at outside hitter and is also passing well. Both Alyssa (11) and Josey (9) lead the team with ace serves.”