Warrenton rallies to tie state semifinal before falling in seventh

Warrenton scored runs in the fourth …

Warrenton rallies to tie state semifinal before falling in seventh 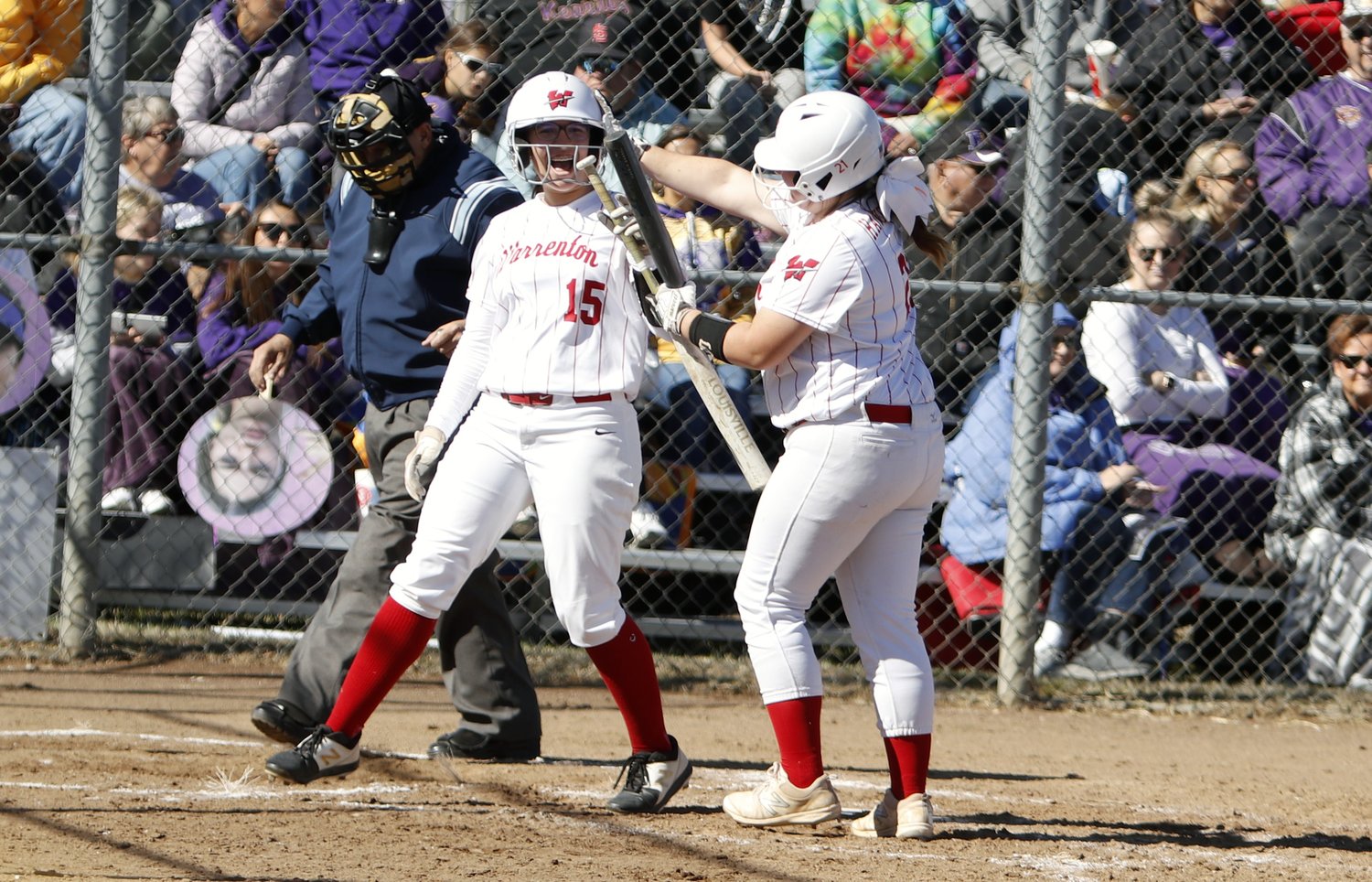 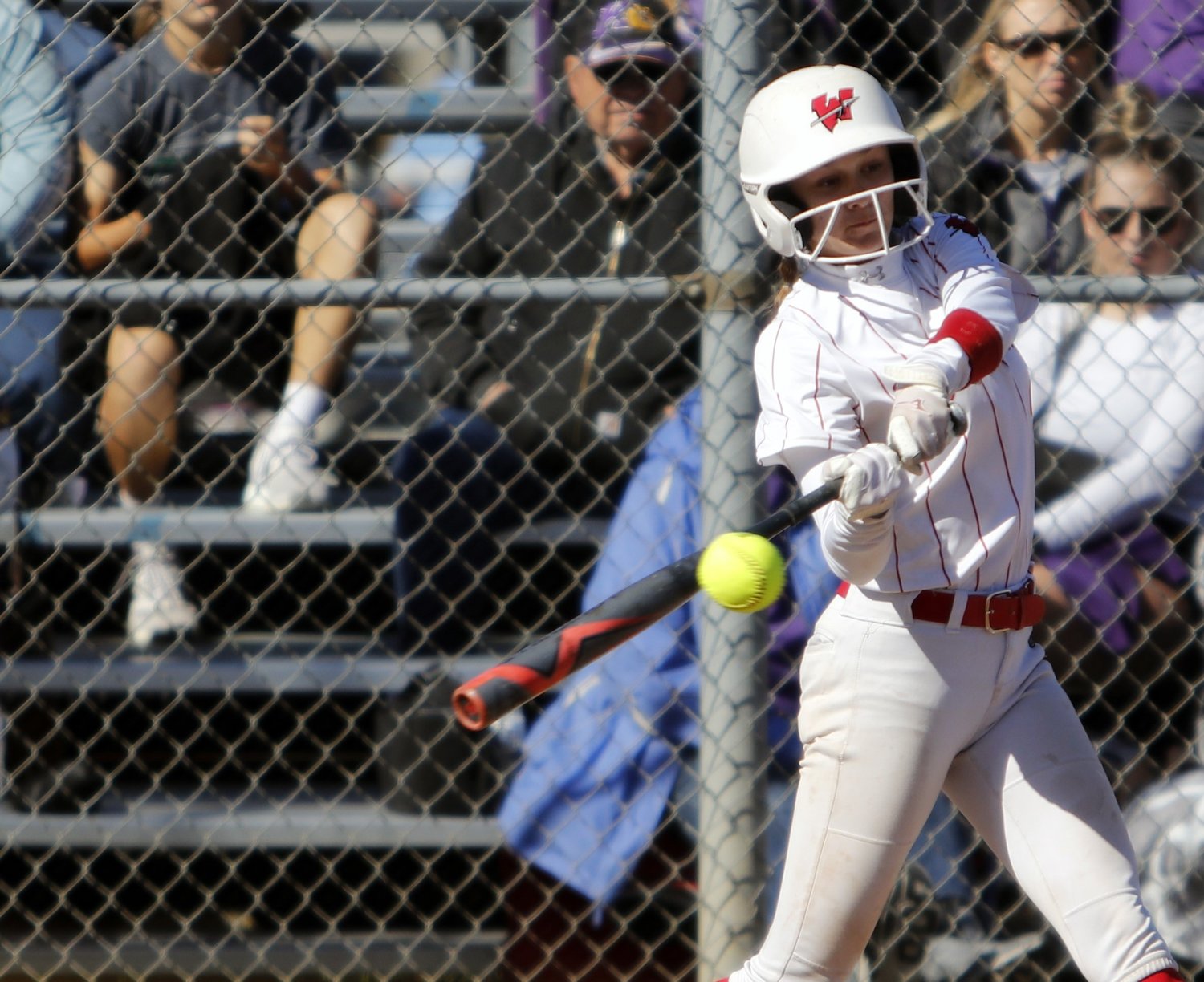 Warrenton scored runs in the fourth and sixth innings to tie the game at three after falling behind 3-1 in the third inning. Rose Renshaw hit the first home run of her softball career in the fourth inning to pull Warrenton within one run.

“When I saw it, it was just straight down the middle,” Renshaw said. “I hit it pretty perfectly. There wasn’t really any thought behind it besides what I did beforehand and then right when I hit it, there was nothing on my mind.”

The home run was Renshaw’s first home run in nine years playing competitive softball. She did not know the ball cleared the fence until reaching second base.

“I didn’t know it was out until I got to second,” Renshaw said. “And then I looked and I saw the girl was on her knees and it was over the fence. And I was just like ‘Oh my goodness.’”

Freshman Caydynce Haverfield evened the score in the sixth inning on an RBI fielder’s choice groundout to score Makayla Witthaus, who scored two runs in the game. Warrenton was unable to score additional runs with two runners on base and one out in the inning.

In the top of the seventh, the Bulldogs mounted a rally. Warrenton pitcher Kylie Witthaus hit Alyssa Quick with a pitch to open the inning. After Jocelyn Lincoln executed a sacrifice bunt to move Quick to second base, Macelyn Morrow and Jadyn Barnes both reached base on bunt singles to load the bases with one out. With two strikes, freshman Brooke Paalhar doubled to score three runs and give Kearney a 6-3 seventh inning lead.

“We were feeling pretty confident going after that girl at bases loaded,” Warrenton softball coach Chad Berrey said. “She struck out three times today. So we were confident going with what we had on our spray charts and information we had on her. We thought we could go after her and escape and live for another inning.”

After Witthaus got out of the inning without further damage, Warrenton went down in order in the bottom of the seventh inning. With the resiliency the Lady Warriors had shown over the past couple games, the Lady Warriors were confident they could overcome another deficit.

“They believe in themselves to the very last pitch,” Berrey said. “There wasn’t a thought in our minds that we couldn’t come back from that deficit. Whether we were down 3-1 or 6-3, we still thought we had a chance.

Warrenton senior third baseman Mackenzie Hurst said the Lady Warriors believed they would come back until the very last out was recorded in the final inning. She said their walkoff wins in the district championship game against Parkway North and the state quarterfinal against Incarnate Word gave the Lady Warriors confidence.

“The walkoff wins definitely gave us more faith in ourselves,” Hurst said. “We didn’t give up until the end. And we didn’t really think we were out of it until that last strike. I would just say it just helped our confidence a lot.”

Warrenton opened the scoring in the second inning. Makayla Witthaus scored after Haverfield reached on an error with two outs in the inning. Kearney responded with three runs in the third inning to take a 3-1 lead.

In my opinion, we were so evenly matched,” Berrey said. “All it took was one ball that was put in play. One pitch. One error. One miscue or a great baserunning event. Anything could have tipped the scales in that game. Six to three sounds a lot worse than it really was.”

Six different Warrenton batters recorded a hit in the loss. Kylie Witthaus, Makayla Witthaus, Audrey Lanzone, Maddisyn Hoelscher, Renshaw and Haverfield each had one hit. Renshaw’s home run was the lone extra base hit in the game for the Lady Warriors. Adee Morgan also reached base once in the game with a walk.

Kylie Witthaus pitched all seven innings in the game for Warrenton. She allowed three earned runs  and struck out 14 Bulldog batters in the loss.