“When I was choosing between colleges, something I really looked … 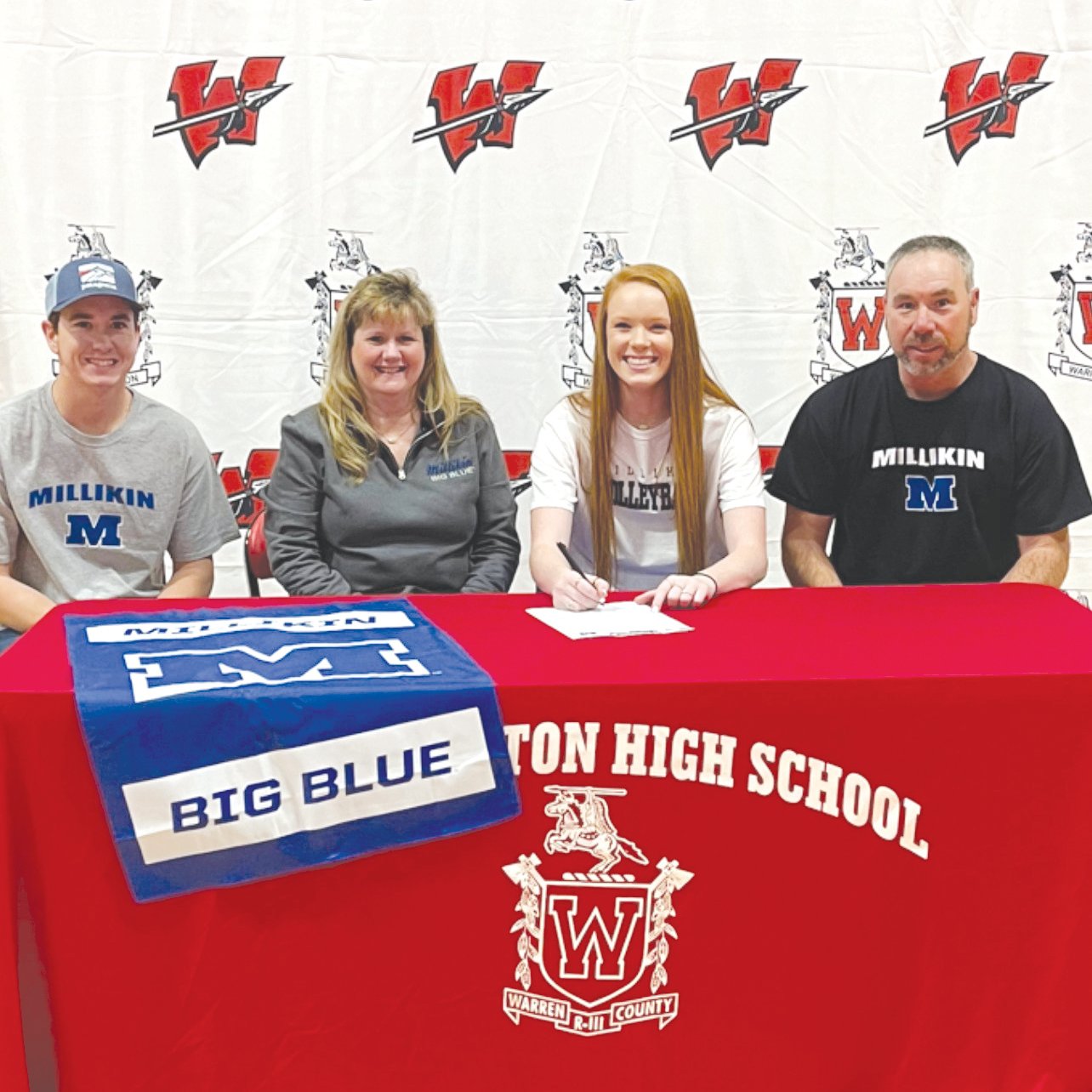 “When I was choosing between colleges, something I really looked for was a home feel,” Gerard said. “I wanted a place I could see myself not only growing as a player but a person at the particular college.”

Gerard had four offers to further her career and took two college visits before deciding on Millikin. The difference was when she met the team.

“The coaches are just so welcoming,” Gerard said. “I met some of the girls I will be playing with and they made me really feel at home which was exactly what I was looking for.”

Millikin is a Division III school that is located in Decatur, Ill. The Big Blue athletic programs play in the CCIW, the College Conference of Illinois and Wisconsin.

Warrenton Head Coach Randy Kindschuh said, “Millikin will be getting an athlete who is willing to do whatever is necessary to help her team. In addition to her on-court prowess, Allie was also a top student as she earned academic all-conference and academic all-state.”

Warrenton is no stranger to sending athletes to Millikin. Gerard will be the fourth current student-athlete at the university.

Gerard believes that she will be deployed as a setter for the team. Millikin’s starting setter will be graduating this season so Gerard has a chance to compete for playing time right away.

“My coach has told me how important my leadership qualities are,” Gerard said. “I am hoping to show them I deserve court time as a freshman and work my butt off.”

Gerard finished her senior year with 353 set assists in Warrenton’s two-setter offense. She also had 131 service points with 35 aces. She was voted 2nd team All-GAC and also 2nd team All-District. Gerard plans to major in nursing and minor in digital photography.

“Millikin not only had a great program for volleyball but they have a great nursing program,” Gerard said. “I won’t just take nursing classes my last two years but all four years which really interested me because I wouldn’t be cramming all of that important information just in two years.”

Kindschuh had Gerard as a student in sixth grade and talked her into playing volleyball. Now, she will go on to play the sport at the college level.

“She was one of our captains last season because of her association with her peers,” Kindschuh said. “During last summer Allie came to every open gym and encouraged others to do likewise as she was always one of the first to show up for practice and one of the last to leave.”