As the regular season begins to wind down, the Warrenton girls volleyball team seems to be well-prepared for the postseason, carrying a record of 21-9-1 into the final days leading into … 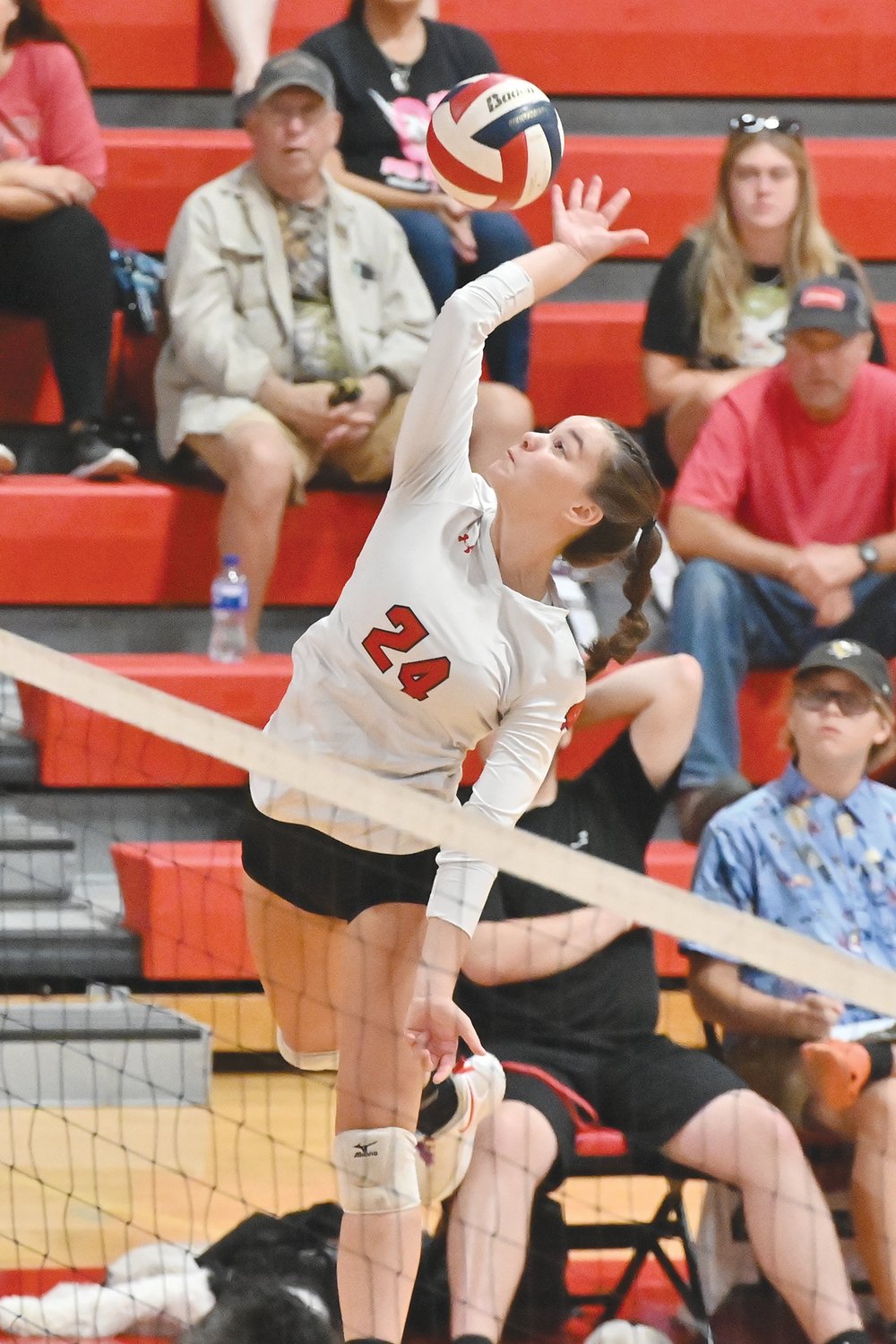 As the regular season begins to wind down, the Warrenton girls volleyball team seems to be well-prepared for the postseason, carrying a record of 21-9-1 into the final days leading into districts.

“Going into the game we knew that we had to beat St. Charles in order to win the title since they had defeated us in four sets earlier this fall,” head coach Randy Kindschuh told The Record.

In the Warrenton Invitational, the Warriors were led in hitting by Josey Schipper with 41 kills, Olivia Morgan’s 28 kills, and Ella Smith’s 22 kills.

“Alyssa Bruce led the charge in passing an impressive 2.40 followed by Josey Schipper with an equally impressive 2.37,” said Kindschuh. “Hammerberg (53) and Emily Likes (42) led in the set assist department.”

With district play just around the corner, the Warriors come in as the two-seed in District 8, which will be hosted by Hannibal. The Warriors will open against Kirksville on October 23 at 2:30 p.m.

If the team is able to get past Kirksville, there’s a strong chance a meeting with Hannibal could follow. That contest would take place on October 25 at 6:00 p.m.

Kindschuh knows there is room for improvement with his team, but believes a run is possible.

“We are still looking for some consistency in our play. We can play one set when everything clicks, but follow it up with a set where we seem to forget our responsibilities,” he said. “We have a very talented team and enough talent to win districts if everyone takes care of their responsibilities on the court. If that ‘consistent’ team shows up I feel very confident with our chances in districts.”