108 of the best high school music students in Missouri will perform this month for a gathering of music educators from across the state. Among those best-of-the-best players will be Shelbi Tittel of … 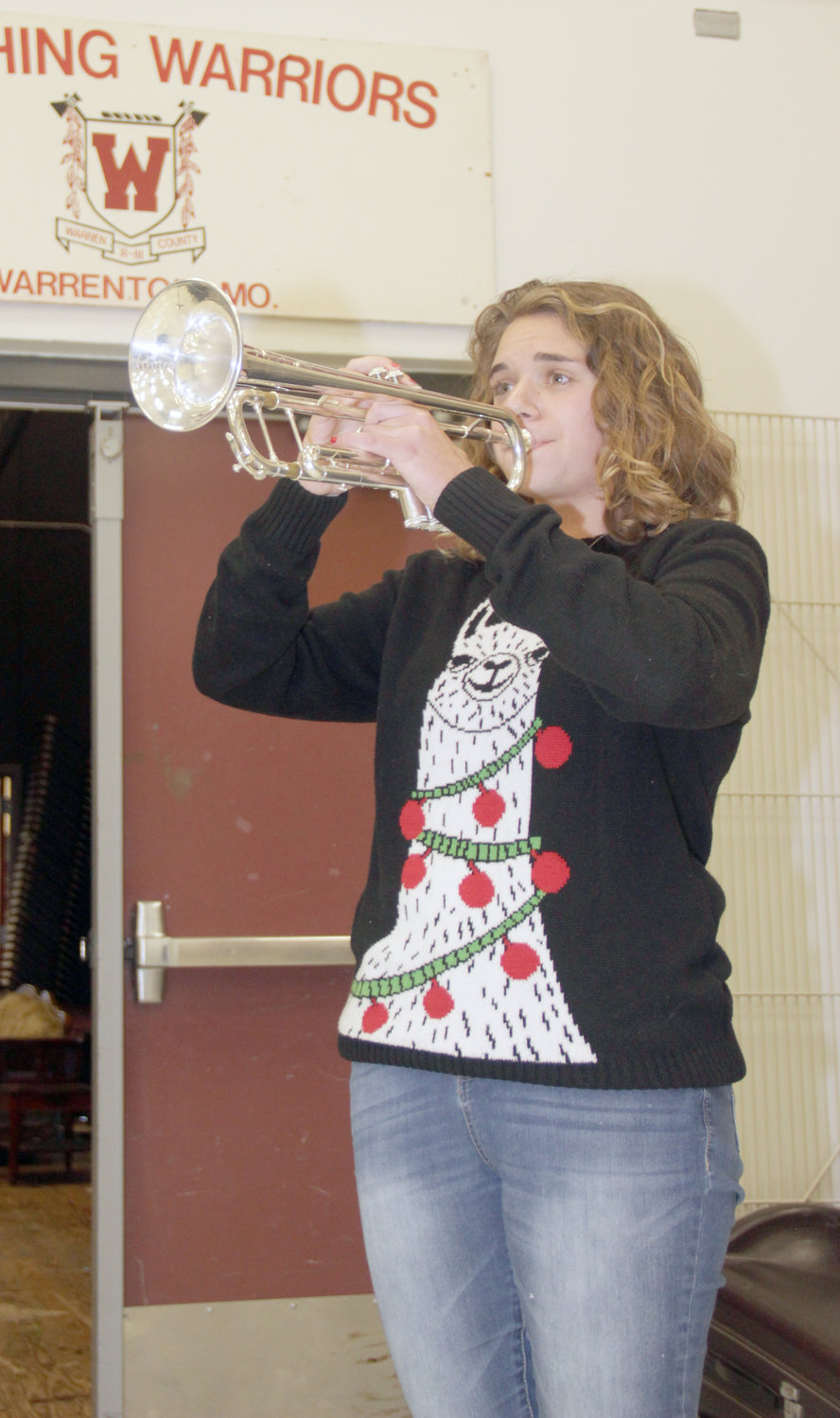 108 of the best high school music students in Missouri will perform this month for a gathering of music educators from across the state. Among those best-of-the-best players will be Shelbi Tittel of Warrenton.

Tittel, a trumpet player and junior at Warrenton High School, went through an extensive, multi-layered auditioning process to earn a seat in the Missouri All-State Band. She and the 107 other band members will meet on Jan. 26 at the Tan-Tar-A Resort at Lake of the Ozarks for four days of rehearsals with a college-level conductor. On Saturday, Jan. 29, they’ll perform an hour-long concert for the Missouri Music Educators Association Conference at the resort.

To make the cut, Tittel said she’s been practicing on the trumpet for at least an hour every day since summer break — three hours a day during the weekend when she has the time. It wasn’t always easy or pleasant, but Tittel said she found satisfaction in getting better and being able to achieve ever-higher goals.

“I made it a goal of mine to actually be placed in the district band one year, and I was able to do it, so I just said ‘Well, I’ll keep on doing it,” Tittel said of her climb to state-level performance. “This is something I really enjoy to do. ... When I play music with the accompaniment for songs I really like, it just makes me so happy.”

Tittel said she eventually wants to play music professionally, so she values the experience of joining the All-State Band for a big performance.

“One of my dreams is to be able to march with a drum corps — a very high-level marching band,” Tittel explained. “I’m not too sure what would be after that. The military is an option — military bands. Or I could go to school and get a doctorate in music.”

Music teacher Tom Speers said earning recognition at the state level, standing out among the thousands of students who audition, takes a mix of passion and dedication. He said a telling characteristic is when the musician doesn’t see the “work” of practicing as work at all.

“That’s when it goes beyond just making music to being something they’re passionate about, beyond just ‘I have to do this to get better,’” Speers said.

That passion is a good individual quality, but it’s also something Speers has been trying to grow throughout his band programs at the school. He encourages high-performing students like Tittel to become mentors for their younger classmates and help them put in the work to become better. Above the door of the band room is lettering that reads “Building a Tradition of Excellence.”

“We want to keep getting better, and we are. Every year we’ve gotten better,” Speers said. “I don’t want to let up. I don’t know where the ceiling is, but there’s always something you can do better.”

Signs indicate those efforts are paying off. This is actually the fourth year in a row that Warrenton has had a student qualify for the All-State Band. Prior to those four, only 11 other students have qualified in the school’s history, Speers said.

If that streak continues in future years, or if Warrenton starts qualifying multiple musicians each year, Speers will take that as a sign that the students have learned not only how to play music, but also how to dedicate themselves to achievement.

“My goal as a teacher is to teach life skills. ... We talk about these skills that transfer: being a good person, working as part of a team, making choices that are positive, being willing to do work when you don’t want to do work,” Speers said. His long-term goal is to make excellence a norm, with the expectation that many students will try for the same opportunity that Tittel has this year.