It all came together for the Warrenton football team last Friday, as Jason Koper claimed the first win of his head coaching career. The Warriors were firing at every level during a dominant 42-8 … 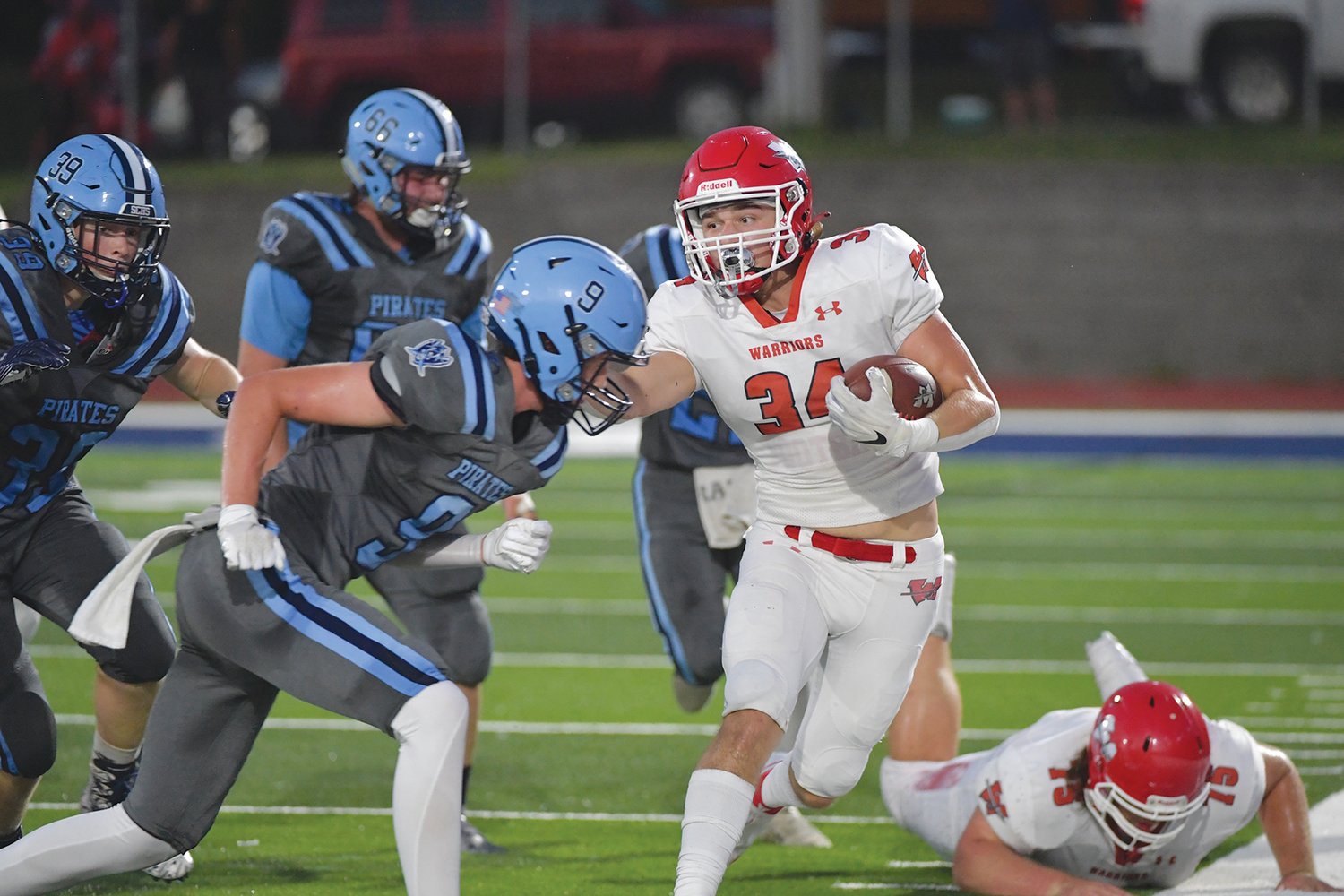 It all came together for the Warrenton football team last Friday, as Jason Koper claimed the first win of his head coaching career. The Warriors were firing at every level during a dominant 42-8 victory over GAC North foe St. Charles.

“That win was huge for boosting our morale,” said Koper. “It made everybody believe what we’re doing is the right way after starting off with a tough schedule. They knew what we were capable of and now they’re believing in it.”

After opening the season 0-2, the Warriors had their Week 3 contest against Washington canceled due to quarantine. It provided what he felt was a helpful week of recovery, allowing Warrenton to return to full strength.

“Our defense was incredibly solid the whole game,” said Koper. “Coach (John) Jeskey had a wonderful game plan, and the kids executed well. We preached about keeping their skill guys contained and short of two plays, we did that.”

The Warriors managed to win the turnover battle by forcing five fumbles.

Among those coming back from injuries was senior John Starkey, who recovered two of the fumbles and was a factor on both sides of the ball.

“He played a good game on defense,” said Koper. “He’s one of those do-it-all guys. He played five or six positions on Friday. It was great to have him back on the field.”

The Warriors were running no substitutes at linebacker, relying heavily on a freshman crew that included Carter Tittel, who finished with four tackles. Freshman Mason Stout also kept the pressure on St. Charles, collecting two sacks.

Both teams got off to a slow start offensively, before senior Kolby Meine triggered the scoring with an 18-yard touchdown midway through the second quarter. He found paydirt again on a 24-yard scoring strike to push the Warriors ahead 14-0 heading into halftime. Meine tied for a team-best 70 yards on four catches and also led the way with nine tackles.

“Kolby played great,” said Koper. “He had a lot of great open field tackles defensively too and played very well on both sides of the ball.”

Warrenton pushed its lead to 36-0 by the end of the third period, as senior quarterback Caelon Weir distributed the ball to Evans and freshman Austin Haas on scoring drives. He then found junior Colton Brosenne on a touchdown pass to close out the quarter.

“Caelon is starting to throw the ball well,” said Koper.
Freshman Nathan Thompson added the Warriors final touchdown, rounding out the contributions from the underclassmen.

Haas came in after senior Issiah Jones was forced to the sidelines with an injury, providing 38 yards on three carries and snagging another three catches for 43 yards.

While he didn’t reach the end zone, sophomore Joe Goldsmith was a major catalyst with a team-best 97 yards on 13 carries.

“He also had one of the best defensive plays I’ve ever seen to save a touchdown,” said Koper.

Goldsmith managed to punch the ball away from the opponent as he was about to score, and senior Caelon Weir recovered for the Warriors.

With the younger crew stepping in at the skill positions, the upperclassman anchored the line and opened up holes for yardage production.

“T.J. Ray played a phenomenal game on the offensive line against their Division I lineman,” said Koper. “That really turned our offense in the right direction.”

This Friday the Warriors will travel for a 7 p.m. kickoff against St. Charles West, which faced a 55-0 defeat at Winfield during Week Four.