One of the many challenges faced by area school districts during the COVID pandemic has been the limited decision-making options they have when it comes to quarantining students. Rigid guidelines set … 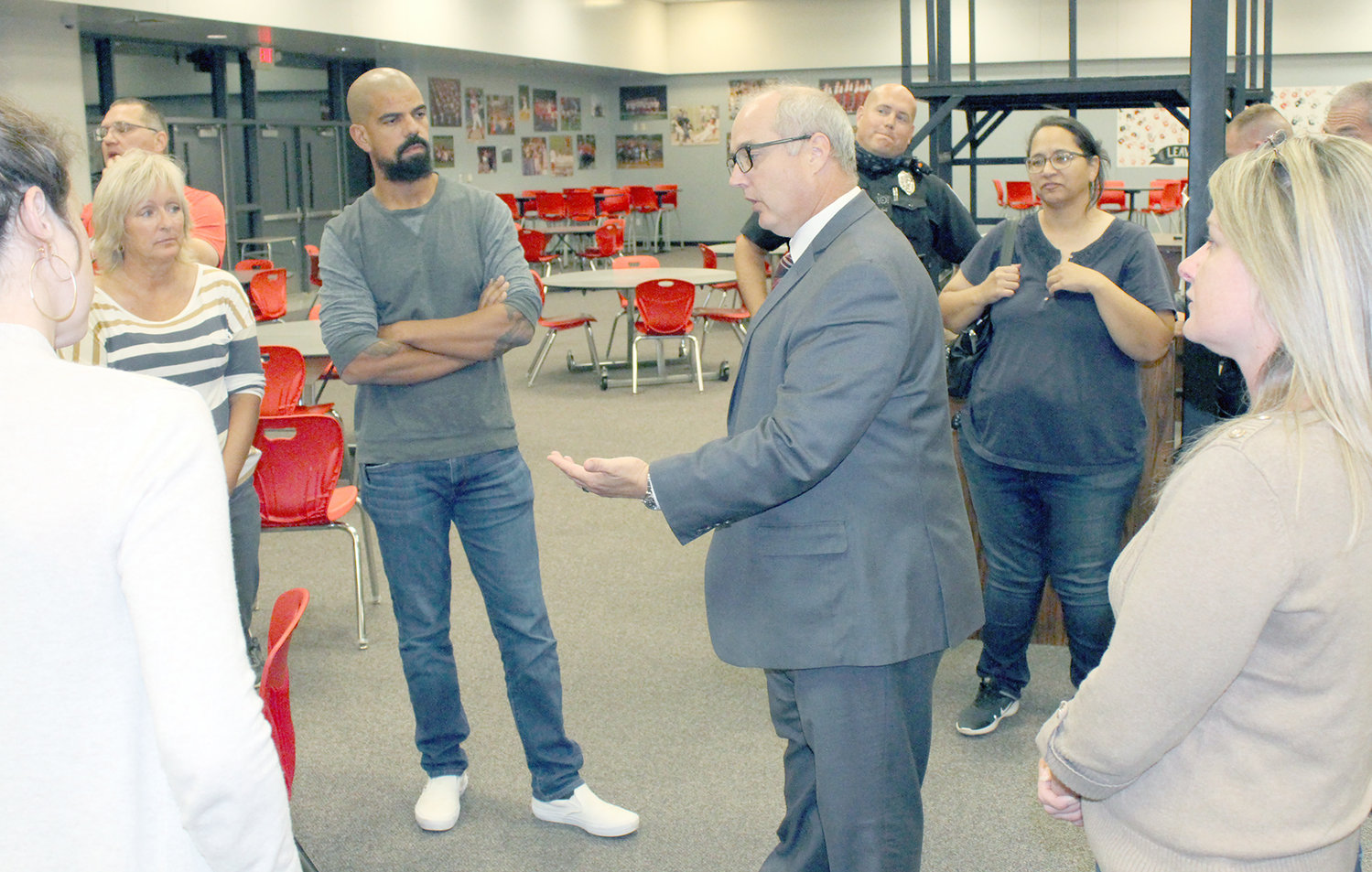 One of the many challenges faced by area school districts during the COVID pandemic has been the limited decision-making options they have when it comes to quarantining students. Rigid guidelines set by government regulators are something that Warren County R-III Superintendent Dr. Gregg Klinginsmith would like to see changed.

“The choices we have now are extremely limited to the district,” explained Klinginsmith. “It’s put masks on all kids or quarantine hundreds of kids.”

While many pandemic protocols are being handed down from the federal and state levels, it’s the local school boards that have been the recipients of pushback from parents. Seven different community members shared critical comments during the monthly R-III board meeting on Sept. 9, all expressing their opposition to mask mandates and lack of freedom for families to make decisions for their own children.

“Our kids are supposed to be getting educated, and it’s become a battle,” said Kevin Derby Sr. “Why is nobody pushing back against the health department?”

Klinginsmith later commented that even the local health department faces limitations. He explained that while the school board can vote to disregard COVID directives, many potential repercussions would be involved, including the district becoming ineligible for insurance coverage. This would leave R-III liable in the case of a medical lawsuit.

“It’s really not a local decision,” said Klinginsmith. “It’s not something our local health department has authority over. They’re required to follow the state.”

Other parents who have spoken to the district attempted to understand the board’s point of view.

“I feel like there’s not much power in this room to make many decisions,” said Bradley Jones. “I feel like you’re not given much wiggle room.”

Those messages of empathy were issued with a challenge.

“I understand you are put in very tough spots,” said Kevin Derby Jr. “The question you all have to ask yourself is, how far are you going to let this go? How long is this going to last?”

Klinginsmith is determined to bridge the gap between district leadership and the community, and implored members of the community to join him in an effort to change state COVID regulations.

Immediately after the Sept. 9 board meeting, he gathered with the group of concerned citizens for an informal discussion to further explain the barriers the district is facing and explore the possibility of working together as a group to change them.

“What I would hope to do is come up with some middle ground and take that plan to the state to see what kind of changes can come out of it,” said Klinginsmith. “It needs to be more than just me calling the state right now.”

Much of the pushback from the public has regarded the decision to mandate masks across all buildings in the district, accept the Early Childhood Center, if the number of positive COVID cases reached 1 percent. This was an attempt by the board to keep students in the classroom, as R-III has faced considerably high quarantine numbers just four weeks into the 2021-22 school year.

“We have the goal of keeping healthy kids in school and sick kids out,” said Klinginsmith. “To do that, there’s a couple models in a few states that seem pretty good.”

He would like the state to consider those models for Missouri, but feels community involvement will be necessary in accomplishing this.

“I’m always happy to hear from the public and it’s always great when they want to get involved,” said Klinginsmith.

One decision the board was able to make during its September meeting to alleviate long-term quarantines was allowing students to return to school early if they have a doctor’s note stating they tested negative and are not contagious.

As of Sept. 17, R-III has had 1,088 total students quarantined since the beginning of the year, with only 162 being positive COVID-19 cases. On Sept. 17, 382 students were quarantined, with 61 COVID cases. Every school except for Rebecca Boone was above 1-percent of students infected.

R-II school board tells Myers their priorities for Jeff City