U.S. Senator Roy Blunt made a stop in Warrenton over the weekend, visiting with first responders and city leaders at the Warrenton Fire District station on South Highway 47. 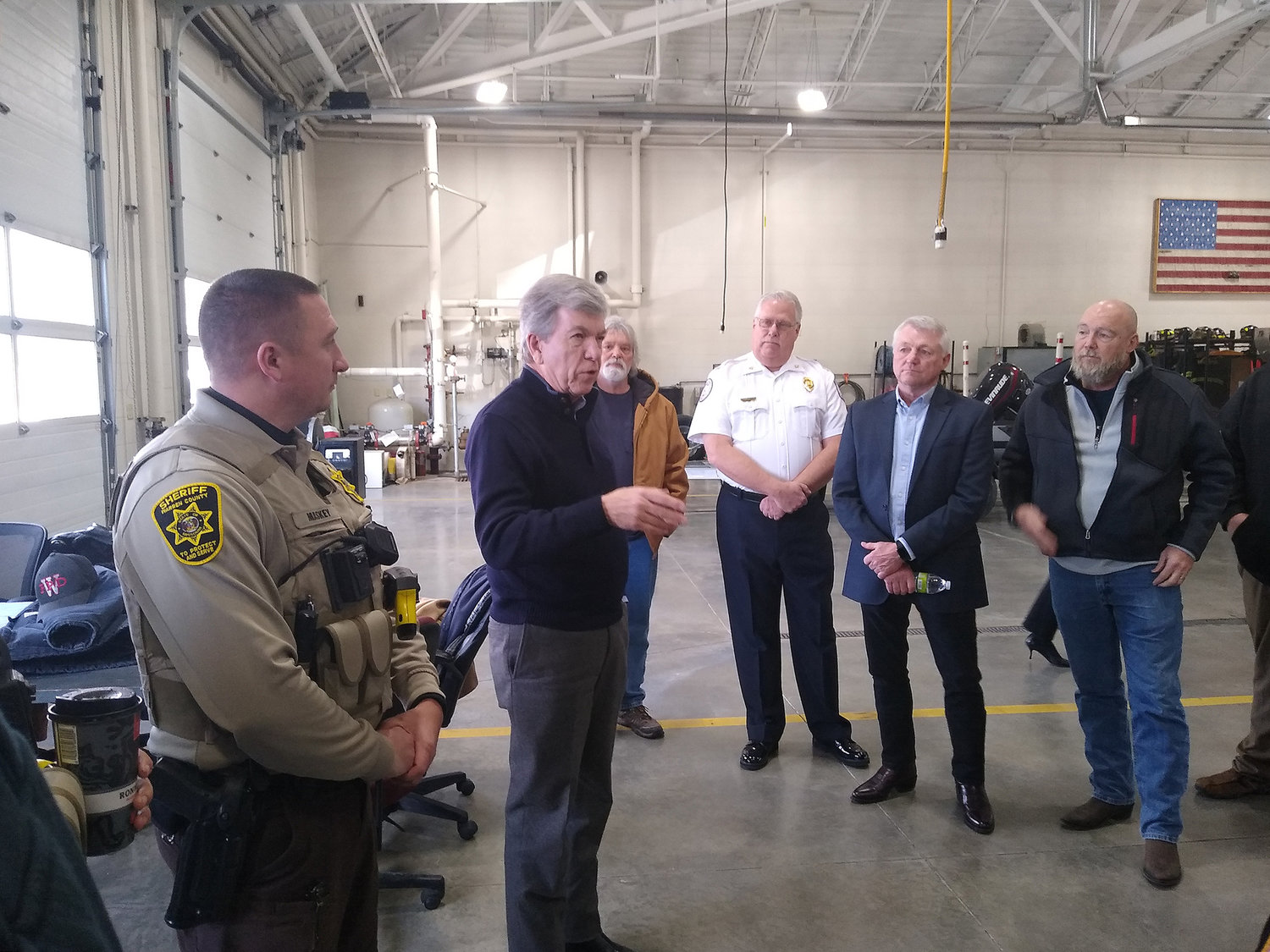 U.S. Senator Roy Blunt made a stop in Warrenton over the weekend, visiting with first responders and city leaders at the Warrenton Fire District station on South Highway 47.

Blunt’s visit was his second stop in the region on Saturday, Feb. 12. Earlier in the day, he visited a Mississippi River lock and dam outside Winfield in Lincoln County.

Blunt said he came to Warrenton to hear directly from first responders about the challenges they face in their daily duties.

As a member of the Senate Appropriations Committee, Blunt has a hand in shaping federal spending that can aid public services in towns across Missouri and across the country. Blunt is also co-chair of the bipartisan Senate Law Enforcement Caucus, which provides a forum for issues related to law enforcement.

“It’s always helpful to talk to people who are out here every day trying to protect people, to help people,” Blunt told The Record. He said visits like these help illustrate how federal policies can impact local emergency workers. “There’s nothing better to make a point than real-life examples of what people are dealing with.”

One of the issues Blunt addressed with first responders is the low volume of recruits joining public safety services, particularly in law enforcement.

“It’s a real challenge all over the country, and it was really helpful to be part of this conversation today,” Blunt said.

Representatives of several local police and fire agencies said that not only the number, but the quality of recruits has been an issue. That’s compounded by higher turnover from people leaving public safety professions. Different generational views on short-term pay and long-term benefits were suggested as part of the problem, along with a rise in negative public sentiments and negative portrayal of law enforcement in the media.

For the fire service, Warrenton Assistant Fire Chief Keith Smith told Blunt that one of his agency’s chief concerns right now, in addition to low recruitment, is funding for the fire district. While local funding has been a challenge, Smith said several federal grant programs have aided small, rural fire districts with hiring and equipment costs, as well as training for firefighters. Smith said any change in that funding would negatively impact fire services.

“Capitol Hill has got to work together to ensure those programs are not defunded,” Smith said. “There are so many hands in the cookie jar for true needs ... and in the fire service we’ve been quiet, and we end up getting the crumbs off the table.”

Blunt agreed that one of the most challenging parts of the federal budget is tough conversations about what funding really needs to be prioritized. If everything is a priority, nothing is, Blunt said, expressing support for the fire service.

“They’re wanting us to have $2,000 deductibles, just to keep it low enough to afford for our people. ... That’s the biggest (budget) challenge every year,” Eskew said. “Within three years, our healthcare cost went up over 105 percent.”

Blunt acknowledged that the cost and quality of healthcare plans is an issue.

Local representatives of the Warrenton and Warren County governments also informed Blunt that they’d like to see funding put into expanding the Interstate 70 corridor and developing rural broadband internet.