Warrenton’s Morgan Park, which is the northern section of two adjacent parks on Morgan Street, has perhaps seen better days. 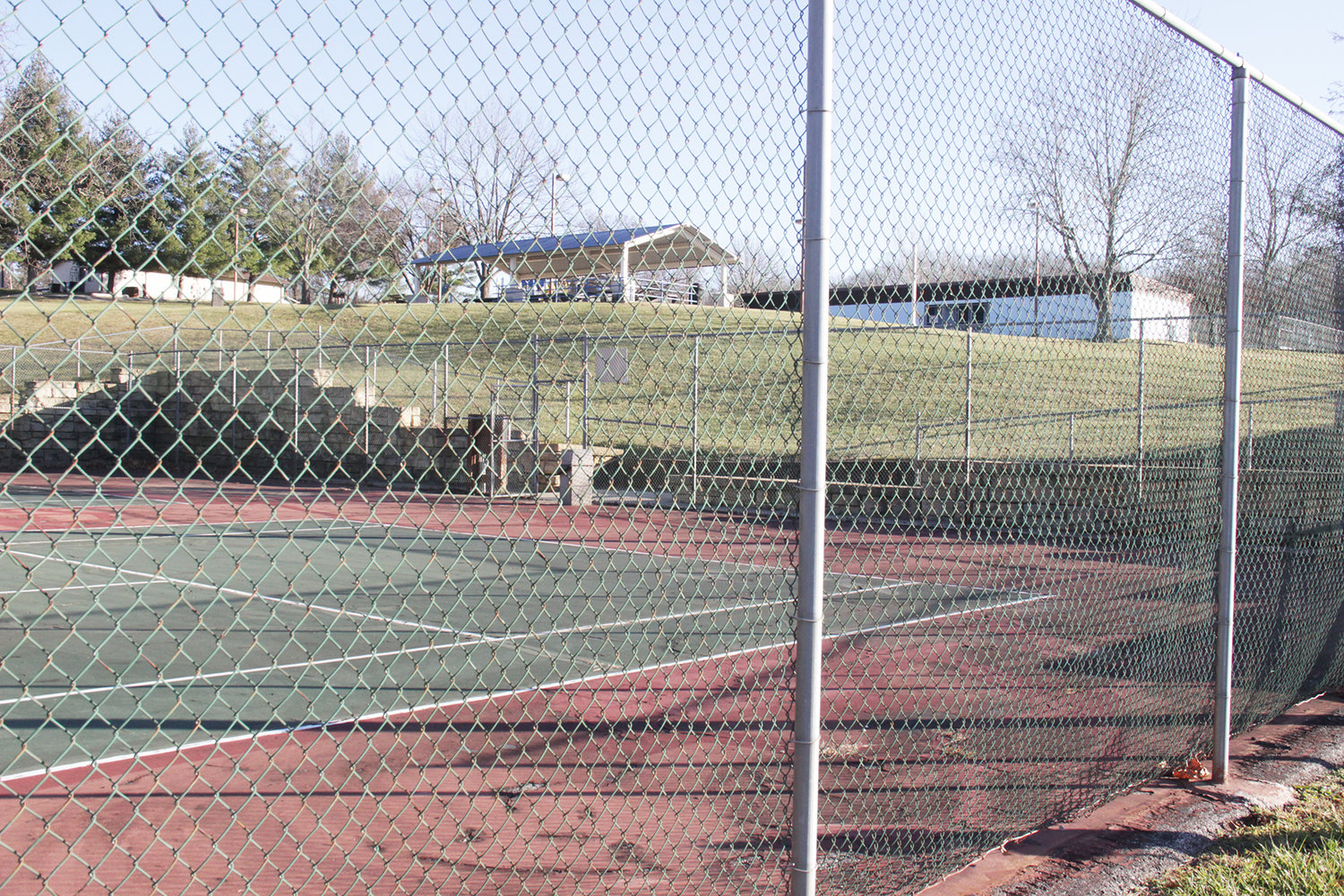 NEEDS TLC — Surface deterioration due to water seepage is visible at the tennis court in Warrenton's Morgan Park. Behind, on the right, is the facility for the city's decommissioned outdoor pool. City leaders want public input on what improvements to make at the park.
Adam Rollins photo
Posted Friday, December 31, 2021 5:00 am
Adam Rollins, Staff Writer

Warrenton’s Morgan Park, which is the northern section of two adjacent parks on Morgan Street, has perhaps seen better days.

The city’s former outdoor pool lies decommissioned because of deterioration, the tennis court has cracked surfacing because of frequent water seepage, the sand volleyball pit goes mostly unused, and the playground is closed while the city considers replacing the ground surface with a safer material.

City leaders believe a transformation of the park is in order, and they’re looking for public input on what that transformation should include. The city recently published a short online survey for residents to share their feedback about what they would like to see in the park. The survey can be found at https://forms.office.com/r/XDJiKSMv8b.

One of the more expansive ideas that’s been floated for Morgan Park since the old pool’s closing is to repurpose the sunken concrete structure into a skate park. City officials say the pool structure either needs to be repurposed, or else demolished and filled in so that something else can be built on top of it.

The survey allows residents to provide their own suggestions about what to do with the park, but some other suggestions also provided by the city for residents to consider are updating the tennis court and sand volleyball pit, expanding the playground, and adding new courts for things like basketball or pickle ball.

“Fill out the survey. It’s the quickest and easiest way to get anything you like to see in the parks,” Mayor Eric Schleuter said in comments directed to the public. “We feed all that information back to our park board so we can ... add things (the public) wants to see, features and amenities in our parks.”

Warrenton is hiring Weis Design Group to create a conceptual site plan for Morgan Park renovations based on the city’s vision and public feedback. The drawing will include not only the updated attractions, but also new restrooms, lighting and walkways, according to a contract approved by the Warrenton Board of Aldermen on Dec. 21.

The conceptual plan will also include cost estimates for the actual work to improve the park.

Getting those plans and cost estimates will be highly beneficial, said city Director of Operations John Struckhoff. Warrenton needs those not only for its own budgeting, but also to apply for outside grant funding for the project.

“We just learned about a grant that’s due Feb. 16, so if we can get this conceptual drawing in, and get in the running for that grant, we can maybe get some of this funded by grant money,” Struckhoff said.

Warrenton will pay an $11,500 fee for Weis Design Group’s services.

The firm has also provided the city with an option to create 3D renderings of the park improvements, at an additional cost of $11,000. City leaders didn’t clarify during their meeting whether they would take advantage of that service, but said they could see some benefit.

“We can provide that on our website so that people could see what it will be like,” commented Mayor Schleuter.

Warrenton Board of Aldermen, Morgan Park