A unique recreation venue that stirred up a lot of public excitement when it was first announced is now opening its fields for players to enjoy a casual day of paintball and airsoft battles. 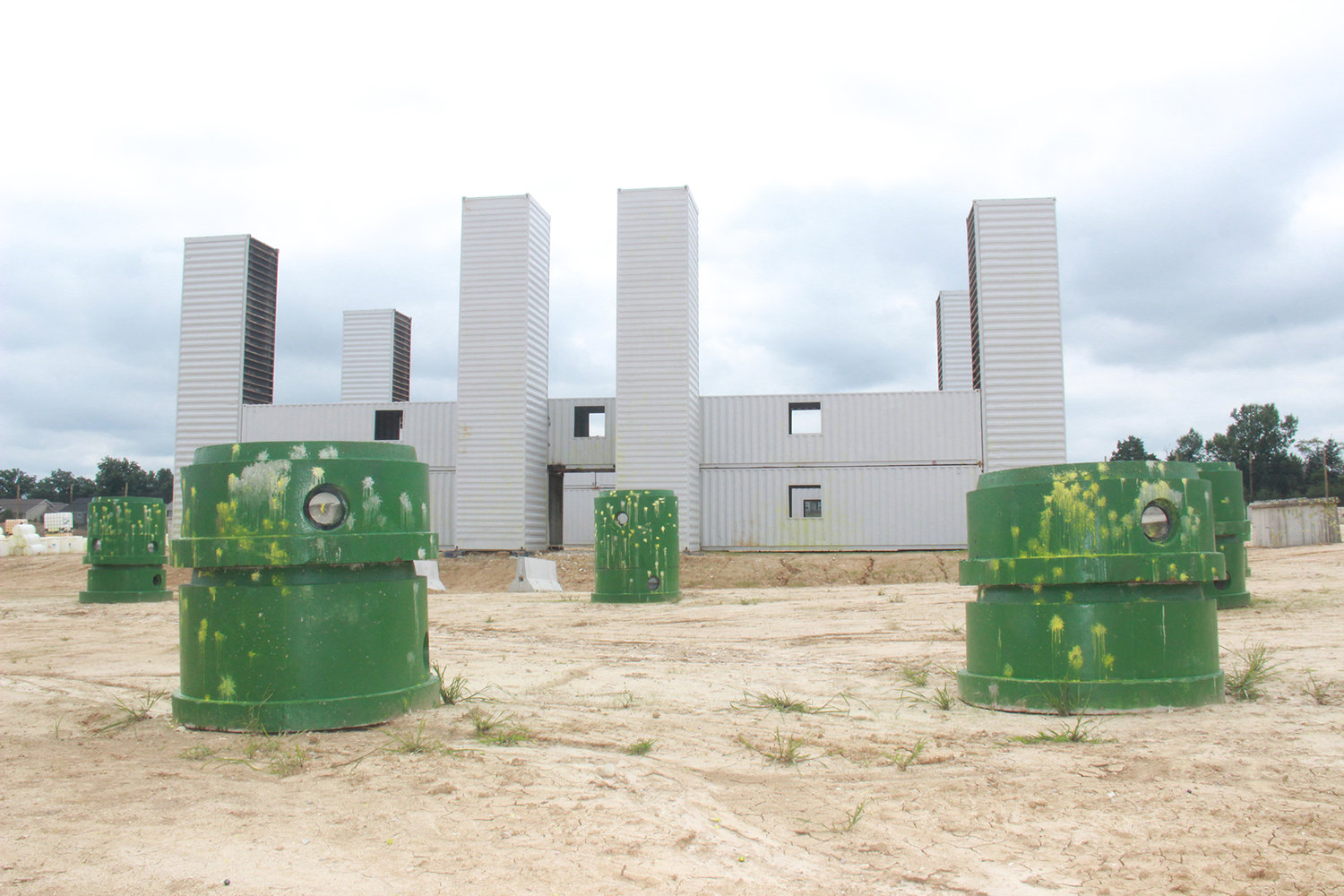 BOWSER’S CASTLE — Themed on the Super Mario video game series, the Bowser’s Castle field at Good Game Sports Park catches the eye of drivers along Interstate 70 and has driven a lot of early excitement for the new park.
Adam Rollins photo 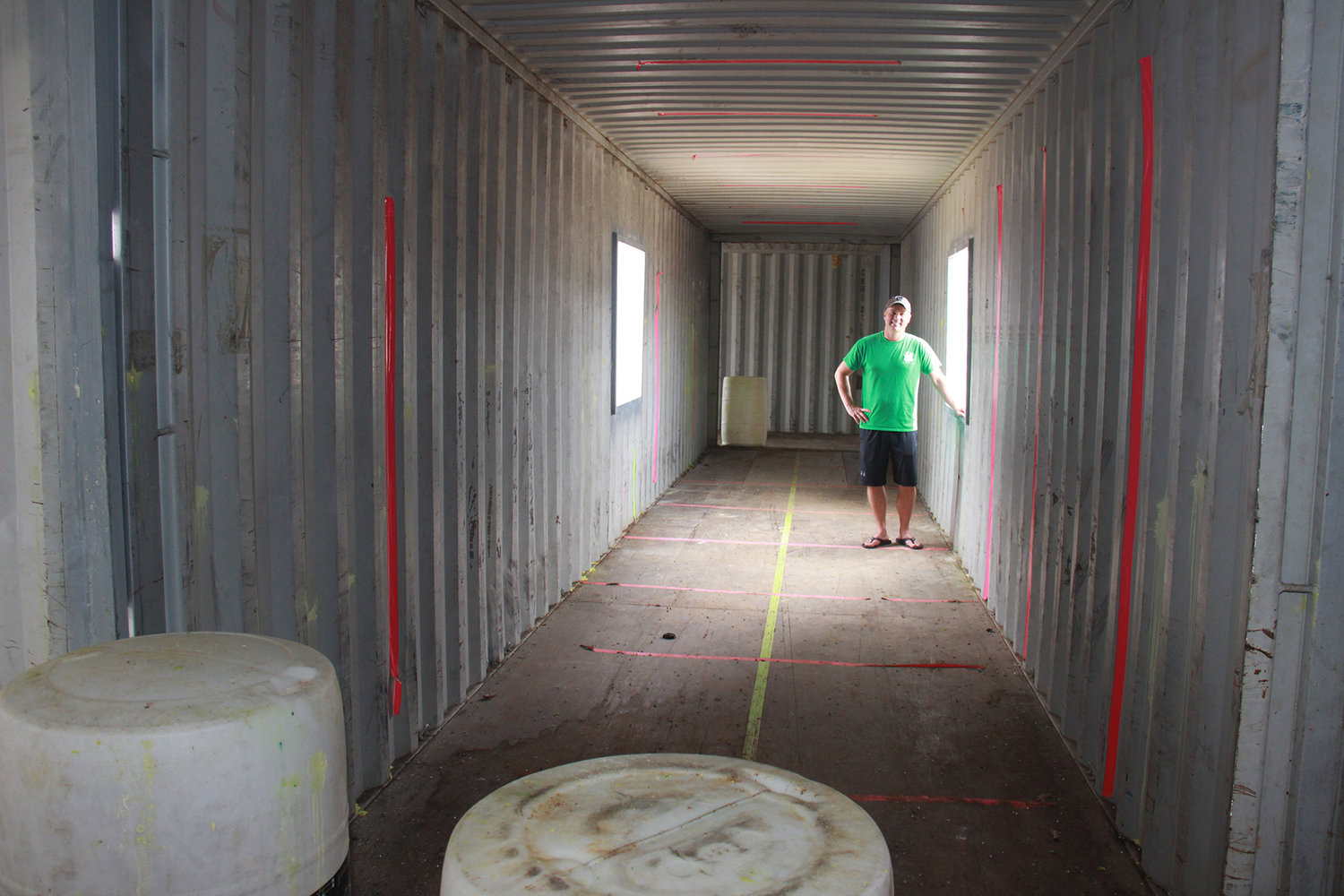 TACTICAL SPORT — A castle made from converted shipping containers and featuring interior corridors will be the center of attack-and-defend style matches for paintball and airsoft players at Good Game Sports Park. Pictured is owner Dustin Loeffler.
Adam Rollins photo 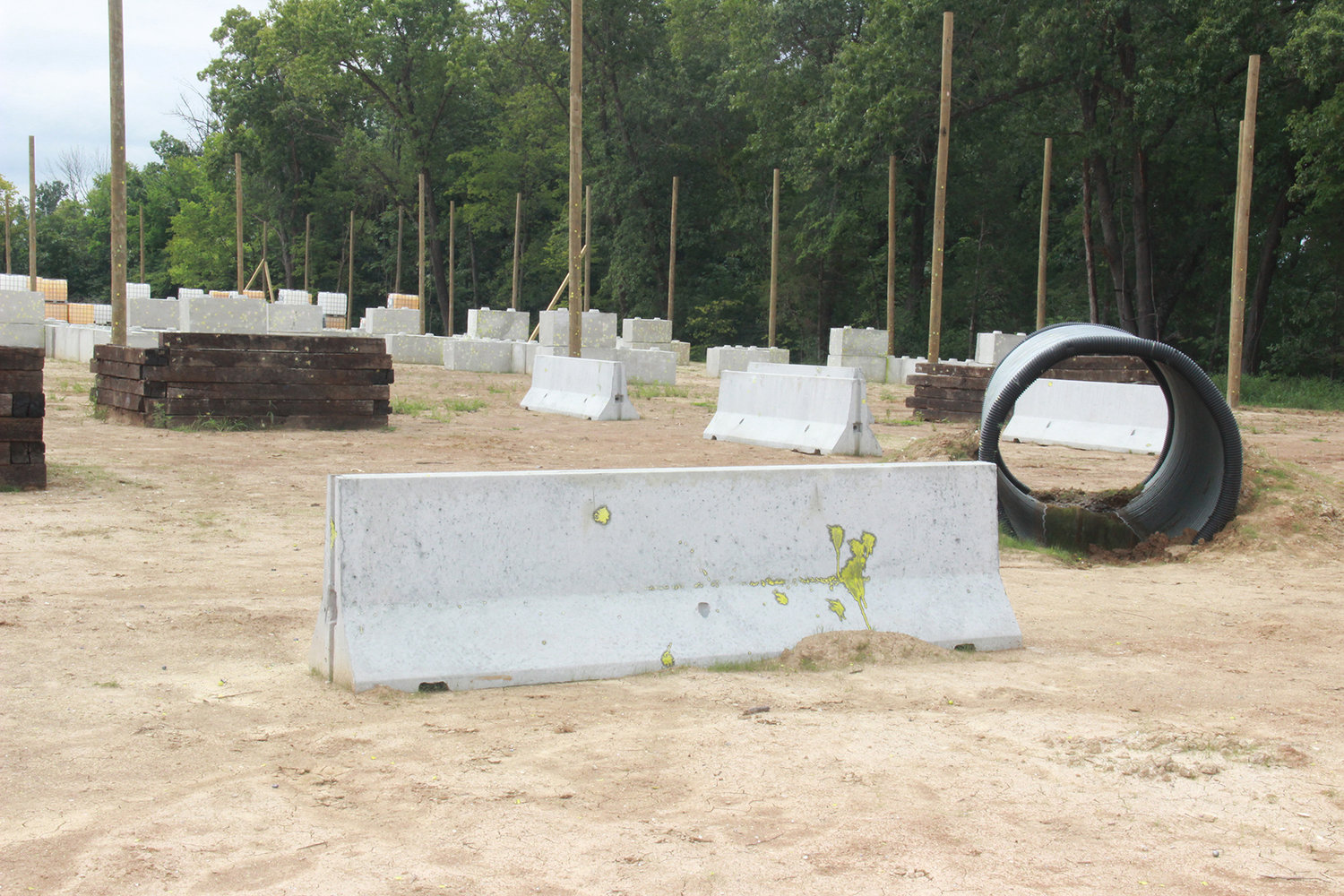 A unique recreation venue that stirred up a lot of public excitement when it was first announced is now opening its fields for players to enjoy a casual day of paintball and airsoft battles.

Good Game Sports Park, located on Veterans Memorial Parkway in Truesdale, began opening for weekend recreational play the first week of August, allowing players to get an experience of the park as workers continue to build additional fields. The impossible-to-miss centerpiece of the park, a castle made of shipping containers visible from Interstate 70, was an instant point of excitement, said park owner Dustin Loeffler.

The park is segmented into multiple field areas that are intended to be reminiscent of terrain from different video games and sci-fi movies. Loeffler hopes those nostalgic themes will provide an evocative experience for everyone who visits.

“It’s fun to see everyone smiling when they walk off the field,” Loeffler commented. “I wanted to connect people to experiences they’ve had before, and I’ve always been a gaming nerd.”

Being a first-time park owner, Loeffler said he was highly anxious about opening the park for the first day on Saturday, Aug. 6. When he arrived at 6 a.m. and found several people already waiting to get in, he knew it would be fine. About 300 people came for the first day of play, brought mostly by online word-of-mouth.

“Opening weekend was really special. When you do a business venture like this, you never know how it’s going to go; if it’s going to be a hit, or a dud,” Loeffler commented. He said players so far have traveled from across Missouri and southern Illinois to play at the park, with the most distant traveler so far coming from Oregon.

From hobby to venture

To develop plans for the Good Game park, Loeffler drew on his own lengthy experience as a competitive paintball player. Many paintball and airsoft fields are put together piecemeal, leading to small frustrations as basic as not having enough parking, Loeffler said. He wanted to build a park where players could tell everything had been planned out from the start to maximize the experience.

Providing a meaningful experience to players and the community, especially to young people, is a deeply personal goal for Loeffler. Growing up from “meager beginnings,” as he described it, a local paintball field gave him a chance to play and develop a love of the sport. As he grew up, competitive paintball gave him opportunities for international travel to competitions.

Now, Loeffler said he wants to pass on new opportunities to compete and make friends for young people who are also growing up with disadvantages. He said being involved with people in the community is a core part of the park’s mission.

The park development is about 75 percent complete, Loeffler said, with work continuing through December. Two competitive play fields, open-play areas themed on super heroes and urban video games, and a permanent retail building are at the top of the to-do list.

Even once the park is fully built out, Loeffler plans to continue making improvements to the fields.

“It’s nice to see how they play first, and then make tweaks from there. I’m big on iteration,” he commented.

Loeffler is also gradually ramping up offerings for customers, saying the business will begin taking group reservations in the near future. Groups of 10 or more will be able to reserve a field for private play during the week.

As of now, Good Game Sports Park is open for general play from 9 a.m. to 5 p.m. Saturdays and Sundays. For more information about the park, go online to www.facebook.com/ggsportspark.