N. Highway 47 sidewalk built, but final work gets another extension

A sidewalk connecting the north end of Warrenton to the Interstate 70 corridor is fully paved, but unfinished site work along the route has left city leaders with one last bit of frustration as the …

N. Highway 47 sidewalk built, but final work gets another extension 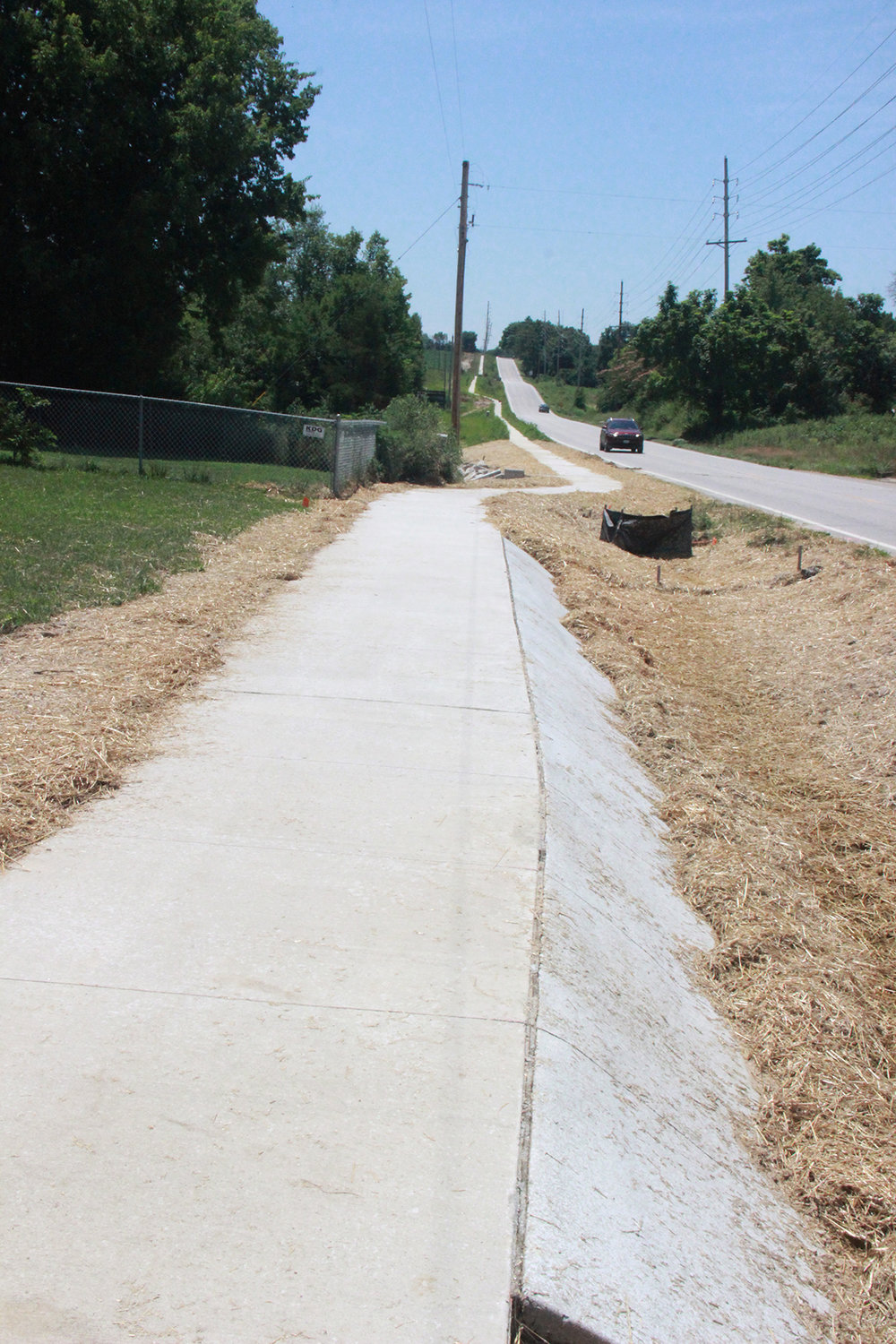 A sidewalk connecting the north end of Warrenton to the Interstate 70 corridor is fully paved, but unfinished site work along the route has left city leaders with one last bit of frustration as the multi-year project reaches its end.

Concrete for the entire 2.5-mile sidewalk was poured by the end of June, but a number of safety and erosion control tasks were still not done, city Director of Operations Jon Struckhoff told the Warrenton Board of Aldermen on July 5. Struckhoff said the contractor, R.L. Persons Construction, had requested a three-week extension on the work.

He added that R.L. Persons’ bill for the work had a net reduction of $31,000 because a previously planned fence didn’t need to be installed. The total project cost was originally bid at $1.7 million.

This will be the second recent extension that Warrenton grants to the contractor to get the sidewalk project done. Aldermen had allowed a June 30 deadline after the contractor had to demobilize equipment for the winter in late 2021, and didn’t return until early May. Since work resumed, Struckhoff said the pace of the project had been satisfactory.

“The new date was accepted right around the beginning of May, and then the first two or three weeks of May it rained. That’s why it’s pushed them back,” Struckhoff explained.

Once all site work is complete, Struckhoff said R.L. Persons will be responsible for managing vegetation, erosion control, and any pavement repairs until Sept. 30. That was an important provision for city leaders, after erosion this spring damaged portions of the new sidewalk that the contractor had to fix.

Mayor Eric Schleuter said he’s happy to see the sidewalk nearing completion, but frustrated to be giving another extension for work that he said could have been done earlier this spring.

“For the concrete, I get not being able to pour (due to temperature). But they still could have fixed a lot of the washout and other things in the meantime, and no movement was made on that,” Schleuter said. “I’m disappointed in the contractor, more than the project. I love the project, and I’ve seen a lot of people use it ... every time I walk it or drive it.”

Schleuter inquired whether Warrenton can activate a provision of its contract with R.L. Persons that allows the city to seek monetary penalties due to the work not being complete on time.

City Attorney Christopher Graville advised that it would be possible to refuse any further extension of the project deadline and seek penalties, but doing so would likely delay the remaining work from getting done.

“You would either have to hire a contractor to go out and finish what they’ve done, or have city staff do it,” Graville commented.

Aldermen voted unanimously to grant R.L. Persons until July 22 for the remaining ground work and traffic signage, but Alderman Larry Corder asked for the contractor to maintain the area through October. Struckhoff said he would pursue that change and report back to the aldermen.

Warrenton Board of Aldermen, Sidewalk, Highway 47