Marthasville chiropractor offers visits in the comfort of your home

Dr. Ron Kuester, Marthasville, is bringing a different approach to his chiropractic practice. After tending to his patients in a traditional high-paced chiropractic environment, Kuester had a growing …

Marthasville chiropractor offers visits in the comfort of your home 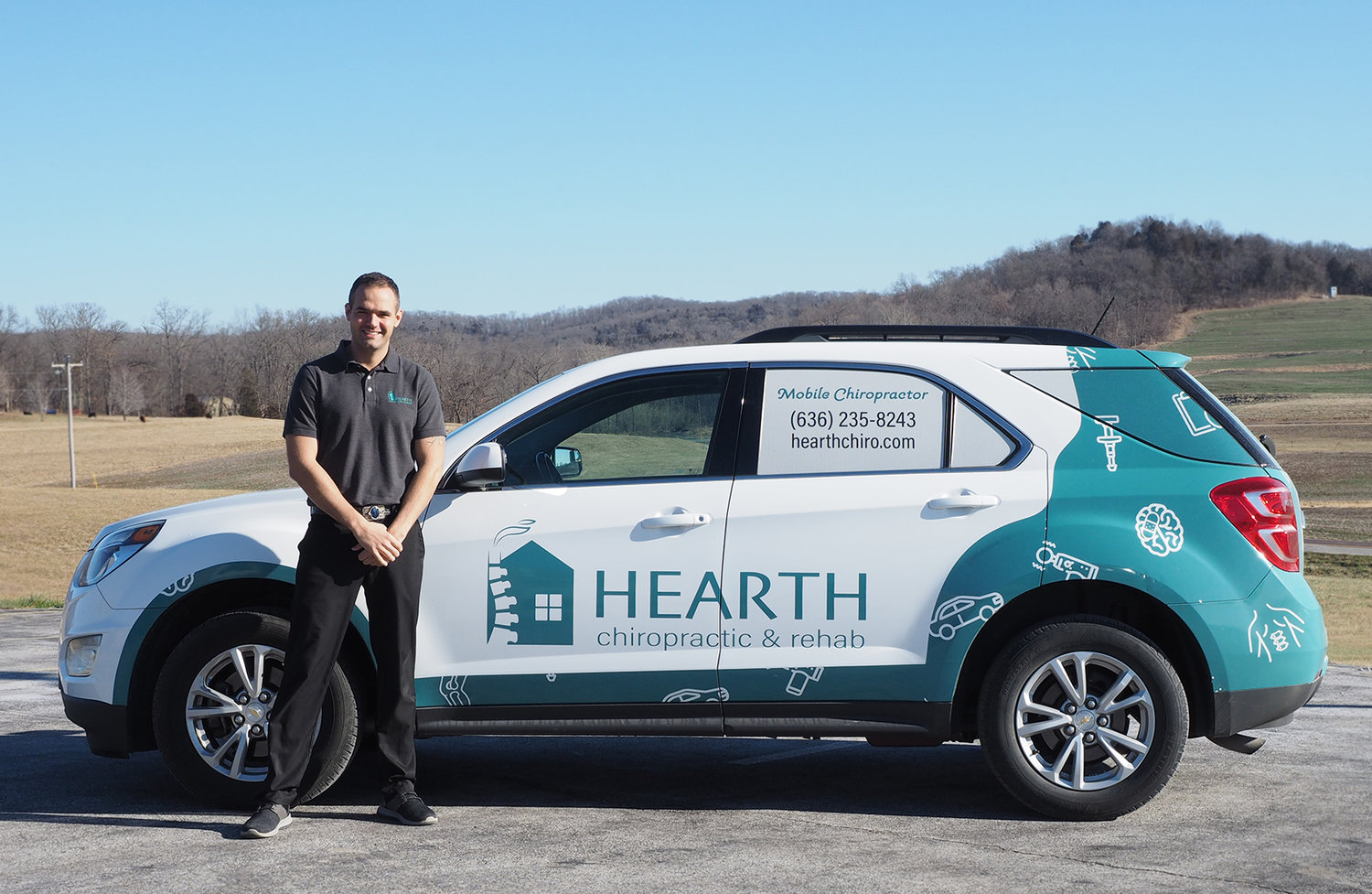 TREATMENT COMES TO YOU — Dr. Ron Kuester, has recently opened Hearth Chiropractic and Rehab, a fully mobile service. Kuester wants to serve those who may wish to have their chiropractic service in their own homes or workplaces. He is located in Marthasville and serves Warren and neighboring counties.
Cindy Gladden photo
Posted Monday, January 17, 2022 8:00 am
Cindy Gladden, Correspondent

Dr. Ron Kuester, Marthasville, is bringing a different approach to his chiropractic practice. After tending to his patients in a traditional high-paced chiropractic environment, Kuester had a growing desire to make a change. In late 2021, Kuester established Hearth Chiropractic and Rehab to serve his clients in Warren, Franklin and St. Charles counties by offering mobile services.

Kuester is a native of Wentzville, where he met his future wife, Lucy. He joined the Army National Guard while still in high school, then attended Truman State where he received a degree in exercise science.

He didn’t become interested in becoming a chiropractor until he noticed how chiropractic treatments helped his wife, who had sustained a sports injury and suffered from debilitating migraine headaches. He embarked on a journey to become a chiropractor at Logan University and earned his doctor of chiropractic degree in 2018.

Kuester embarked on his career as an office-based chiropractor, but he felt like he could offer more. In late 2021, he started putting his plans in place to offer an entirely mobile practice to the community. He is now on the road meeting clients where they are comfortable and offering them a more holistic approach to regaining mobility and health.

He no longer sees 35-40 people in one day, but instead concentrates on building his clientele one family at a time.

“I want to be able to go to them,” said Kuester. “I can help people and not rush them through. I can treat whole families at their home, instead of moms having to pack up all their kids and try to get to an appointment. I can also charge less by seeing more people on one visit.”

With three young children in his own home, Kuester understands how hard it can be for parents to seek the treatment they need. He also said many people are not comfortable with the large rooms full of patients they can see at a traditional chiropractic service and would rather have more privacy without leaving their homes.

Kuester said he does not offer insurance or workers compensation and feels like he can offer better prices without the hassle of all the paperwork. He said he feels he can space appointments further apart and be able to spend more time with his patients during their appointment.

Services offered at Hearth Chiropractic include traditional adjustments, myofascial release therapy, dynamic stretching and rehabilitation services. Kuester treats patients from infants to elderly. He believes in educating his patients so they can take positive steps to improve their health between appointments. His goal is to bring “healing and restorative care you need to live your best life.”

“I want to help people out,” said Kuester. “I want them to get better.””

Kuester said the new approach to his business has caused him to tackle a lot of new obstacles, but the trade-off is getting to spend more time with his own growing family.

To learn more about Hearth Chiropractic and Rehab, visit www.hearthchiro.com or call 636-235-8243. Appointments can be made Monday through Saturday from 8 a.m. to 6 p.m.