During heavy rains and flash flooding last week, one local rescue call put dramatic emphasis on the types of incidents that emergency responders don’t see very often, but are a matter of life … 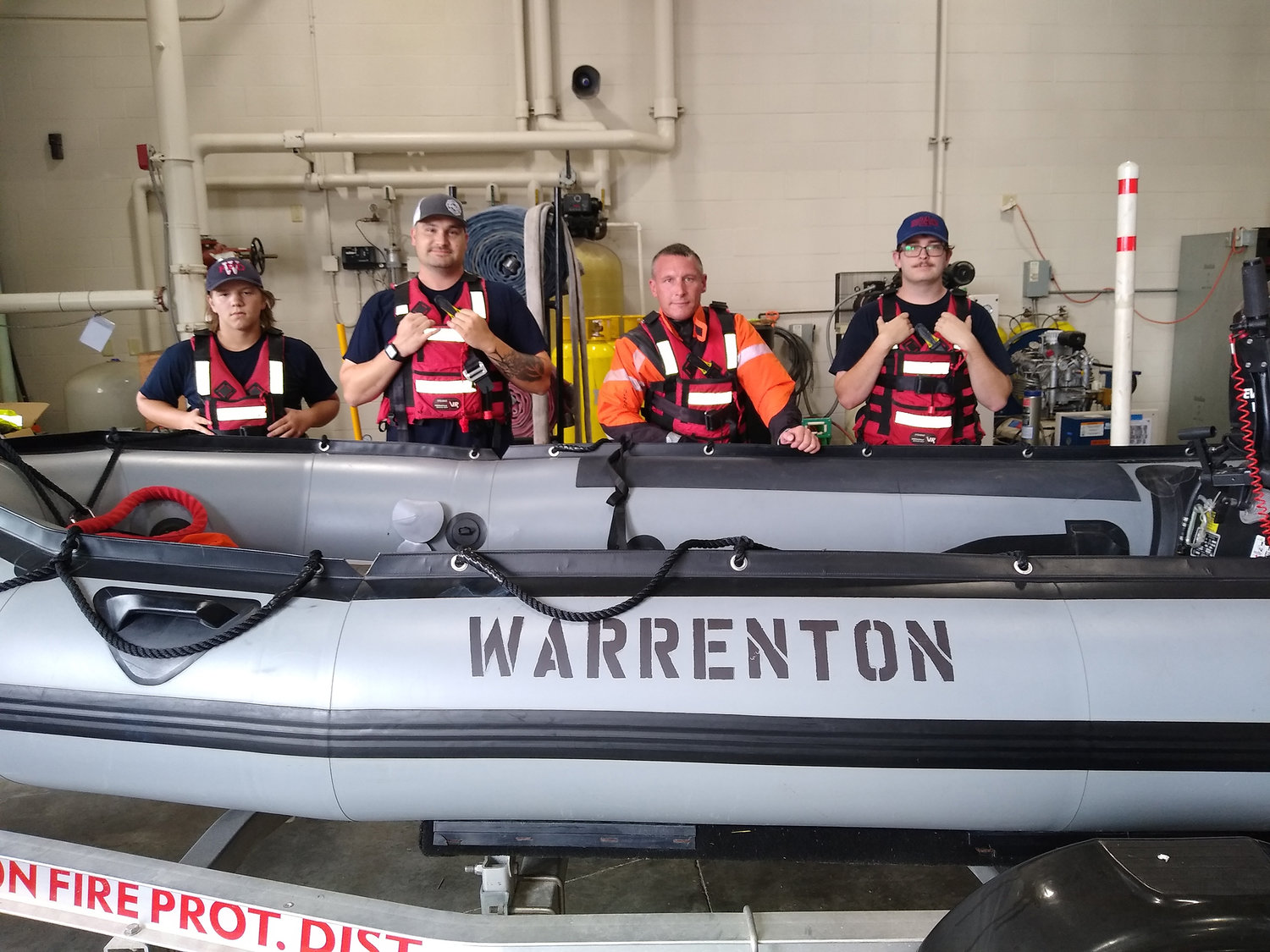 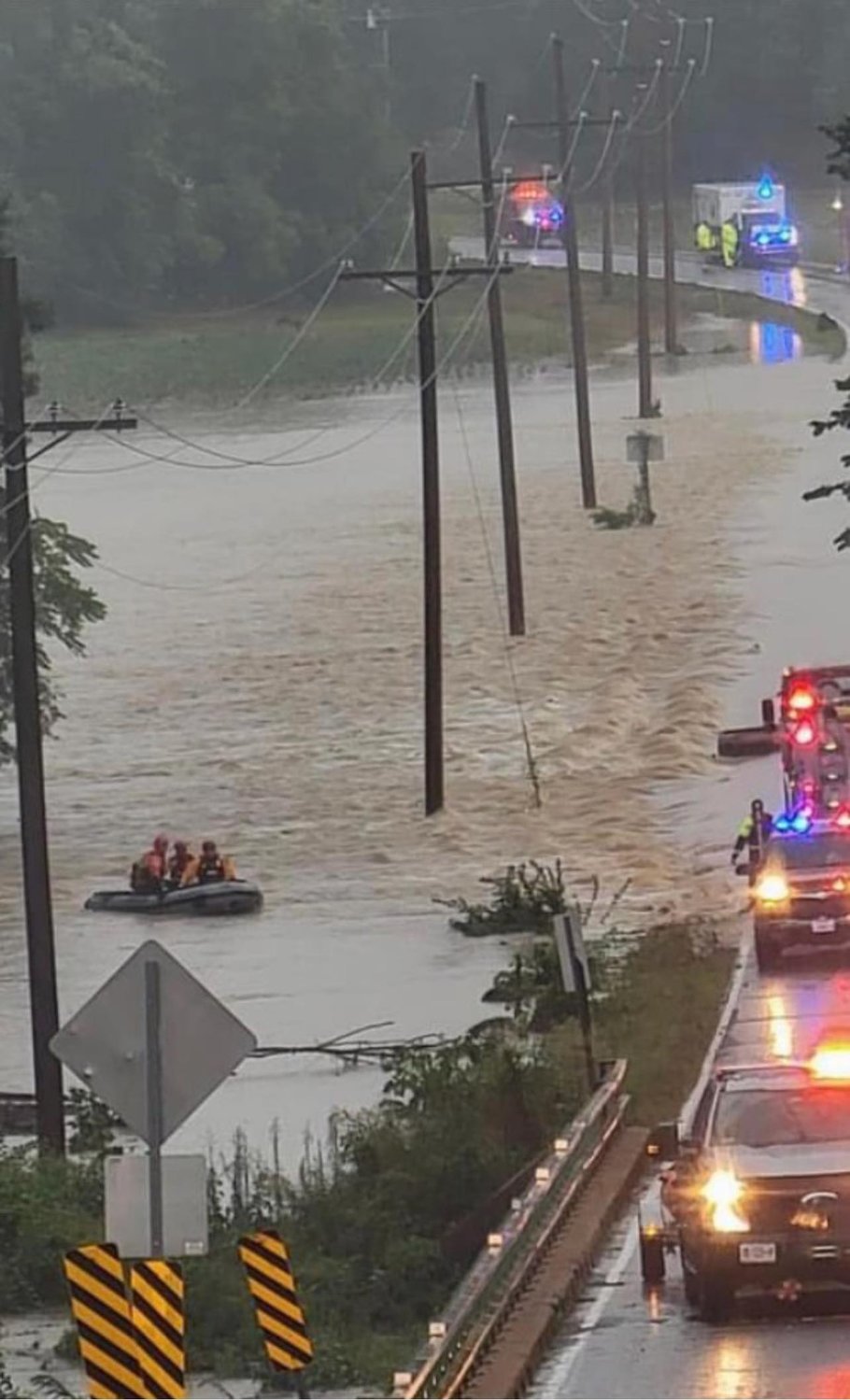 During heavy rains and flash flooding last week, one local rescue call put dramatic emphasis on the types of incidents that emergency responders don’t see very often, but are a matter of life and death when they happen.

As flood waters rose in the pre-dawn hours on Tuesday, July 26, a woman driving her SUV along Highway J north of Wright City got caught in the current from a nearby creek that had overtaken the roadway. The vehicle was swept off the road and carried into a treeline about 40 feet away. As the waters rose, the woman climbed on top of her vehicle and held onto a branch for more than two hours while rescuers were working to reach her.

In situations such as these, area fire departments form the core of most rescue operations. Over the decades, the mission of firefighters has grown far beyond what their job title would suggest, said Captain Matt Dabbs with Warrenton Fire Protection District. Dabbs was the pilot of the specialized rescue boat that eventually pulled the woman from floodwaters so deep that rescue crews couldn’t even see the car she was standing on.

Dabbs said the multiple fire agencies on the scene had already attempted to send out rescue swimmers when Warrenton Fire arrived with the boat.

When performing water rescues involving swift current and dangerous debris, Dabbs said crews work together to coordinate upstream spotters who are on the lookout for dangers coming into the rescue area. They use radios and whistles to signal trouble.

Meanwhile, teams are also positioned downstream to act as backup in case the patient or a boat crew member are grabbed by the current.

With those safeties in place last Tuesday, a crew of three firefighters trained for swiftwater rescue deployed their boat into the current. They fought against the push of the water, struggling to get the boat positioned where they wouldn’t also get trapped in the treeline, Dabbs said.

After two attempts, Dabbs said the crew got into position and got a life jacket onto the patient. They then hauled her into the boat and got her back to the road. The woman was treated by medics at the scene and cleared to go home.

“It’s definitely a team effort. Whether you’re the guy making the grab, or the guy running the boat, or the guy on shore holding the rope, none of it could be done without every single person on that team doing exactly what they’re supposed to do,” Dabbs noted.

Preparation for these sorts of rescues begins long before the emergency happens. It’s crucial to have both the right equipment and the right training to do the job, Dabbs said. The preferred rescue boats are specialized to operate in strong currents filled with debris, and the crew of the boat are outfitted with gear for working in the water.

Agencies send their staff to highly specialized training courses out of state or through the University of Missouri to learn swiftwater rescue, Dabbs said. High-level training scenarios are designed to replicate the most extreme conditions, including working at night or in rapid currents, so that trainees build an understanding of exactly what their bodies and equipment are capable of.

While pulling someone out of a flooded area isn’t work that a firefighter does on a daily basis, it’s critical to be ready for when that call comes in, Dabbs said.

“This is a reminder of why we train so hard at what we do and take pride in our equipment,” he noted. “When you do all these things, and you work as a specialized team and everybody does their job, the result is a life saved.”

Marijuana tax to be decided by county voters