At the event, second-generation … 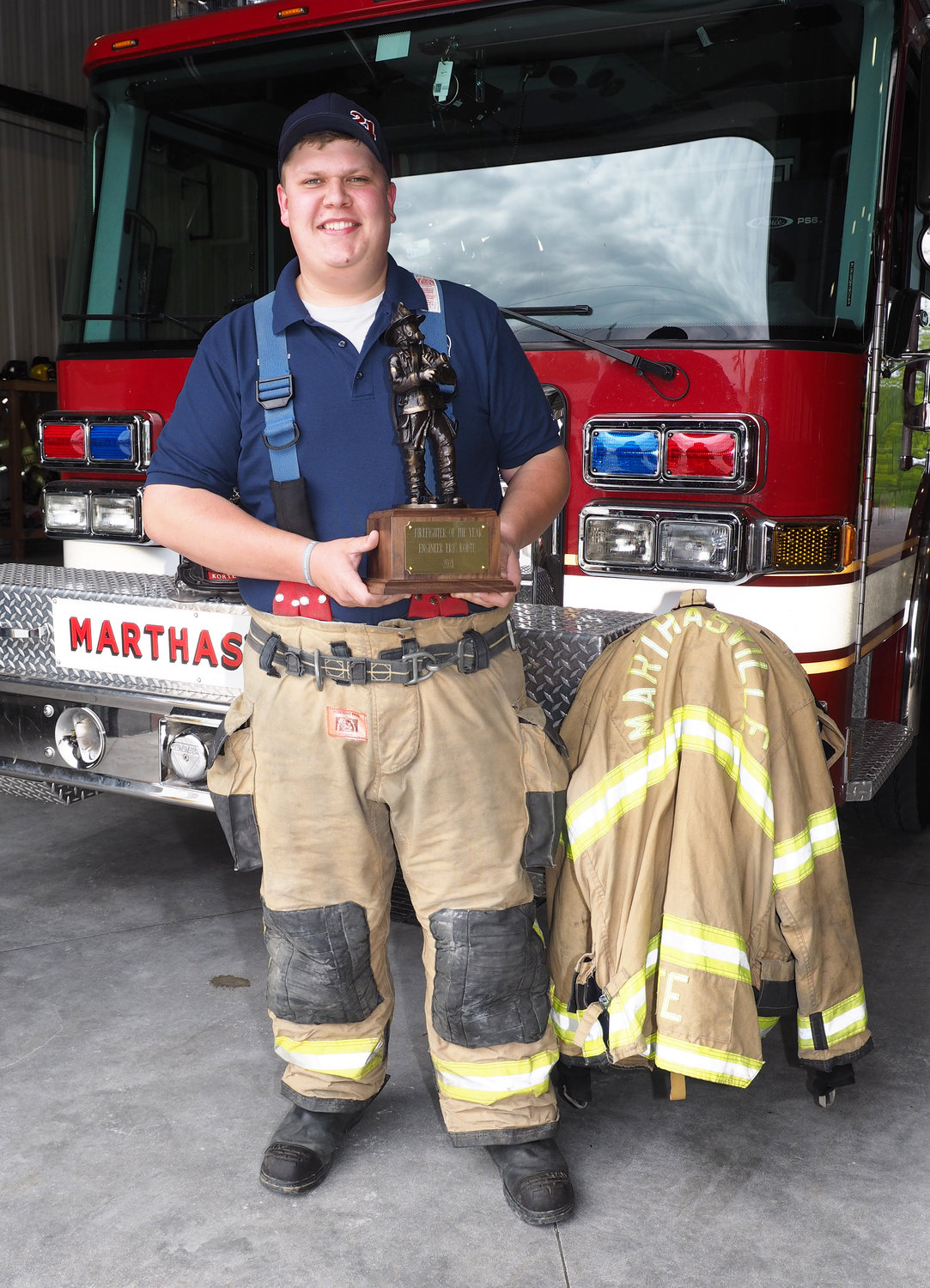 FIREFIGHTER OF THE YEAR — Engineer and firefighter Eric Korte was awarded as the top firefighter for 2021 for the Marthasville Fire Protection District. Korte was selected by his fellow firefighters to receive the recognition. Korte has been with the fire department for eight years.
Cindy Gladden photo
Posted Monday, May 30, 2022 5:00 am
Cindy Gladden, Correspondent

At the event, second-generation firefighter and engineer Eric Korte was announced as the 2021 Firefighter of the Year, as chosen by a vote of his peers.

“Eric is happy to be there and eager to teach,” said Assistant Fire Chief Sean Johnson. “He is a good role model. He’s active, engaged and shows great commitment to the district. He does a great job of keeping his composure on the scene and is always thinking 10 steps ahead.”

Johnson said Korte’s role as engineer is to operate and maintain the department’s apparatus and equipment. Korte responds from Station 1 in Marthasville.

Korte began his journey to firefighter as a 16-year-old cadet. He followed in the footsteps of his dad, Bob, who spent 33 years with the district. Korte said he spent his childhood at the firehouse.

Korte, employed by Schwoeppe Machine & Tool, finds time to train and respond to calls in the Marthasville district.

“I really like seeing a positive outcome, especially when the incident is so severe,” said Korte.

Korte’s goals are to continue training and to be part of the leadership of the department one day.

Top responders were Sean Johnson with 167 responses; Jeremy Smith with 109; and Jeff Backhaus with 104. Auxiliary member of the year was Brenda Roloff. Rookie of the year was Jacob DeVore.

A special award was given to the family of the late Marvin Schwoeppe, captain for many years with the department out of Station 3 in Dutzow.

The Call of the Year Award was voted on by the MFPD members. On Aug. 11, 2021, a call went out to respond to a single-car motor vehicle accident with an active fire. All three patients were in critical condition. One was in cardiac arrest.

Johnson said the incident was considered the Call of the Year because it exemplified the teamwork and effort it took to have a positive outcome. All firefighters responding to that call were awarded a lifesaving award.

“A young man is alive today because of it,” he said.