In school elections, challengers want to focus on parent input

Candidates for two local school board elections had a chance to address a small group of invested voters on Monday, March 14, where a primary focus of discussion was on the contentions between …

In school elections, challengers want to focus on parent input 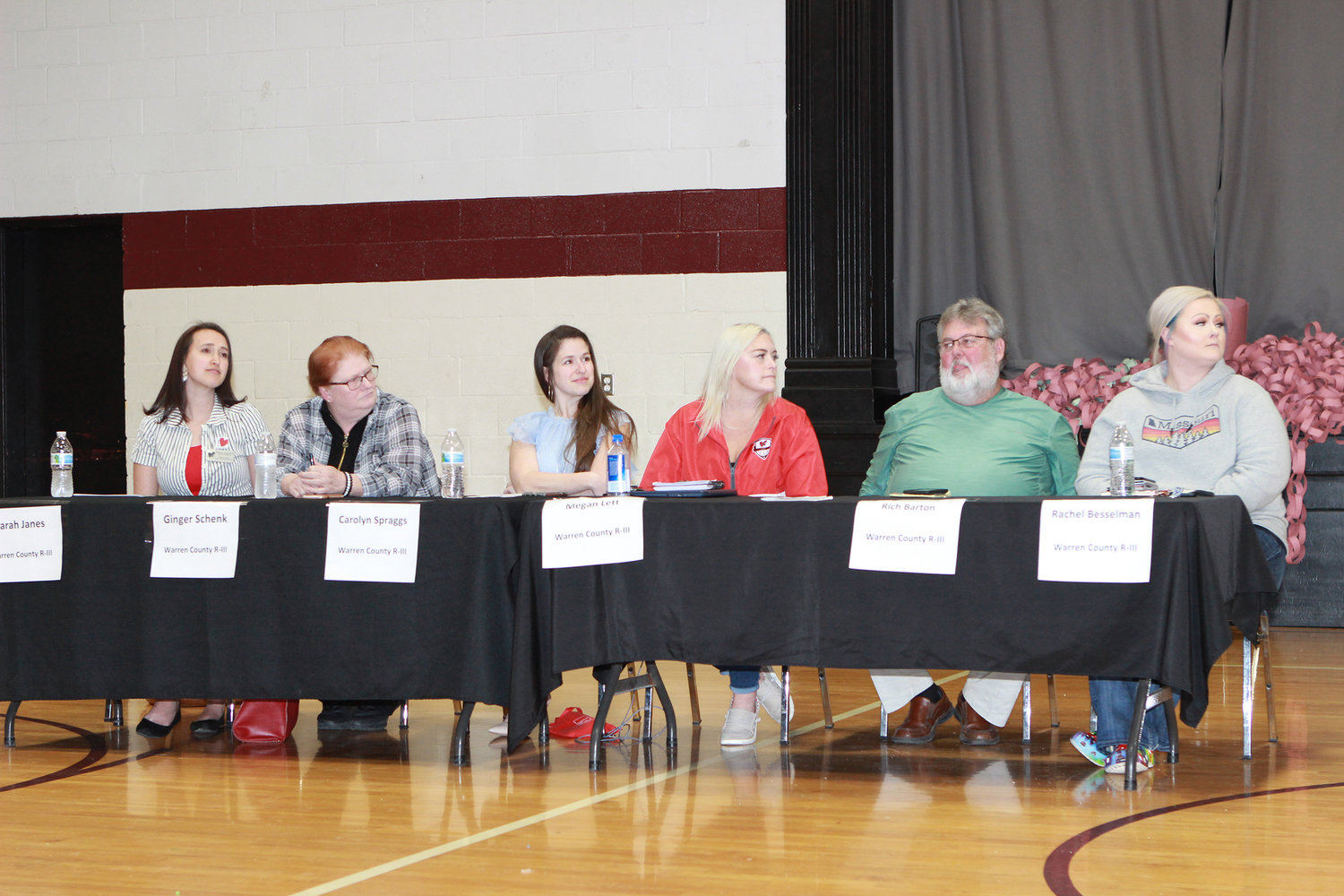 Candidates for two local school board elections had a chance to address a small group of invested voters on Monday, March 14, where a primary focus of discussion was on the contentions between incumbent board members and community challengers.

The forum, hosted at Liberty Christian Academy, was one of several speaking events scheduled in March for candidates on the April 5 election ballots. The forum on Monday was exclusively about school board elections for the Warren County R-III and Wright City R-II school districts.

Briefly, here’s the layout of local school board elections and the groups of candidates competing in them:

• Warren County R-III has two board seats with three-year terms up for election. Incumbents Sarah Janes and Ginger Schenck are challenged by Carolyn Spraggs, Megan Lett and Sara Marcellino (Ms. Marcellino did not attend the March 14 forum).

• Warren County R-III also has a third seat available for a partial, one-year term. Rich Barton and Rachel Besselman are the candidates, both of whom would be new to the board.

Almost every candidate who spoke Monday emphasized that they have children or grandchildren in the public schools, and that they’re deeply motivated by the future of the community’s kids.

What broadly set the candidates apart was how they became engaged with their local school boards, as well as how much each candidate was able to say about what their priorities would be once elected.

Besselman, Lett, Spraggs, Dean and Zykan all said their first engagement with their school board was within the last year or two, motivated by complaints over COVID policy and what they said was a lack of communication from current board members to parents. Barton, meanwhile, is a retired teacher and the only new candidate to express a long history with local schools.

Questions during the forum were submitted in writing by attendees. The topics were largely aimed at specific candidates, although all candidates were given an opportunity to speak to every question.

The quietest group of candidates for the evening were the Warrenton-area challengers, who had few questions directly addressed to them and spoke mostly on questions that were given to the whole group. Lett and Besselman’s main talking points were about ensuring responsiveness to parents and quality education for kids.

Spraggs, meanwhile, commented on questions related to the financial challenges of the R-III district, and both she and Barton spoke toward the need for creating a positive and creative working environment to attract and retain motivated teachers.

That mostly left incumbents Schenck and Janes to answer challenges about how they had communicated with the public during the pandemic, their thoughts on several ‘hot button’ education issues, and how to address financial challenges and staff turnover within the district. Schenck and Janes also gave the most thorough answers about their plans if re-elected, such as improvements to college and career readiness, future financial planning, and community engagement.

Wright City candidates faced a far more robust discussion. Audience members had a series of questions aimed at probing the incumbents’ policies and the positions taken by the challengers.

Incumbents Jones and Groeper discussed their decades of experience with the school board, the improvements in educational outcomes during their tenures, and their focus on using data and research to help guide district policy decisions.

Challengers Zykan and Dean, meanwhile, were asked about policy positions that they’ve outlined on campaign websites.

Dean’s published platform consists mostly of general statements about successful education alongside conservative talking points in education, including the erasure or distortion of history, critical race theory, “obscene” books, and COVID response. She was challenged to give details about how those topics would be applied to actual school policy.

Zykan, meanwhile, discussed a list of concerns related to financing a new Wright City High School, declining educational outcomes during COVID, and the same conservative cultural issues addressed by Dean. When asked how he would address any of those issues, Zykan broadly said that he would get parents more involved in solutions.

Those complaints put Jones and Groeper in the position of standing up for what is, and what is not, taught in Wright City schools. Jones explained that although COVID “wrecked” student performance on state assessments during the height of the pandemic, measurements over time have shown a strong positive improvement in class offerings and educational outcomes within the district.

Jones and Groeper both asserted that nothing even resembling critical race theory is taught in Wright City schools, and that all curriculum and learning material closely complies with Missouri Department of Education learning standards. Jones commented that although he understands concerns about this topic, he also wants to preserve older students’ freedom to have student-led discussions about difficult issues like race.

Groeper went a step further, saying that critical race theory is a non-existent problem that is being pushed as a motiving issue for elections. She said those sorts of partisan politics should stay out of education.