Heiliger was appointed to fulfill … 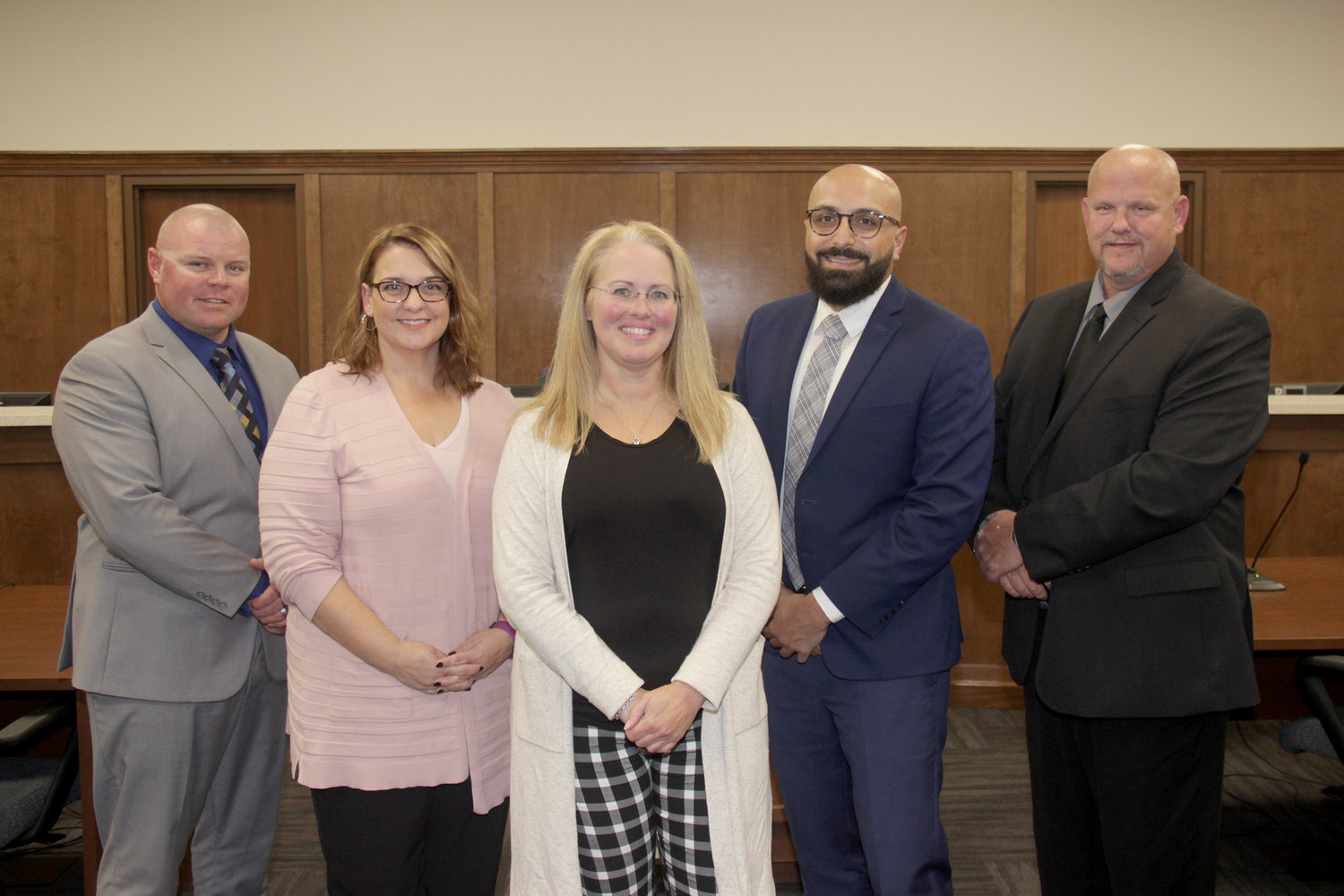 NEW LEADERS FOR WRIGHT CITY — Michelle Heiliger, center, was appointed to serve as Wright City’s mayor by her fellow aldermen on Oct. 14. Karey Owens, in pink, was appointed to Heiliger’s newly open seat on the board of aldermen. With them, from left, are aldermen Nathan Rohr, Ramiz Hakim and Don Andrews.
Adam Rollins photo
Posted Thursday, October 21, 2021 5:00 am
Adam Rollins, Staff Writer

Heiliger was appointed to fulfill the term of former Mayor Dan Rowden, who resigned in September. She will serve in office at least until April 2022, when municipal elections are held.

Heiliger was the only alderman to seek the office of mayor, along with six other city residents who spoke at a forum in September for potential public office candidates.

Aldermen held a public meeting on Oct. 14, at which Aldermen Nathan Rohr, Ramiz Hakim and Don Andrews immediately announced their support for Heiliger to take the office.

“I was honored, and maybe a little overwhelmed,” Heiliger later told The Record. “To have them say, ‘You are the best person to lead us,’ meant a ton to me.”

Although taking on the city’s executive office comes with a lot of learning, Heiliger said she knows she can rely on support and guidance from the aldermen and the city’s knowledgeable staff. Her primary goal now is to continue fostering positive growth and community relationships in Wright City, along with staying alert for ways that City Hall can improve its operations and public services.

One new emphasis Heiliger wants to bring to office is a focus on celebrating the citizens and community groups who improve life in Wright City.

For Wright City to meet its future potential, Heiliger said city leaders and staff need to work together under a shared vision for positive community growth.

“Wright City is right on the edge of what could be explosive success. But it’s going to take a road map of ‘here’s where we’re going and here’s how we’re going to get there,’” she said. “I think I do well creating those plans and empowering people in their positions to be ready for that. ... It’s all about having the right people in the right places and empowering them to be great.”

To fill Heiliger’s now-empty seat on the board of aldermen, board members asked Heiliger to nominate her replacement from among six citizens who spoke during a September candidate forum. Karey Owens received the nomination and a unanimous vote of approval.

“I love Wright City and I’m excited to get to be part of the board and represent my neighbors,” Owens told The Record. Owens is an alum of Wright City High School who moved away, and then returned with her family in 2017.

Although she admitted there’s probably a lot to learn about public office, Owens said she’s been attending public board meetings for a while in the hopes of becoming more involved in her community.

“I feel like I have a good idea of what’s been going on,” she commented. “Luckily the board of aldermen have been great about answering questions so I don’t feel like I’m at a loss.”

Owens said she wanted to get involved in government to help guide the city’s growth and safeguard it from negative impacts such as higher taxes and unnecessary regulations.

“We want to keep all the good reasons that people have moved here or choose to stay here,” she commented.

Owens added that she wants to encourage community involvement and transparency among the city’s representatives. She’ll be maintaining an alderman Facebook page and will make her phone number and email available for residents to reach out to her with their comments or concerns.