Earlier this month, the Warrenton High School boys and girls wrestling teams each competed in the Gateway Athletic Conference (GAC) Tournament, with a total of seven wrestlers competing and bringing … 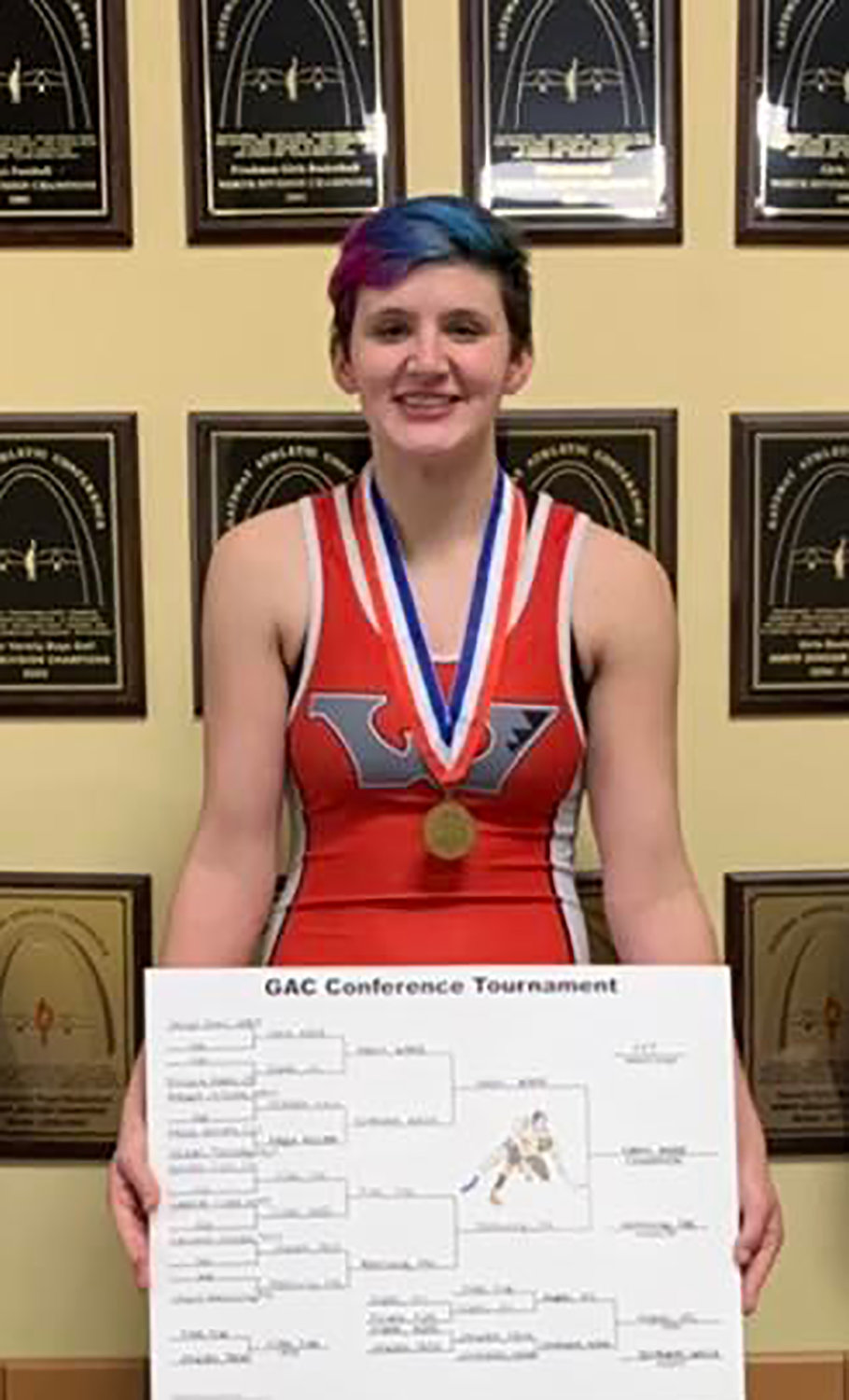 Earlier this month, the Warrenton High School boys and girls wrestling teams each competed in the Gateway Athletic Conference (GAC) Tournament, with a total of seven wrestlers competing and bringing home four medals.

On the girls side, freshman Caelyn Hanff did more than win a medal. She posted three victories, all by pinfall, in three matches and became the first GAC champion in school history. Her record improved to 11-2 by the end of the tournament.

“Caelyn wrestled really well all night. She had a little bit of a scare in her first match when she got caught in a head and arm throw and almost got pinned, but she fought her way out of that and then came back to get the win by pin,” head coach Clayton Olsson told The Record. “After that she was really focused and her last two opponents didn't really threaten her during the matches.”

For the boys, three of the five competitors managed to medal, including freshman Manny Mccauley, sophomore Jeremiah Kassing and junior Levi Penrod.

Also competing for the boys were Noah Lohrman at 120 pounds and Jacob Rudd at 195 pounds.

“The boys wrestled tough all day and I know some of them are not happy with how they finished at the tournament,” said Olsson. “But it's a learning opportunity and luckily we have a really young team so all of the guys we took this year will have an opportunity to come back and improve on their results next year.”