From delivery driver to store owner, businesswoman reflects on path to success

The story of how Jessica Curtis ended up owning three auto part and service shops in three different counties involves a healthy mix of work ethic and the right opportunities. It starts with two kids …

From delivery driver to store owner, businesswoman reflects on path to success 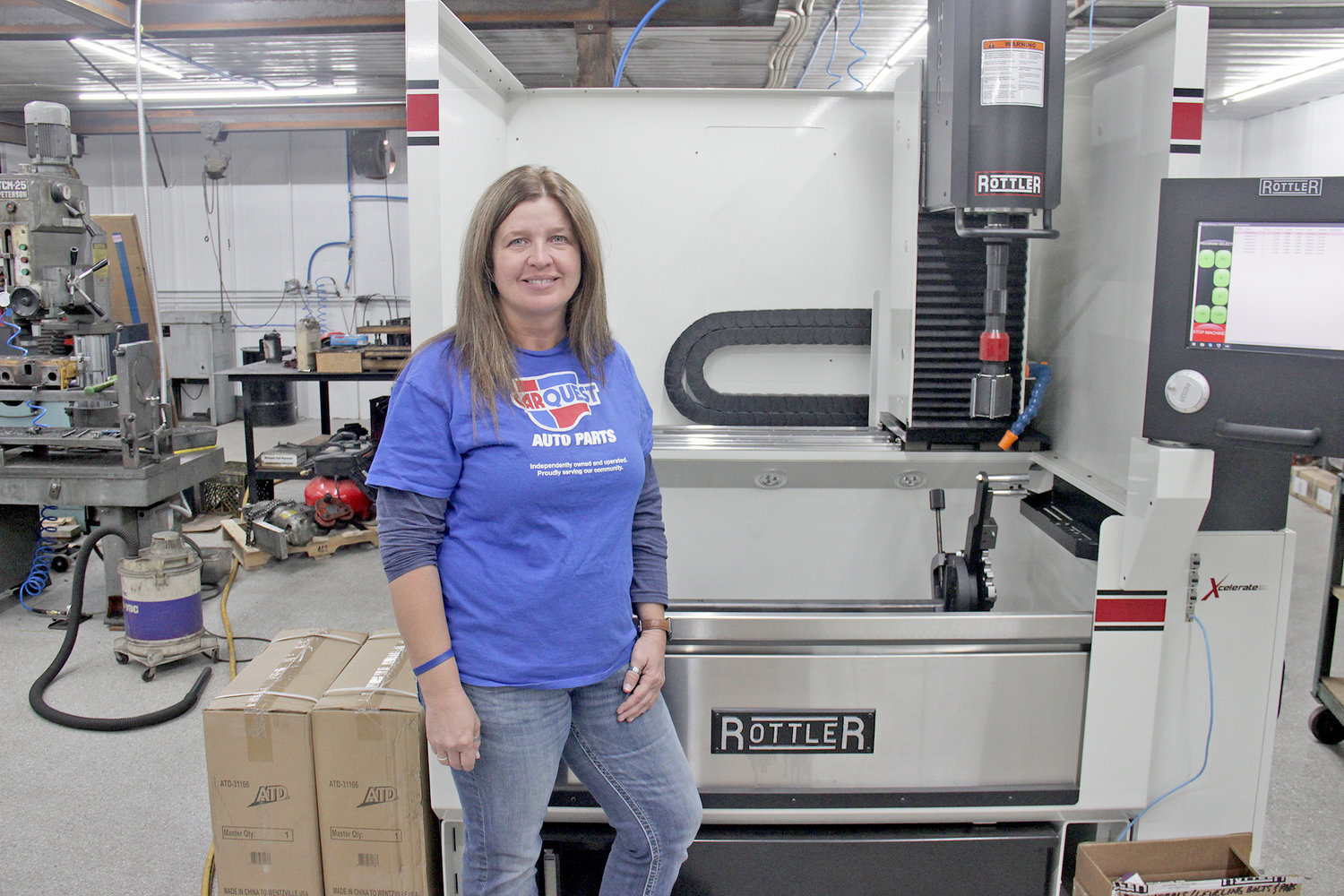 The story of how Jessica Curtis ended up owning three auto part and service shops in three different counties involves a healthy mix of work ethic and the right opportunities. It starts with two kids and a mom in need of work.

“I had two young boys, and the local auto parts store needed a delivery driver. I started delivering parts in 1999,” said Curtis, the owner of the Double J Auto Parts stores in Warrenton, Montgomery City and Hermann.

That delivery job was at the Carquest store in Montgomery City, situated just off the main street through town. At the time, the store was directly owned by Carquest, a national auto parts company. Curtis worked there for years, moving into jobs at the front counter and doing sales. She got promoted to store manager in 2007.

“Then in 2008, they offered to sell it to me,” Curtis explained. “Stores in a small town do better when they’re locally owned and operated, versus a big corporation in a small town.”

Carquest wanted her to turn the store into an independently owned Carquest affiliate. To make that happen, Curtis said Carquest assisted her in getting a loan to buy the store, and thus Double J was born.

She said that despite some people thinking business owners get to take it easy, the opposite is true at a successful small business.

“You come in early and you stay late. Everybody else gets to go home and you’re still here working. When other people want off, you’re here working,” Curtis said. “It isn’t about you always getting to do what you want to do, but it is definitely a very good experience.”

To help her on her way, Carquest provided Curtis and other independent owners with classes on business management. The corporation has been very supportive in helping their affiliate stores succeed, Curtis said.

In 2014 and 2018, Curtis expanded Double J by purchasing the independent Carquest affiliate shops in Hermann and Warrenton as their owners were retiring. Between the three stores, she employs a total of 18 people.

Other than the basic functions of managing staff and finances, Curtis said one of the most important things she’s learned is how to keep a business going when cashflow slumps. The Montgomery store especially thrives and struggles in tandem with the local agricultural economy, she said.

“There’s times you’re really not booming. You’ve got to have a plan for that,” Curtis commented. She said she’s found success by having a strong work ethic, but also realizing there are things she can’t do alone.

To keep her business relevant, Curtis has been setting long-term goals for improvements at each location. The Warrenton store recently finished a complete renovation and upgrades in its attached machine shop, which can also serve its sister locations.

Next, Curtis plans to expand her inventory in Hermann, and eventually plans to build a new building in Montgomery.

Curtis’ motivation to put in the hours and strive for a quality business is partly that she enjoys helping customers, but mostly comes back to family. When she first started over 20 years ago, she was trying to support her own children. Then her family grew to include everyone at the shops as well.

“All my employees are family. I try to help them do good for themselves and their families,” she commented.

Anyone dreaming of running their own business should learn good management practices, seek advice from other owners and be willing to change how they do things, Curtis said. But her most important advice is to never be stopped by a fear of failure.

“You need to go for it. The worst you can do is fail, but if you don’t do it, you still fail anyway.”