The new proprietor of the KT Caboose wants to live on the same property as his cafe, but Marthasville ordinance forces him to rent a place to live off-site. 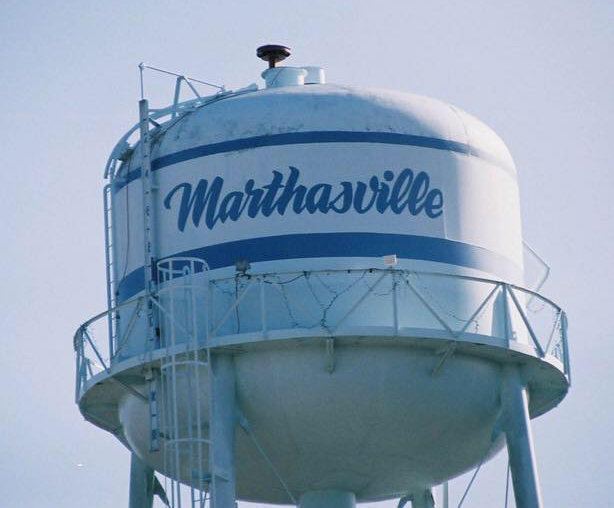 The current proprietor of the KT Caboose cafe, one of Marthasville’s unique attractions, is seeking permission from the city to keep the camper where he lives on the property where he works.

Jon Koresko moved to Marthasville from out of state early this year in order to take over the cafe. He leases the caboose property, which is a 1.6 acre lot along the Katy Trail. The cafe serves as a stop for bikers on the trail, as well as a tent camping site.

Koresko addressed the Marthasville Board of Aldermen on Aug. 18, explaining that his original intent for the property was to bring his camping trailer there when he moved to town and live in it behind the caboose. That plan was scrapped when he was told that the camper would violate a city prohibition on parking mobile homes outside designated areas.

“That was a bit of a dismay for me. I spent about the next month looking for a place to go and thinking perhaps the caboose wasn’t going to happen,” Koresko said. Eventually, he was able to rent a spot for his camper just outside the city limits, but he said that unexpected cost isn’t sustainable for him.

“It’s become cost-prohibitive for me to be paying for a place to rent just outside the city and leasing the caboose. It’s been rather difficult,” Koresko said.

Koresko is asking the board of aldermen to reevaluate the interpretation of the city’s mobile home ordinance that he said was given to him by Mayor David Lange. The cafe owner is arguing that his camper should be treated like a vehicle, rather than like pre-manufactured homes that are often referred to as “mobile homes.”

“The Department of Revenue for the state Missouri taxes, titles and registers it as a trailer. I don’t think it’s a mobile home,” Koresko told the aldermen.

City leaders declined to discuss the issue with Koresko during their Aug. 18 meeting.

“Thanks for your comments. I would encourage you to send an email to the entire board for further review and consideration,” Alderman Nick Lange told Koresko.

Mayor David Lange said the aldermen would be willing to visit the caboose property to talk with Koresko. He directed the cafe owner to get his request placed on the board of aldermen’s September meeting agenda if he wants to have a discussion with the full board.

A new basketball court next to the pavilion at Marthasville City Park is nearing completion. Lamke Trenching and Excavating poured the concrete for the court and basket poles in August. It cost the city about $5,200 for work that would normally have cost over $9,000, Mayor Lange said.

“$4,200 is what Lamke donated, half of his labor cost, toward the basketball court,” said Lange. “We thank Lamke Trenching and Excavating for their donation to the community.”

The basketball court will also have court markings, stenciled art, and lighting installed, and the city is purchasing elevated planters to act as a barrier against vehicle encroachment. City leaders said spots around the court could also be reserved for memorial benches to be installed there over time.

KT Caboose, Marthasville Board of Aldermen