Samantha Byerley has had quite a debut in her first year competing for the Wright City girls wrestling team. A state berth was the reward for the sophomore grappler.

Byerley won two of her three … 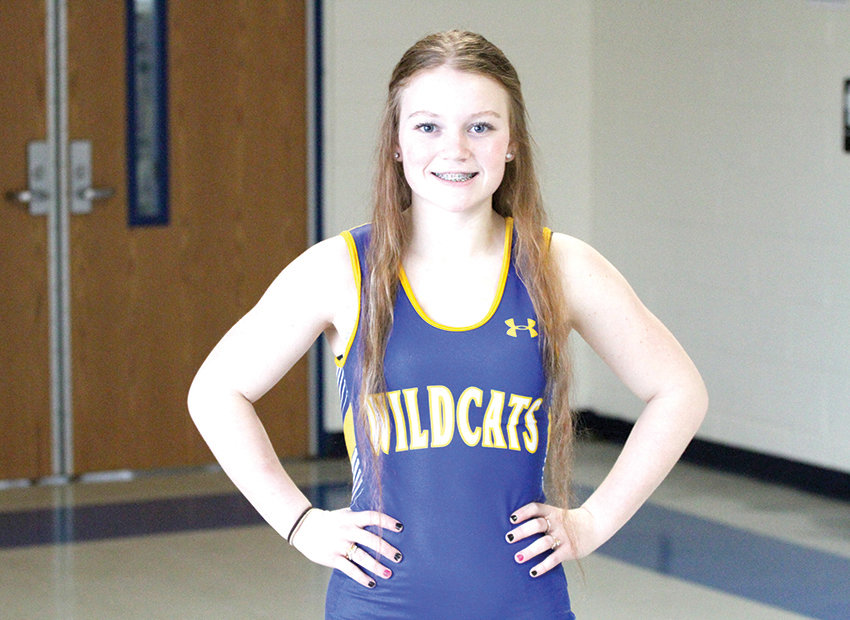 Samantha Byerley has had quite a debut in her first year competing for the Wright City girls wrestling team. A state berth was the reward for the sophomore grappler.

Byerley won two of her three matches at Saturday’s sectional meet and qualified for state. She competed in the 117-pound division.

“This is Sam’s first season wrestling for the high school, so reaching state is a big achievement,” Wright City Coach Billy Garrett said. “As the season progressed, reaching the state meet was one of the big goals Sam was working for.”

Byerley will compete at state March 9. The tournament will be held at the Cable Dahmer Arena in Independence. The top four finishers in each weight class advanced to state.

Byerley opened sectionals with a first-round pin over Zoey Mzeru of Jefferson City. She followed with a second-round pin of Holt’s Reece Wilmes.

In the title match, Byerley was pinned by Fulton’s Rylee Baker.

“At sectionals Sam showed that she is becoming a more dynamic wrestler, providing her with more opportunities to score on her opponents,” Garrett said.

Freshman Elizabeth Riggs also competed in sectionals for Wright City, winning one of her three matches. She won her opening match by pinfall in the second period over Blair Oaks’ Alayna Roling.

She lost a 6-5 decision to McCluer North’s Natalie Schaljo in the consolation semifinals and was eliminated.

“Lizzie had a great first season of wrestling,” Garrett said. “An early round upset on the opposite side of the bracket made her draw tougher and all of Lizzie’s postseason losses came to multiple-time state qualifiers.”

Garrett has high hopes for both wrestlers next year.

“Sam and Lizzie both have been improving greatly as the season winds down,” he said. “Both girls are also more confident in their abilities as they enter a match.