After decades of public service, Tim Joyce is retiring

Tim Joyce, who has been the city attorney advising the government of Truesdale for 38 years, is retiring at the end of this year.

After decades of public service, Tim Joyce is retiring 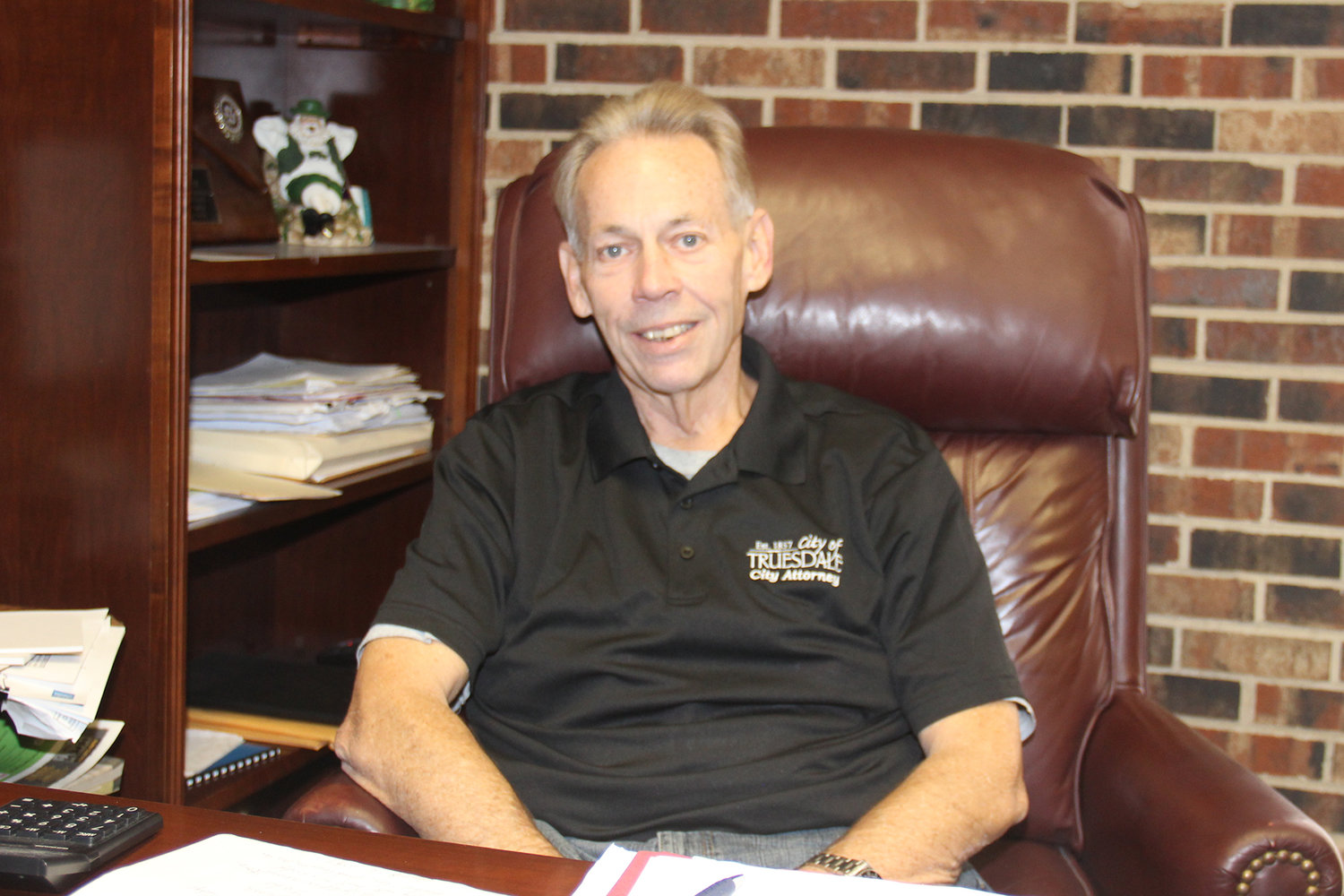 Tim Joyce, who has been the city attorney advising the government of Truesdale for 38 years, is retiring at the end of this year.

“I’m 67 years old. We’ve moved to Innsbrook, which my wife and I thoroughly enjoy. We want to do some traveling,” Joyce commented. “You never know when the Good Lord’s gonna take you, so I just thought it’s good timing.”

Since being brought on by Mayor Jerry Pherigo in 1982, Joyce has served the city longer than most employees of any government, especially among for-hire attorneys contracted a year at a time. As city attorney, Joyce advised six mayors and numerous aldermen about their role in government, and drafted the ordinances that carry out the vision of those elected leaders. He also helped carry out those ordinances as the city’s prosecutor.

“I think Truesdale is going to keep growing. ... I look for Truesdale to be prospering,” Joyce commented. “Plus, I feel very good about the current mayor and board (of aldermen) that we have. They’re careful with a buck, but certainly looking to what we’ve gotta do for the future that benefits Truesdale.”

Joyce is originally from the town of Edina, Mo. He attended college at Northeast Missouri State University (now called Truman State University). He then worked for the Missouri Legislature and governor’s office while saving money to attend law school at University of Missouri Kansas City.

Joyce graduated law school in 1979, becoming a federal attorney in Kansas City. In 1981, former State Rep. Russell Brockfeld asked Joyce to come serve as the Warren County prosecutor, which then was a part-time job. Joyce held that post for eight years, at various times working as a special prosecutor in 17 other counties and managing grand jury indictments in St. Louis.

Joyce recounted several memorable cases from that time. A jail escape trial that only needed two questions to get a conviction. A theatrical mock trial for which he advised, which returned opposite verdicts on back-to-back days. An actual jury selection for which he asked no questions and didn’t remove any candidates, then won the case (quite the gambit for an attorney).

After leaving office in 1990, Joyce continued his private practice in Warrenton, but never left his role as Truesdale’s legal counsel.

City Administrator MaryLou Rainwater, the only city employee who has Joyce’s length of service beat by a few months, said Joyce has been an important advisor.

“He’s easy to understand. He takes the time to explain so that a layman can understand attorney terms. He also shares the board’s vision on what’s best for the city,” Rainwater said. “We’ve been very blessed as a city to have him. He’s helped the city grow in the right direction.”

Mayor Chris Watson said he’s known Joyce as someone reliable all his life, and has continued to rely on him in office.

“If he gives you an answer or a suggestion, you can trust what he’s telling you,” Watson commented. He added that Joyce takes time to be part of the community, something a city attorney isn’t expected to do.

Joyce said he’s proud of the work he’s done, and grateful for those he’s learned from, including attorney Bob Hoelscher who he started practice here with, and judges Keith Sutherland and Edward Hodge.

Going forward, Joyce’s practice, and the role of Truesdale city attorney, will be taken up by Joyce’s daughter, Kathleen Gorman.

“I take pride in that. She’s a lot smarter than me,” Joyce commented.