A condemned house on Westwoods Road in Wright City has been a years-long source of frustration for nearby residents, generating persistent complaints to city officials who say getting a fix has been … 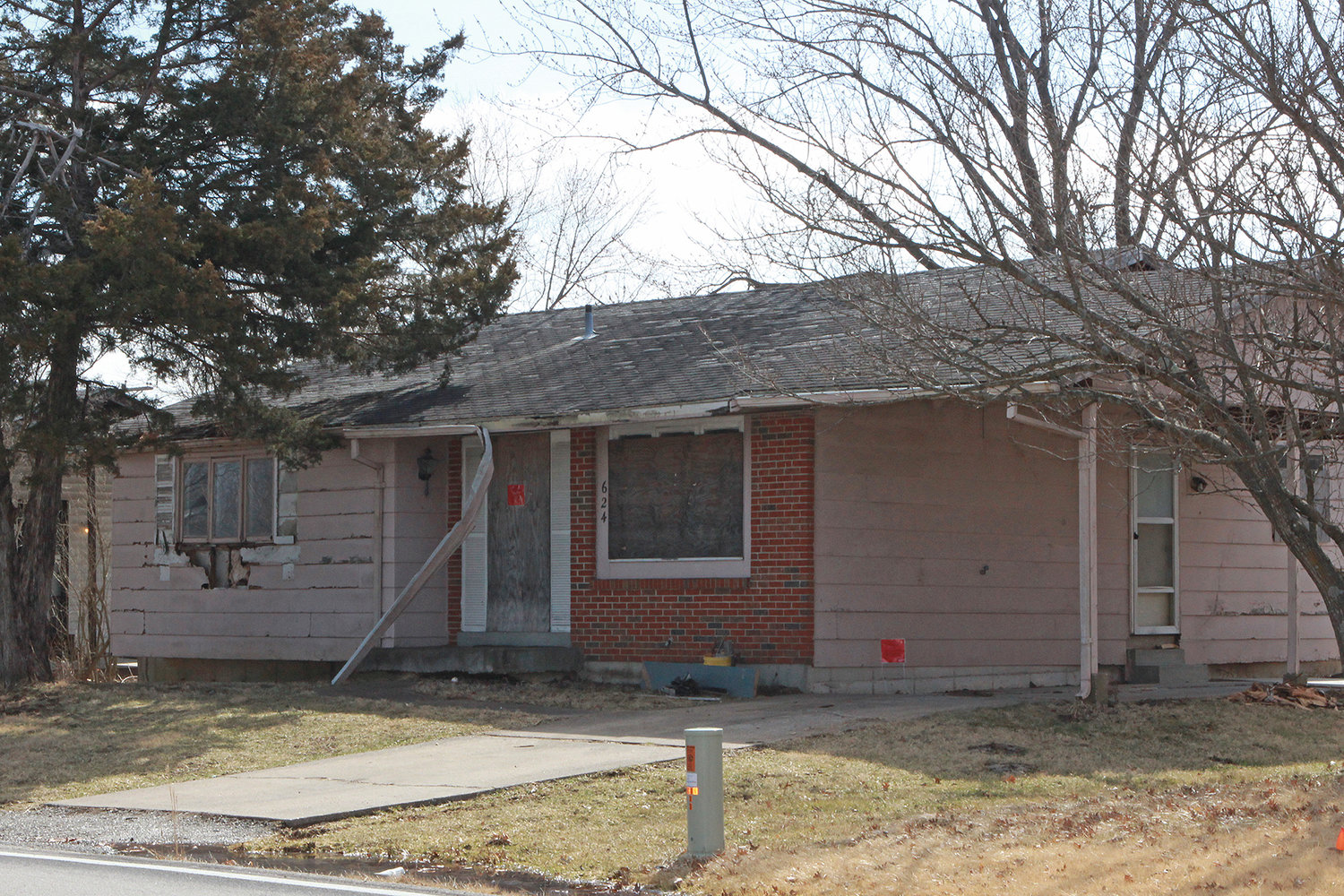 CONDEMNED — A vacant house on Westwoods Road in Wright City has been a cause of complaints from neighbors for years. A condemnation hearing is being held in April.
Adam Rollins photo
Posted Friday, March 11, 2022 5:00 am
Adam Rollins, Staff Writer

A condemned house on Westwoods Road in Wright City has been a years-long source of frustration for nearby residents, generating persistent complaints to city officials who say getting a fix has been a slow process.

The house, located less than 300 feet from Wright City Hall, has been unoccupied for at least 10 years and has significant structural damage, according to City Administrator Jim Schuchmann. Along with a variety of damages to the exterior and windows, the foundation of the house has begun to collapse, Schuchmann said.

As the property’s condition has worsened over the last decade, nearby residents say they’ve petitioned the city government a number of times to make the home get fixed or be demolished. After years of not seeing progress, multiple neighbors have made increasingly frequent appearances before the board of aldermen to express their growing frustration.

City leaders now say they are taking legal action against the property, but that anytime legal procedures are involved, the resolution can be extremely slow. Still, that’s the system the city has to use if it wants to get the problem addressed, said Mayor Michelle Heiliger.

“There are certain rules set by the state of Missouri that we are required to follow when it comes to people’s personal property,” Heiliger told one resident in February. “What we can do is follow our process for civil and criminal court.”

During a recent discussion with The Record, Schuchmann said the property has been condemned, and that he will preside over a formal hearing scheduled for April 20 to determine the fate of the property. He said the result of the hearing could be as significant as an order to demolish the house at the property owner's expense, unless the owner is willing to take extensive measures to repair the structure.

Of course, if the property owner doesn’t like the city's ruling, they can file an appeal at the Warren County Circuit Court, Schuchmann said. Based on the speed of other civil cases in the court, such an appeal would vastly delay any resolution.

Schuchmann said one of the reasons the issue has taken so long to even get this far is that since the property became vacant, it has been difficult to even determine who is responsible for maintaining the property.

“Previously, this home was owned by a family trust, and trying to track down the responsible parties for the trust was a difficulty,” Schuchmann explained. Eventually, the Warren County government took possession of the property due to unpaid taxes, then sold the house to a new owner. But the legal process to possess and transfer properties due to taxes is its own sort of mess, with options for the previous owner to reverse the sale, so it’s not even clear who the final owner of the property will be, Schuchmann said.

“I would hope that we see some action on this property this year. But this is a legal process, and property owners have rights,” Schuchmann added.

City officials have commented that they prefer that any sort of property issue never reaches this point, and that the city government wants to avoid using legal force to make property owners comply with building codes. But in the case of this property, years of effort to get voluntary repairs done went nowhere, Schuchmann said.

“The city always tries to avoid being a bully forcing its will on a property owner. We try to work with property owners to get a satisfactory result,” Schuchmann said. “We’ve been working for years to get a resolution here voluntarily, but it unfortunately hasn’t worked out that way.”

Correction: A previous version of this article incorrectly stated that a condemnation hearing would be presided over by a municipal court judge. The hearing is being conducted outside of the municipal court system. The Record regrets this error.