A new queen has been crowned in Warren County. In an annual tradition marked by pageantry and cheers, Payton Duncan was named the 2022 Warren County fair queen at a coronation ceremony on … 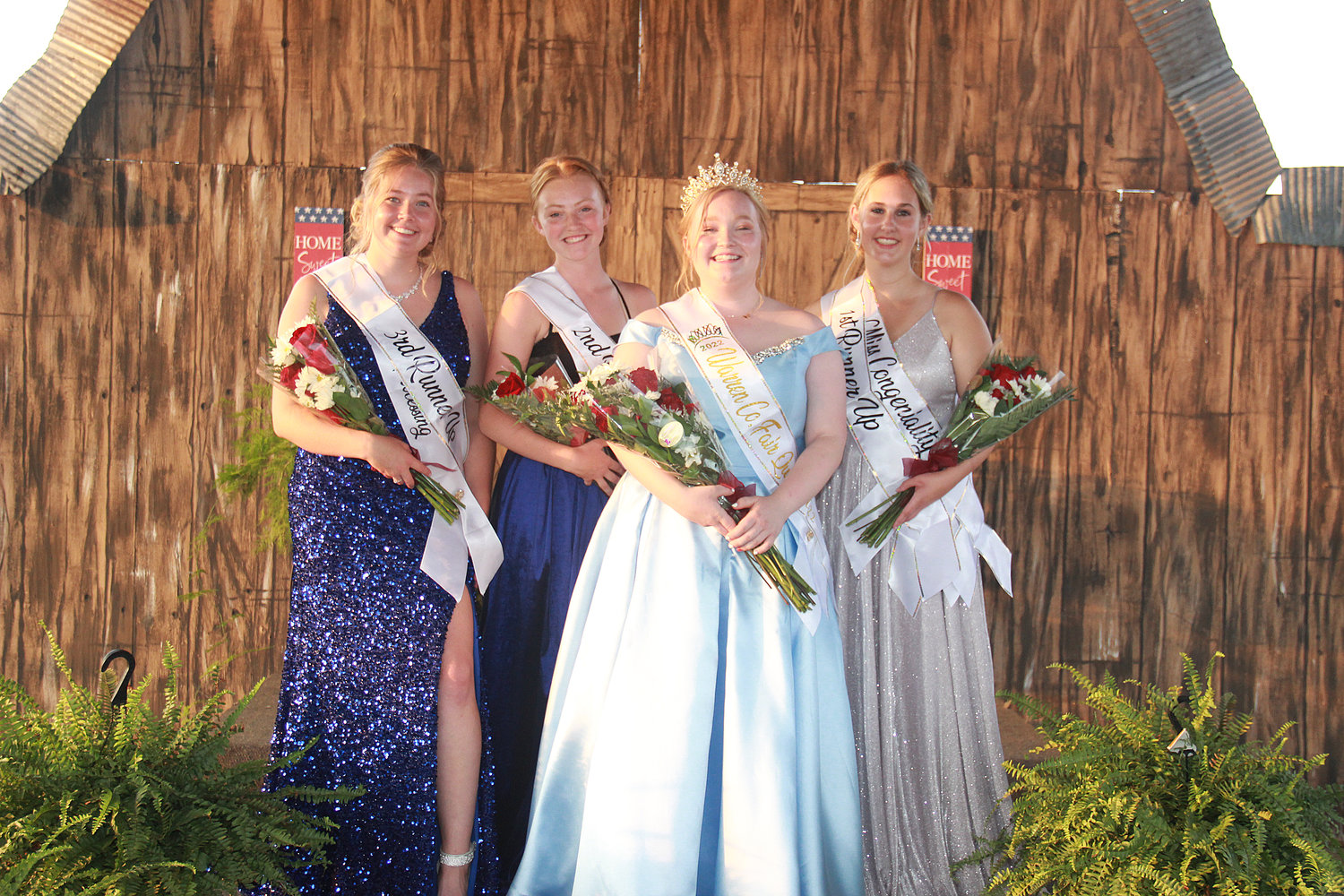 A new queen has been crowned in Warren County. In an annual tradition marked by pageantry and cheers, Payton Duncan was named the 2022 Warren County fair queen at a coronation ceremony on Sunday.

The moment she realized her name was going to be announced for the honor on stage at the county fairgrounds, Duncan’s eyes widened and her breath caught for a moment. She and 10 other contenders spent this summer preparing for a contest of charm, talent, presentation and poise, with Duncan earning the highest overall marks.

“I’m very excited. There’s a lot of emotions right now,” Duncan said. “I’ve seen a lot of girls I looked up to run in the fair queen contest, people like Madelyn Guss, Dana Sherman and Dawn Sherman. All of them were my role models, and I get to follow in their footsteps. I just want to be a great role model for all the girls at the fair showing animals.”

Duncan is a longtime member of the 4-H and FFA youth agriculture organizations, and a regular face showing poultry at the Warren County Fair. She graduated from Warrenton High School this year.

She said the most meaningful aspect of participating in the queen contest was the relationships that developed among the contestants. She recommends the experience as an amazing period of growth and community.

One particularly special relationship to Duncan was that her sister, Allison, also competed in the contest and was named second runner-up. The top four contestants get to help be the faces of the county fair throughout this week.

“I’m super happy that my sister is on court as well, so we’ll get to share the spotlight one last time before I go to college,” Duncan noted.

To earn their rankings, the contestants competed in three categories: interview, speech or talent, and evening gown. Duncan said she was happiest with the interview portion, which she earned first place in, and also the talent section, where she got to express a less-known side of herself as a 10-year piano player.

“It was amazing to get to showcase myself in that light. I was FFA president and was very shown in the agricultural light, but I also wanted to really show my musical side,” Duncan elaborated.

Duncan’s parents, Jay and Angie Duncan, said they’re proud to see their daughters make the queen’s court in their first year participating. They said participating in youth programs through the fair, 4-H and FFA have been an important part of their daughters’ lives.

“It’s such a good community to be a part of. The friendships they’ve made has really kept them going,” said Angie. “For Payton, especially, it really helped her find her calling. ... She really wants to do plant science and horticulture.”

Also named for a particularly special honor at the queen’s coronation was Miss Congeniality Britney Gifford. In addition to her high marks that earned a spot on the court, Gifford was voted by her fellow contestants as having the best character.

Even at her young age, Gifford is a strong advocate for charitable causes, particularly juvenile arthritis and children with special needs. She said she saw the queen contest as an opportunity to be involved in community service, as well as a fun pageant.

Gifford said she was grateful for the opportunity to get to know the other young women who shared her hope of becoming the fair queen.

“I always just go by the motto of, ‘Be your complete, authentic self,’” Gifford noted. “I just wanted them to know me for me. That was really important, just being me and making sure that I was there for everyone.”

Correction: A previous version of this article misspelled Britney Gifford's name as Brittany.